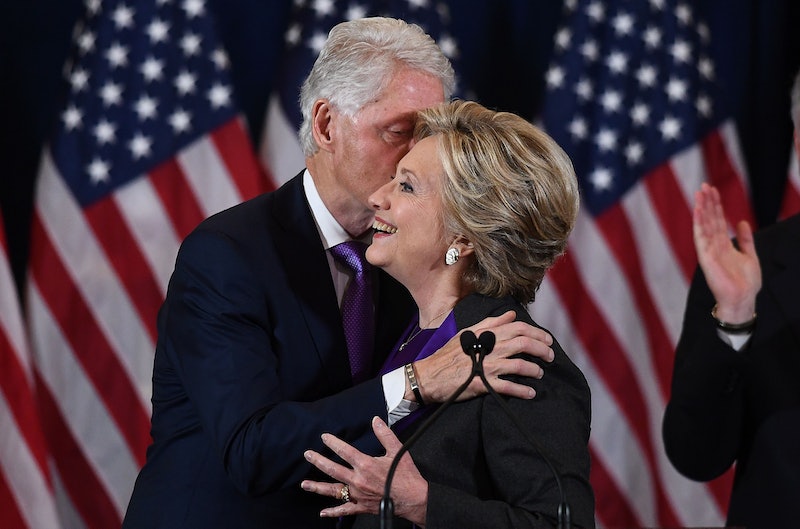 On Tuesday afternoon, it was reported that Bill and Hillary Clinton will attend Donald Trump's inauguration ceremony. NBC News reported that the 42nd president and Trump's Democratic challenger will watch him be sworn into office on Jan. 20. "Yes, they will be attending the inauguration," aides for both Clintons said, according to a report in Politico.

The news came shortly after George W. Bush and Laura Bush announced they would be attending the inauguration. Until Tuesday, only one ex-president had confirmed he would be attending: Jimmy Carter. George H.W. Bush's spokesman, Jim McGrath, had already confirmed that the 41st president would not be attending due to his age. The 92-year-old Bush also missed President Obama's second presidential inauguration in 2013 because of health concerns.

While former presidents tend to be present for inauguration ceremonies, it would not exactly have been surprising for Clinton to skip out on this one. After all, Trump not only beat his wife, the former New York senator and secretary of state, but regularly hurled insults at her. Trump called Clinton a "nasty woman" and led his rallies in chants of "lock her up!"

Given that Bill Clinton did call to congratulate Trump after the election, the announcement that he and Hillary would watch him be sworn in as president is still surprising.