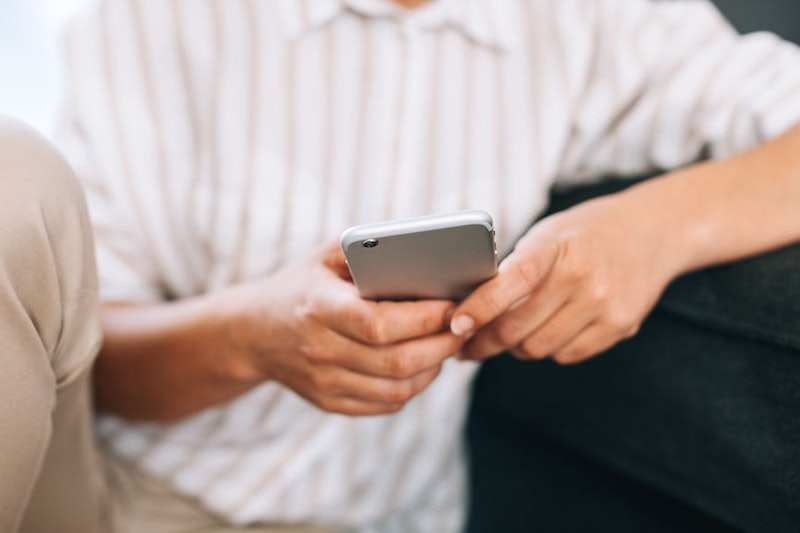 BONNINSTUDIO/Stocksy
By Emily Dixon
May 5, 2019

Police bosses in the UK are calling for the Crown Prosecution Service to scrap new consent forms telling rape victims to hand over their phones. Earlier this week, the BBC reported that rape victims will be asked for access to digital information including messages, emails, and photos; if they refuse, they could see their cases dropped. Now, the Association of Police and Crime Commissioners (APCC) has said the new forms should be withdrawn, lest they harm rape victims and threaten confidence in the justice system.

Dame Vera Baird, the APCC's victims lead, said in a statement, "In our communities, rape and sex offence complainants are telling us that unless they grant unfettered access to their mobile devices, they are told that their case will not be proceeded with. There are also a large number of examples where material unconnected to the facts of the case and sometimes months or years before on entirely different topics has been handed by CPS to the defence and used at court to try to discredit the complainant. These examples are all from sexual assault and rape cases."

"Whilst we recognise that police must pursue all reasonable lines of inquiry and disclose anything that may undermine the prosecution or assist the defence, this form has been called a digital strip search by campaigners," Baird said.

David Lloyd, the APCC's criminal justice lead, said, "We have no doubt that this form, as it currently stands, should be withdrawn, or it is likely to result in a loss of confidence in the police, the CPS and the criminal justice system more broadly."

Julia Mulligan, deputy victims lead, said, "As someone with lived experience I can tell you that it is hard enough having to live through a sexual attack or rape, without having to expose oneself to this 'in return' for an investigation. And to be told you have no chance of justice without doing so is truly awful."

According to the BBC, the consent forms are most likely to be used in, but aren't limited to, cases of rape and sexual assault, since the victim is likely to know the suspect. Victims who refuse to consent to police viewing their personal information will have the opportunity to explain why, the forms say. However, the forms also say that if victims don't give their consent, "then it may not be possible for the investigation or prosecution to continue."

The new forms provoked condemnation, while the Centre for Women's Justice is planning a legal challenge against the practice. Director Harriet Wistrich told the BBC, "We seem to be going back to the bad old days when victims of rape are being treated as suspects."

Katie Russell, a spokesperson for Rape Crisis England and Wales, said in a statement, "When criminal justice outcomes for victims and survivors of child sexual abuse, rape and all forms of sexual violence are so woefully low, we have to question whether the routine gathering and storage of such huge volumes of their personal data, much of which will inevitably be completely irrelevant to the allegations in question, is justifiable or in the interests of justice, particularly when it has the potential to feel punitive and put people off reporting."