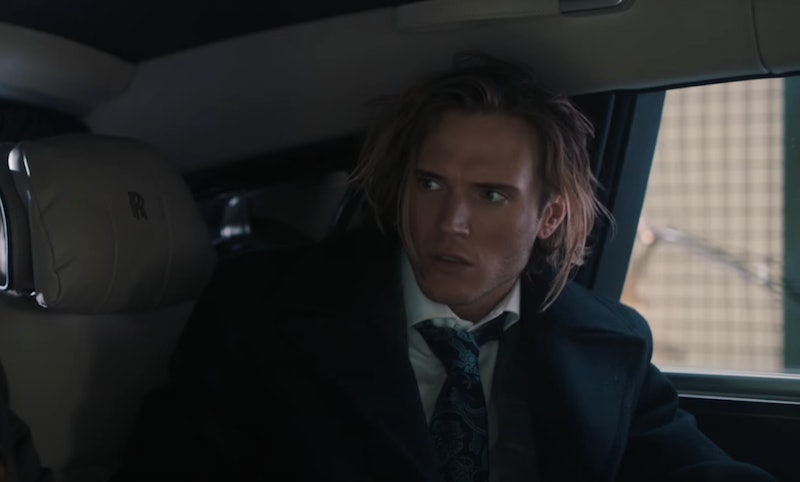 Vertical Entertainment/Youtube
By Rebecca Fearn
May 22, 2020

Many singers make the leap from music to film. Lady Gaga, JLo, and Justin Timberlake are all among the most recognisable singers to try their hand at acting, and there are plenty more where that came from. The latest musician to give acting a go is one of our own; in fact, McFly's Dougie recently starred in a thriller called The Host. The film premiered back in January and can now be caught on certain streaming services but, I'll be honest, it looks a little... odd.

Dougie Poynter plays Steve Atkinson, whose brother Robert (played by Mike Beckingham) has gone missing and found himself tied up in some rather risky business. After stealing £50k and making a redemption deal with a man to take a suitcase to Amsterdam, the London businessman finds himself in hot water when he goes to stay at an Airbnb-style rental hosted by a strange woman named Vera (Maryam Hassouni). From there, things begin to get creepy, and Poynter's character is called in to find his brother, with his wife and child in danger if he fails to do so.

Poynter plays has a pretty pivotal role in the film, and the trailer makes it clear he has more than enough time to shine in his movie debut.

But here's the thing: while Poynter's acting skills look pretty good, The Host itself has received rather underwhelming reviews from sites such as IMDB and Rotten Tomatoes, scoring just 27% from critics on the Tomatometer. A review by The Hollywood Reporter also panned the film, writing that the characters were un-relatable, and the storyline a little all over the place.

If you want to give it a go despite the bad reviews, you can stream the film on Amazon Prime for £4.49 or YouTube for £3.49.

While this is arguably Poynter's biggest movie role to date, the singer has had small roles in a couple of films in recent years after taking acting lessons in LA.