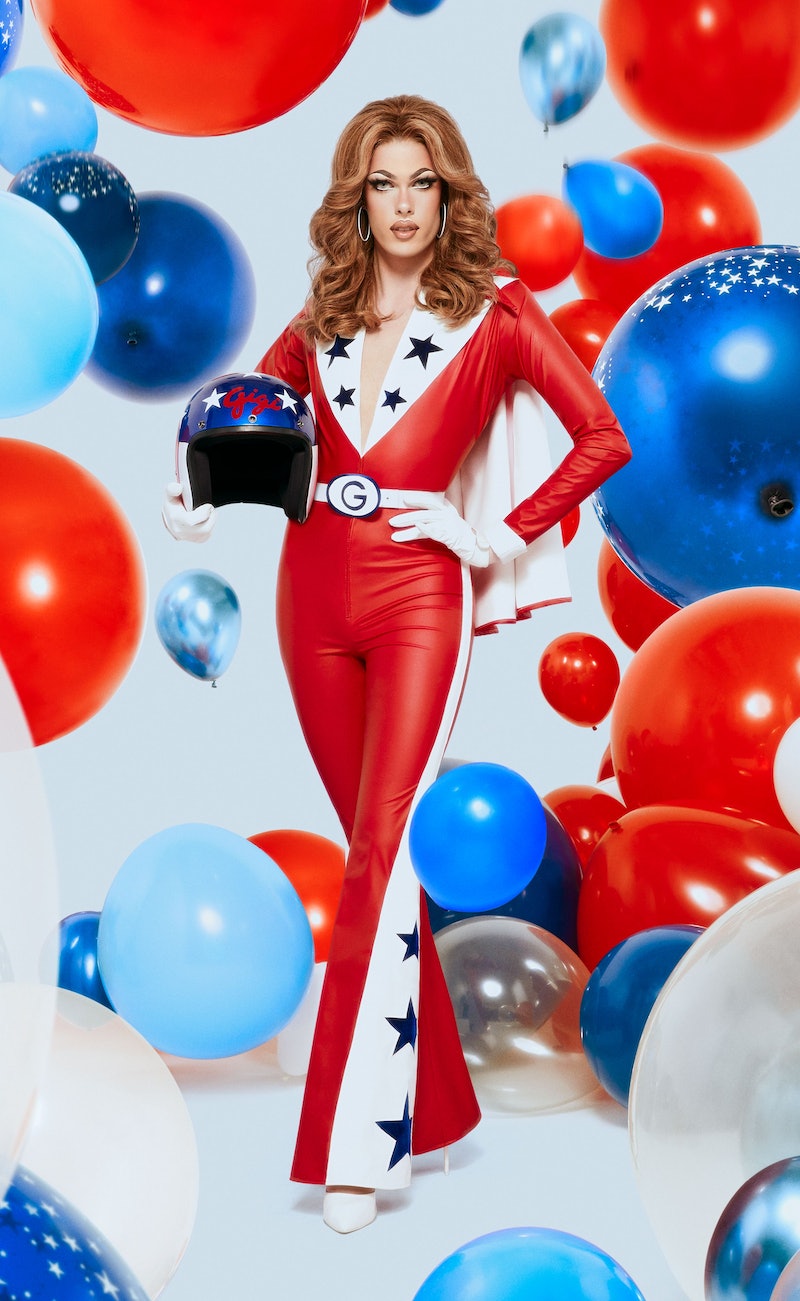 Want to know the key to Drag Race Season 12 star Gigi Goode's great lewks? Ask her mom. As the 21-year-old queen explained on the show, her mom, Kristi Geggie, is a costume and interior designer who taught her to sew. That came in handy during the March 20's episode mini-design challenge, which landed Gigi her first win. It also made clear that Gigi's mom taught her way more than how to handle a needle and thread: she taught her how to conceptualize looks. Now, they work as a team to create most of what Gigi wears.

"My drag became very 1950s and 1940s inspired," Gigi told Indiewire in February of her mom's early influence. "I would wear strictly vintage dresses, which came in handy because my mom, as a costume designer, has a cedar closet in our basement full of vintage dresses. At age 16, me as a new drag queen didn't quite know how to put things together, and my mom would be see me walk out the door and be like, 'Oh. No, no. No. Let's go back downstairs and find a different glove for you.'"

Geggie's Instagram is full of design photos from sketch to finish, crediting Gigi for most of the concepts and herself for construction. Exhibit A: this incredible color-blocked biker jacket made from polyester tablecloths because "it's what you do when you're on a budget," Geggie explained in the caption.

Additionally, Gigi's Instagram credits her mom for quite a few of her looks.

Most queens come to Drag Race with maybe one or two full garment constructions under their belts. Gigi, on the other hand, was able to sew in a zipper to her ball-themed runway look during the mini-challenge. That may seem menial, but in the design world, it speaks volumes to her level of skill. "Fashion means everything to me," Gigi said during the Season 12 premiere. "I see my drag going to the cover of Vogue. Period."

More like this
Are Michael & Sierra Still Together After Bachelor In Paradise?
By Kadin Burnett
Is Salley Actually Going To Be On 'Bachelor In Paradise'?
By Kadin Burnett
What Happened With Justin & Salley Pre-'BiP'? They Fueled Rumors At Stagecoach
By Grace Wehniainen
Tyra Banks Flubbed The Name Of Charli D’Amelio’s Boyfriend On 'DWTS' Bond Night
By Jake Viswanath
Get Even More From Bustle — Sign Up For The Newsletter