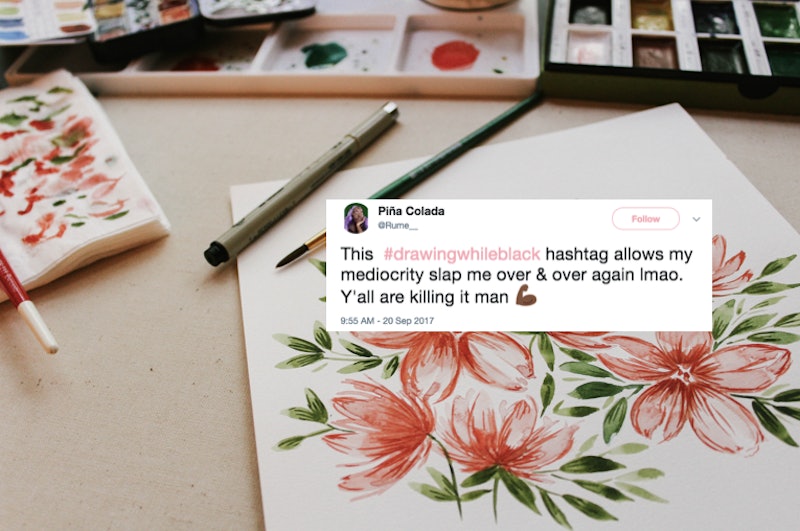 If you've been paying any attention to Twitter lately, you may have been drawn into the amazing trending topic, #DrawingWhileBlack. Organized by a teenage illustrator named Annabelle, who happens to be a first-generation Ghanaian immigrant to the U.S., the hashtag rapidly attracted thousands of submissions from Black illustrators, cartoonists, and artists from across the digital sphere. Some of them were in prominent positions (Disney animators and Marvel concept artists joined in), and others were promoting work that rarely sees professional appraisal. But the whole point of #DrawingWhileBlack — one that was rapidly hijacked by trolls who declared that "drawing while white" was important too — was to highlight the consistent issue of racism in creative fields. Across the many areas of professional visual art, from animation to cartoons to paintings in galleries, Black artists, and Black women in particular, remain at a disadvantage.

The sheer numbers of the #DrawingWhileBlack respondents and the high calibre of their art dispelled the myth that employers looking for Black artists "couldn't find one good enough," as some tweeters noted. The social media celebration of skill and community has captivated the internet, but it also points to a widespread issue in artistic industries in general, and how difficult it still is for talented Black artists to make it professionally.