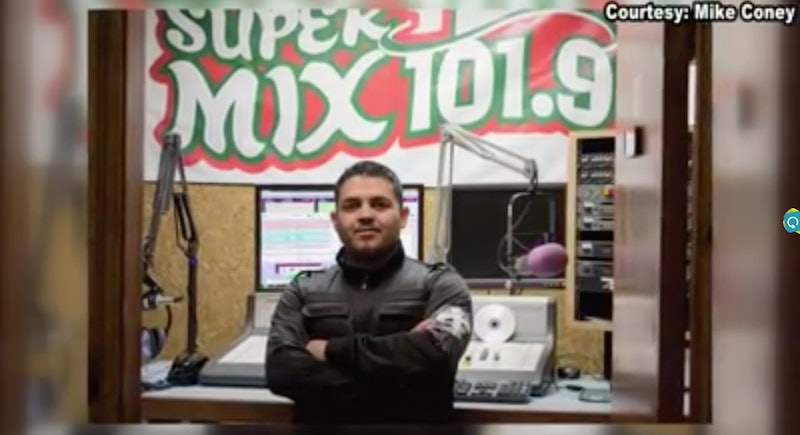 In times of intense danger, calamity, or distress, some brave people are willing to put their own lives on the line to save and protect others. That, by all accounts, was the decision Alonso Guillen made when Hurricane Harvey hit the greater Houston area. The 31-year-old reportedly took to the stricken flood zones in a rescue boat, hoping to help save people caught up in the record-breaking floods, but ultimately ended up losing his life in the process. And now, according to The Houston Chronicle, Guillen's mother can't cross the border for his funeral.

According to the report from Susan Carroll and Lomi Kriel, Guillen's body was discovered on Sunday, days after the rescue boat he'd been on crashed near an Interstate 45 frontage road. In addition to volunteering to help save people from the flood, Guillen was a Dreamer, one of the hundreds of thousands of undocumented immigrants brought the the United States as children who've made use of the Deferred Action for Childhood Arrivals (DACA) program launched by former president Barack Obama in 2012. The program is currently in peril, as President Donald Trump is expected to end it.

According to the Chronicle, while Guillen's father is a permanent resident of the United States, his mother Rita is not. She's reportedly still navigating the applications process while living in Piedras Negras, Mexico, a city that sits right up against the U.S./Mexico border.

And although she hoped that she'd be shown some compassion by U.S. border authorities, by way of a humanitarian visa to enable her to attend her son's funeral, she told the paper that she won't be allowed to cross the border.

I've lost a great son, you have no idea. I'm asking God to give me strength. ... When we are with God, there are no borders. Man made borders on this earth.

The Customs and Border Patrol has publicly responded to the reporting about Guillen's death and his mother's inability to attend his funeral, contesting some details of the account in a statement posted to Twitter on Monday afternoon.

The question of what will happen to the DACA program and the hundreds of thousands of undocumented immigrants who rely on it is still uncertain, although it's increasingly believed that Trump will soon announce his intention to end it.

On Sunday, Politico reported that Trump intends to end DACA after a six-month delay to enable Congress to take action, leaving open the very real possibility that the two-year work permits and conditional protection from deportation the program grants will end up disappearing.