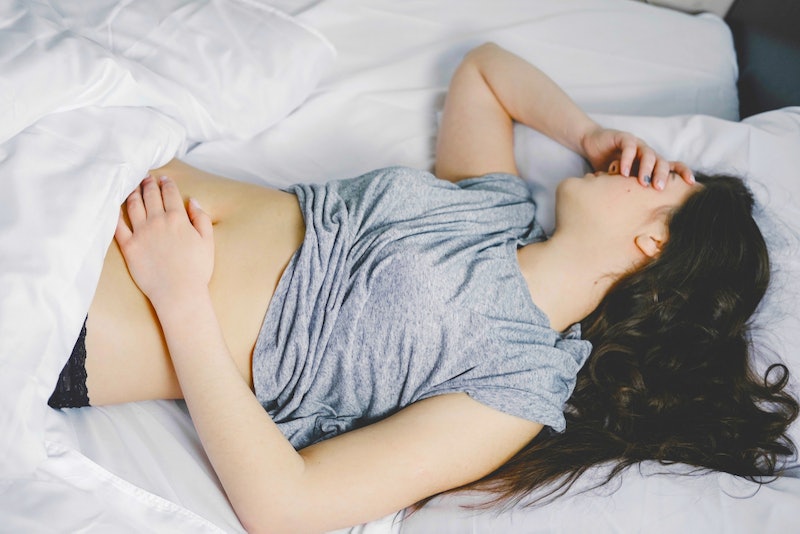 If you thought drinking wine before beer would keep you in the clear — as in clear of hangovers — scientists have now burst that wine bubble. A new study published in the Journal of American Clinical Nutrition found that beer before wine doesn’t affect the intensity of hangovers, CNN reports. In fact, the order of what you drink doesn’t really seem to matter, according to CNN. It’s not so much what you drink, says CNN, but, like anyone who's ever had a hangover will tell you, how much you drink.

"We didn't find any truth in the idea that drinking beer before wine gives you a milder hangover than the other way around," said Jöran Köchling, a researcher at Witten/Herdecke University and lead author of the study, in a statement to CNN.

To test the age-old “beer before wine” adage, British and German researchers recruited 90 people who volunteered to drink beer and wine under carefully controlled lab conditions, The Guardian reports. The volunteers were given meals personalized to their energy requirements before being split into three groups, according to The Guardian. The first group drank around two and a half pints of beer, followed by four large glasses of wine, says The Guardian, while the second group had the same drinks in the reverse order. The third group had only beer or wine up to 0.11 percent alcohol content to ensure everyone had the same level of alcohol in their systems, according to The Guardian.

The participants came back a week later and reversed the whole process, says The Guardian, so if they started off with wine the week before, they started with beer that week. The researchers found that no matter what order the participants drank their alcohol, it didn’t affect the intensity of their hangovers, The Guardian reports.

“We debunked the saying; it’s not true,” Kai Hensel, a senior clinical fellow at Cambridge University, told The Guardian. “You’re going to be the same whatever order you drink these beverages in.” Hensel told The Guardian that the study only compared beer with white wine and did not include red wine, spirits, or dark beers.

Well, that’s a bit of a buzzkill. But it does make sense. Hangovers aren’t completely understood by the medical community, but they’re thought to be brought on by dehydration, immune reactions, metabolic disturbances, and our hormones, BBC News reports. The researchers did find that people who vomited were more likely to have a bad hangover, says BBC News, kind of like your body’s way of warning you to slow it down and grab a glass of water. "If you arrive at a point where you need to be sick, you've probably passed the point of no return," Hensel told BBC News.

Alcohol.org says there’s no true cure for a hangover other than time. But some things that might minimize the effects of a hangover include staying hydrated, taking some non-steroidal anti-inflammatory medication, taking some anti-nausea medication, and getting some rest, according to Alcohol.org. To lower your chances of getting a hangover, BBC News recommends not drinking on an empty stomach, drinking non-alcoholic beverages between drinks, and drinking a glass of water before bed.

"The truth is that drinking too much of any alcoholic drink is likely to result in a hangover," Köchling told CNN. "The only reliable way of predicting how miserable you'll feel the next day is by how drunk you feel and whether you are sick. We should all pay attention to these red flags when drinking."

Mad props to these volunteers for testing this theory for the rest of us. Now you know it doesn’t matter what order you have your drinks. Just pay attention to the way your body feels and drink plenty of water to reduce your likelihood of having a hangover whenever you do enjoy a drink.

More like this
Starbucks Released New Menu Items For The Summer
By Emma Garza
A Beginner's Guide To Drinking Whiskey
By Alexis Morillo
How To Get Energy Before A Workout, According To Experts
By Carolyn Steber
6 Abortion Advocates To Follow On TikTok
By Sara Youngblood Gregory
Get Even More From Bustle — Sign Up For The Newsletter