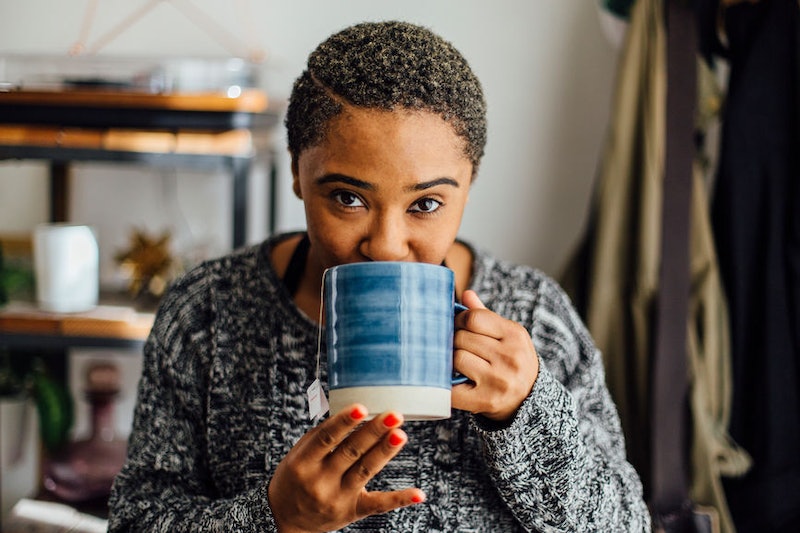 Here's some good news for devoteas (sorry): drinking tea could be good for your brain, according to a new study from scientists at the National University of Singapore (NUS). Specifically, your tea drinking habits could benefit your brain as you get older, by staving off some of the typical signs of age-associated decline. Anyone want to put the kettle on?

A team led by Dr. Feng Lei, assistant professor in the NUS Yong Loo Lin School of Medicine's psychological medicine department, studied the lifestyle, general health, and psychological wellbeing of 36 participants over the age of 60. The participants also had MRI scans (that's "magnetic resonance imaging," to be precise) and took part in neuropsychological tests.

The findings, published in the journal Aging, will satisfy anyone who spends their work days waiting for a colleague to make a kitchen run: the participants who drank green tea, oolong tea, or black tea a minimum of four times a week, over about a 25 year period, had better connected brain regions (more on that later). Sure, that's not an immediate health benefit — and it requires a pretty intensive time commitment — but it looks like a quarter century spent drinking tea is a quarter century well spent.

"We have shown in our previous studies that tea drinkers had better cognitive function as compared to non-tea drinkers," he continued. "Our current results relating to brain network indirectly support our previous findings by showing that the positive effects of regular tea drinking are the result of improved brain organisation brought about by preventing disruption to interregional connections."

The health benefits of tea aren't limited to the brain, either. According to Harvard Health, green tea contains high levels of chemicals known as polyphenols; black and red tea contain polyphenols too, but in lower levels. Polyphenols are antioxidants, neutralising problematic chemicals known as oxidants and possibly limiting, among other things, the risk of cardiovascular disease. (One snag: according to Harvard, the health-boosting impact of antioxidants has only been demonstrated in rodent and test tube studies.)

Then there's the blood sugar-regulating effect of polyphenols, which could result in a lower risk of diabetes. Multiple Harvard studies have associated drinking tea with a lower chance of developing diabetes, though it's not yet possible to claim a directly causal link between the two. Dr. Qi Sun, assistant professor in Harvard School of Public Health's nutrition department, put it like this: "Tea consumption, especially green tea, may not be the magic bullet, but it can be incorporated in an overall healthy diet with whole grains, fish, fruits and vegetables, and less red and processed meat." I'll ask again: anyone putting the kettle on?