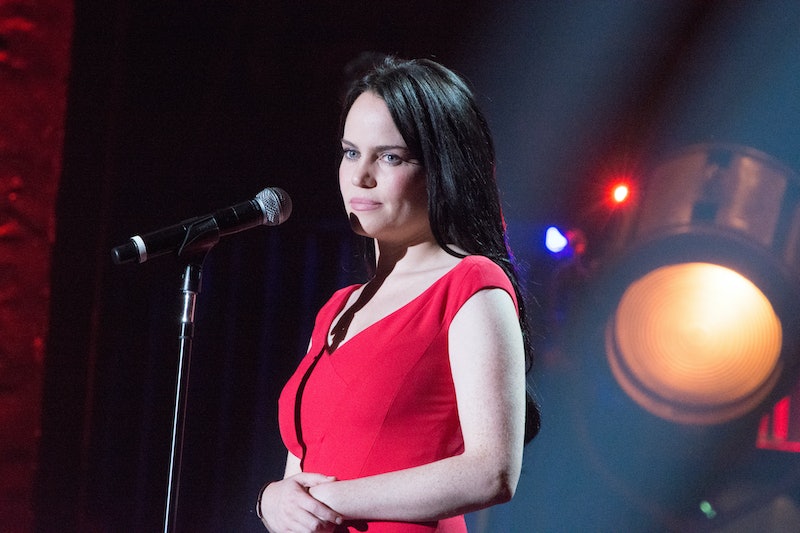 Duffy has openly criticised Netflix for streaming 365 Days. In an open letter to the platform's chief executive Reed Hastings obtained by Deadline, the singer the film glamorises “the brutal reality of sex trafficking, kidnapping and rape” and has called for it to be removed.

Bustle has contacted a representative of Netflix for comment and will update this piece with any new information when it becomes available.

In February, Duffy re-emerged after a decade out of the spotlight, revealing in a since-deleted Instagram post that she had been subjected to a kidnapping herself over 10 years ago. “The truth is, and please trust me I am ok and safe now, I was raped and drugged and held captive over some days,” she wrote. “Of course I survived. The recovery took time. There’s no light way to say it.”

The singer gave more details of her ordeal in April, revealing that she had been drugged in her own home for four weeks before being taken to a foreign country. “I was lucky to come away with my life, but far too many have not been so lucky,” she wrote, adding: “And now I have to witness these tragedies, and my tragedy, eroticised and demeaned… It grieves me that Netflix provides a platform for such ‘cinema’, that eroticises kidnapping and distorts sexual violence and trafficking as a ‘sexy’ movie.” She continued: “This should not be anyone’s idea of entertainment, nor should it be described as such,” Duffy wrote. “I just can't imagine how Netflix could overlook how careless, insensitive, and dangerous this is.”

Adapted from a novel of the same name by Polish writer Blanka Lipińska, 365 Days follows the story of a young Polish woman who is kidnapped and imprisoned whilst on holiday in Sicily by mafia boss Massimo Torricelli, and given a year to fall in love with her captor. Queue, gratuitous sex scenes and passionate (but still violent and abusive) arguments that also lead to, yep, more sex scenes.

Despite the controversy, 365 Days has largely been a success for Netflix, becoming one of the the streaming service's most popular films. It has spent the past two weeks on the platform's top 10 lists in both the UK and US, and actor Michele Morrone (who plays Torricelli) confirmed he will return for a sequel, although production for the follow-up film has been postponed due to the Coronavirus pandemic. However, critics have been quick to knock its storyline (or arguably lack thereof), execution and treatment of sensitive and triggering issues such as kidnapping and sexual violence.

Duffy’s letter comes after a petition was set up on Change.org calling for the movie to be removed from Netflix for perpetuating the “glamorisation of rape culture” and “romanticising Stockholm Syndrome."

If you have been affected by the issues mentioned in this piece, contact Rape Crisis on 0808 802 9999, or visit their website.

More like this
Rita Ora Finally Opened Up About Marrying Taika Waititi & Their "Perfect" Wedding
By Sophie McEvoy and Catharina Cheung
You’ll Definitely Recognise Isadóra Bjarkardóttir Barney’s Mum
By Maxine Harrison
Adam Lambert Called Out The George Michael Biopic Over Potential Casting
By Sam Ramsden
All The Ways You Can Watch The Super Bowl In The UK
By Asyia Iftikhar and Darshita Goyal
Get The Very Best Of Bustle/UK
Sign up for Bustle UK's twice-weekly newsletter, featuring the latest must-watch TV, moving personal stories, and expert advice on the hottest viral buys.

This article was originally published on July 3, 2020