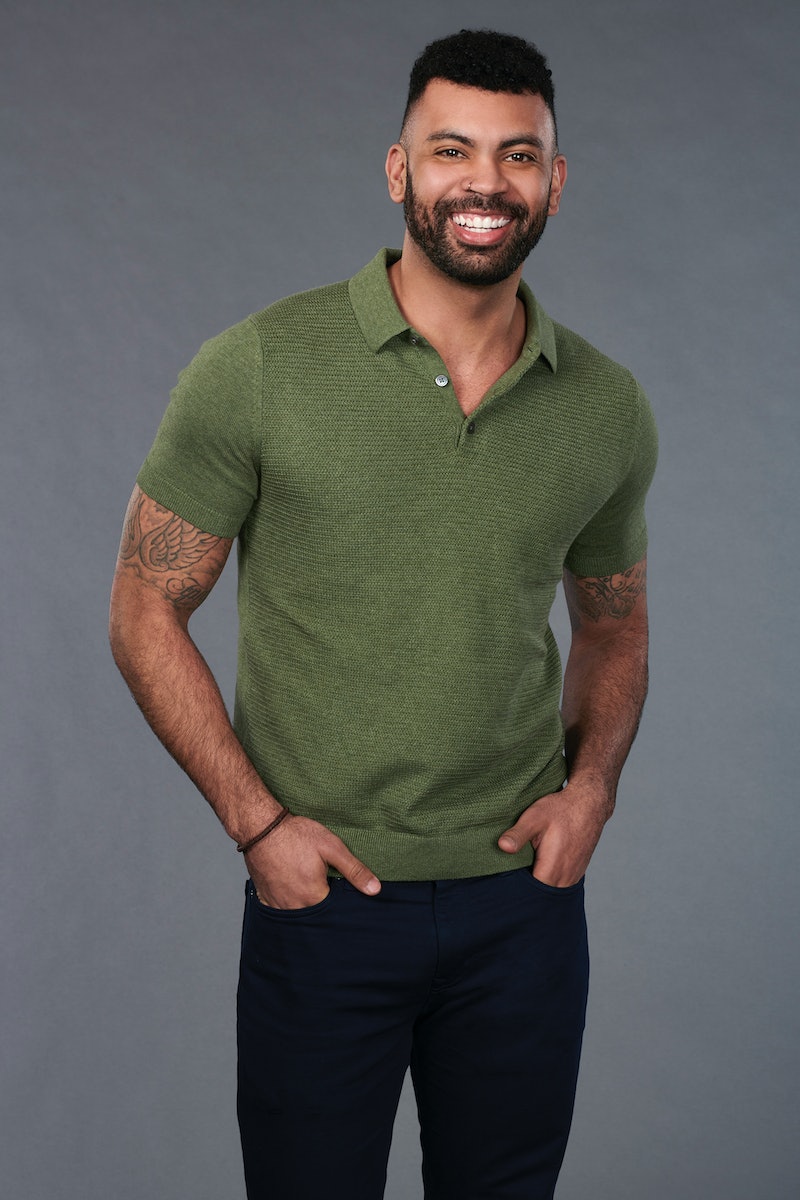 Hannah B.'s Bachelorette season may not officially start until May 13, but there are a few contestants she already shared some face time with on After the Final Rose. One of these men was Bachelorette contestant Dustin Kendrick, who is almost as awkward as Hannah when it comes to making champagne toasts. Almost. Still, his attempt was undeniably cute, and it definitely shows how relatable he can be.

"I'm so nervous right now,” Dustin admitted to Hannah while handing her a glass of champagne. "Cheers to the start of a wonderful beginning... an amazing journey and for us getting to know each other and also hopefully us choosing each other every single day." He may have stumbled a bit on the delivery, but the sentiment was so sweet and genuine, it already feels like he's definitely there for the so-called "right reasons." Hannah certainly seemed charmed by the gesture and probably felt as though she found a kindred spirit in Dustin's nervous demeanor. But hey, if anything those nerves just go to show how seriously he's taking all of this.

So far that's the only bit of screen time Dustin has received — which is arguably a lot more than some of the other guys on the show — but for those who are curious to find out more about this particular suitor, he's fairly easy to track down with a simple Google search. The 30-year-old hails from Chicago where he works as a real estate broker for @properties in the Goose Island Office.

He even has a professional bio on the site, which reads:

"@properties shares my commitment to offering the most comprehensive and professional marketing, sophisticated technology, and expert market knowledge, supporting the highest standards of service and representation you expect and deserve. With local leadership and national and international reach, I bring results to clients wherever their buying and selling goals take them."

As for Dustin's personal life, he seems to be a pretty laidback guy. His ABC bio says he loves a good night of Netflix and chill, and as the son of a single mom, he's a definite mama's boy. He's looking for someone his family will get along with. He also has a dog — always a plus — is apparently great at Jenga, and loves Tony Robbins and Christmastime.

Dustin's Instagram has some standard model shots, but also plenty of pics of his adorable English bulldog, Sophia.

He isn't opposed to showing off some throwback photos from when he was a kid, including that time he dressed up as what is quite possibly the cutest little bumblebee in existence.

And again, can't stress enough how often his dog shows up in his photos. These two are clearly a package deal, but it's hard to believe Hannah would have any trouble falling head over heels for Dustin or his dog.

So does Dustin have what it takes to win that final rose? Only time will tell, but he may very well be the one that ultimately wins Hannah's heart.