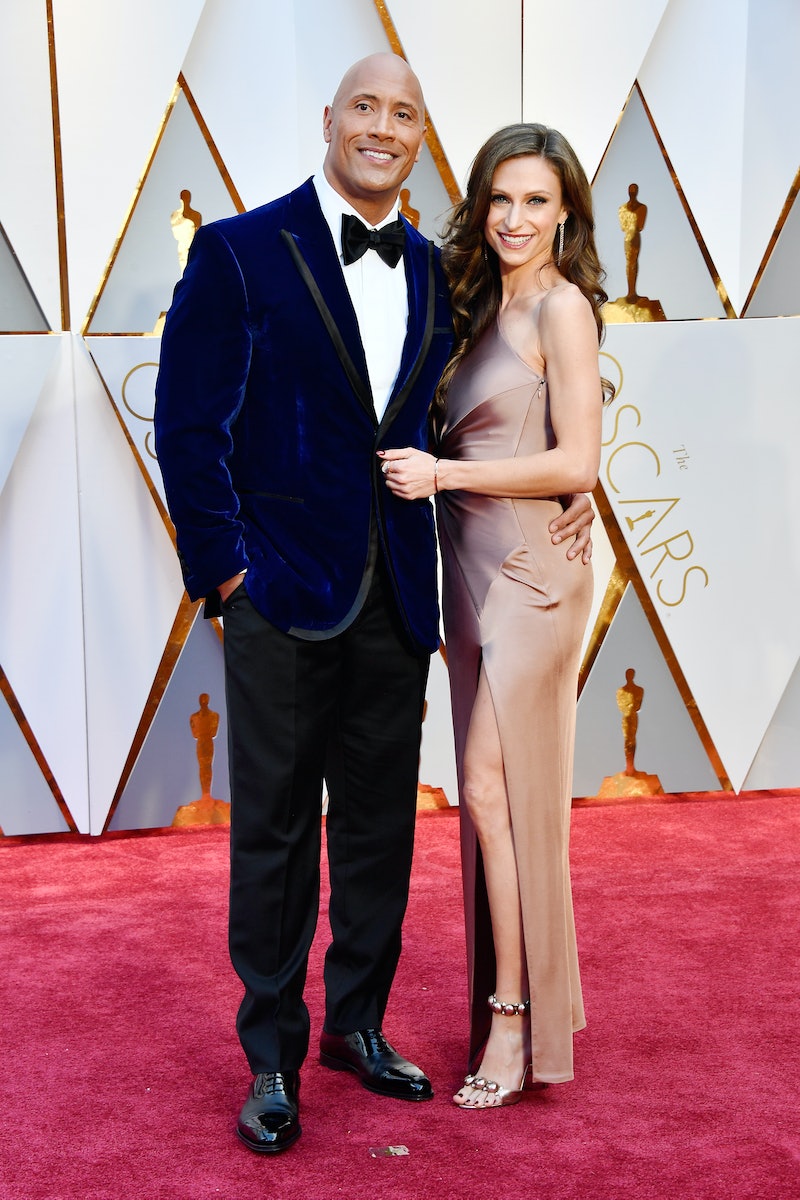 Dwayne "The Rock" Johnson has been all over the world promoting the Fast & Furious sequal Hobbs & Shaw. At a lot of those events, The Rock's girlfriend Lauren Hashian has been by his side. He is one of the most high-profile (and beloved) celebrities in the world, but the his singer/songwriter love is decidedly more low key.

In a 2017 interview with Vydia, Hashian explained why she enjoys living a more private life even though she is in a long-term relationship with a very public person. She admitted, "I love keeping a low-key profile and holding onto privacy and normalcy. Especially for [daughter] Jasmine, I don’t want to lose that." The couple's first daughter Jasmine Lia Johnson was born in December 2016 and their second daughter Tiana Gia Johnson was born in April 2018. The Rock also has a daughter named Simone from his first marriage with Danny Garcia.

Speaking with Vydia, Hashian went on to explain, "Since my man spends much of his life in front of a camera, I’m a little more reserved with stepping out and being 'out there”'as much. It just gives us balance, and makes you appreciate privacy and a 'normal' life even more. I think we’ve done a good job of being able to hold onto that somewhat!"

Yes. They. Have. She has been dating the Rock since 2007 and Hollywood Life reports that they met on the 2006 set of his movie The Game Plan. Johnson was married at the time to Garcia, but they divorced in 2007 and Hashian became his girlfriend after that. Yes, his "girlfriend," even though he actually does refer to her as his "wife" during interviews, which may be confusing for people who are invested in his personal life.

The wrestler-turned-actor discussed his relationship during a July 2018 interview with Entertainment Tonight. He remarked, "I just refer to her as my wife all the time. So a lot of people are like, 'Oh, did you get married?'" When people ask for clarification, he usually says something like "I'm like, 'No. Easy. Don't rush big daddy.'"

And why bother rushing? Especially if the two of them are comfortable with the current state of their relationship. In a November 2016 interview with People, The Rock declared that they have "the greatest relationship" because they make each other laugh. He said, "First of all, she teases me about everything. Everything." The actor added, "Nothing is off limits in our house. And it’s the beauty of it. And I tease her with everything."

The two are in sync with their humor and their plans for their family. They intended to get married in 2018, but Hashian became pregnant with their second child. During a joint interview with Rolling Stone in April 2018, the couple discussed their initial intention to get married in Hawaii that year. "But then we got pregnant," The Rock recalled.

He remarked, "And Mama don’t wanna take wedding pictures with a big belly – Mama wanna look good." That's understandable. If that's how she would feel most comfortable, then she might as well wait until it's a good time for both of them to get married. And when it makes sense for their two daughters, of course.

And, clearly, they have a great thing going. In a July 23 Instagram post, The Rock gushed that Hashian will "always be the life anchor who makes this whole thing happen and shine."

It's fair to say that Johnson and Hashian balance each other out. They keep each other in check, make each other laugh, and most importantly, they make their relationship work on their own terms.