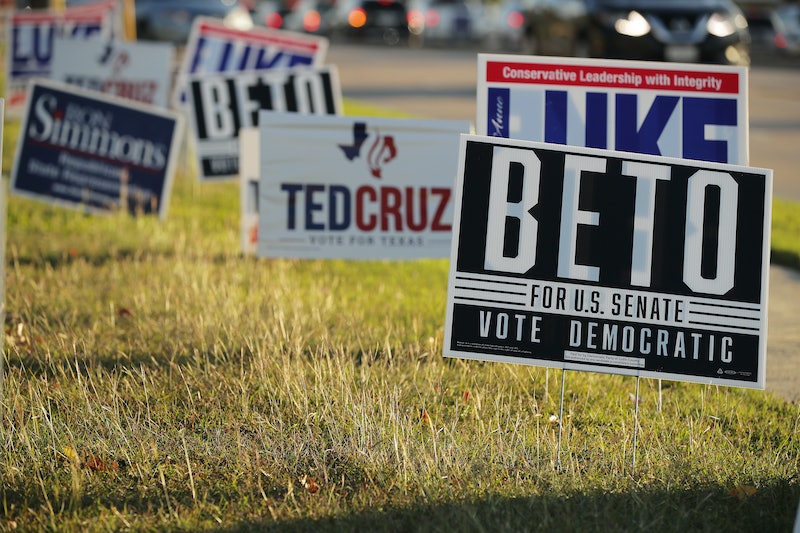 Nearly 4.9 million people have participated in early voting for the 2018 midterm election in Texas' 30 most-populated counties, The Texas Tribune reported. According to data the paper obtained from the Texas Secretary of State's Office, 4,514,930 people living in the 30 Texas counties known to house 78 percent of the state's registered voters cast in-person ballots during Texas' early voting period while another 369,598 voted early via mail-in ballots.

What's more, a surge of voters on Saturday helped Florida Democrats narrow the lead Republicans held over them at the ballot box statewide, The Tampa Bay Times reported. As of Saturday, Republicans were reported to hold 40.8 percent of the state's total early voting ballots while Democrats held 40.2 percent. This year's early voter turnout in Florida is expected to continue to grow as Floridans continued to cast ballots in the final days of the state's early voting period.

But while elections in Texas and Florida have sparked significant interest, early voter turnout may be on the rise across the country. In fact, early voter turnout for the 2018 election is reported to have surpassed levels recorded during the 2014 race in at least 27 states, according to a report from the Hill released earlier this week.

In Nevada, a state where early voter turnout in 2018 is reported to have already surpassed 2014 levels, data from the state's Secretary of State showed Democrats are leading in the polls with 41 percent of votes compared to Republicans' 38 percent, local ABC News affiliate KOLOTV has reported. According to Nevada's Secretary of State, 40 percent of "active" Nevada voters had, as of Saturday, cast ballots during the state's early voting period.

Back in Texas, however, Democratic Senate candidate Rep. Beto O'Rourke has hailed Texas' high 2018 early voter turnout as a positive sign for his campaign, which has proved to be tough competition for Republican Senate incumbent Ted Cruz. "If North Texas continues to turn out in the record numbers that we've seen, shattering every midterm total for as long as we've been looking at them, in some cases rivaling presidential voter turnout, then we're going to win this race," The Dallas Morning News reported he said Friday.