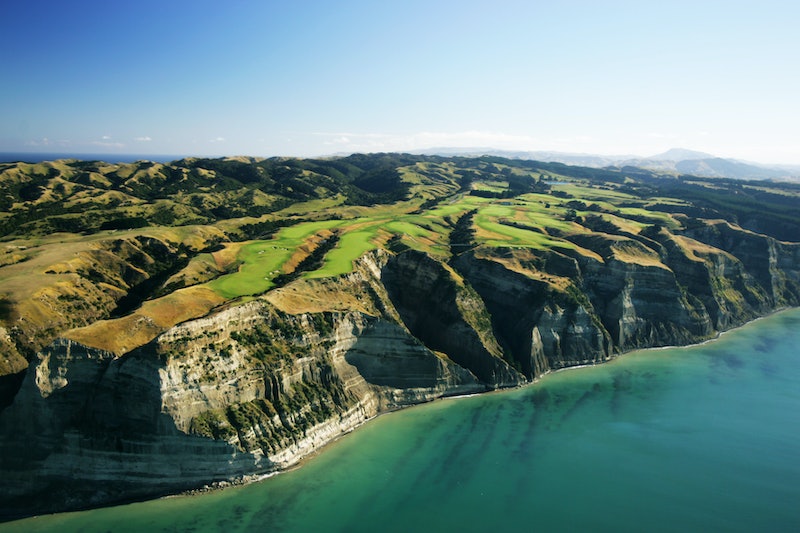 If you took geography classes as a child, you were probably taught that Earth has seven continents:

But according to new research, there may be one more you've been missing. A new study published by the Geological Society of America asserts that New Zealand is actually the tip of a continent, not just an island. Scientists are calling it "Zealandia," and, according to the study's title, they consider it "Earth's hidden continent."

"The identification of Zealandia as a geological continent, rather than a collection of continental islands, fragments, and slices, more correctly represents the geology of this part of Earth," the researchers write. "Zealandia provides a fresh context in which to investigate processes of continental rifting, thinning, and breakup."

It may sound silly, given how tiny New Zealand appears on a map. But there's a whole lot of land below the water that we're not seeing: According to the GSA study, 94 percent of Zealandia is submerged. In fact, New Zealand and the island of New Caledonia are both part of the same land mass, despite the fact that 1,500 miles of ocean separates them.

In totality, the study claims, Zealandia's mass is two-thirds the size of Australia — easily matching the definition of a continent.

Defining what exactly constitutes a continent is difficult, largely because it's hard to find a single distinguishing feature that binds together all of the land masses we consider to be considered continents. In fact, even before the Zealandia study, there was no global consensus about how many continents there are: In the former U.S.S.R. and Japan, Europe and Asia are considered a single continent, while classrooms in Latin America and most of Europe assert that North and South America are a single continent.

Still, this isn't just a semantic debate. Researchers say that the designation of Zealandia as a continent could be very helpful to scientists studying the composition and breakup of continental crust.

"Based on various lines of geological and geophysical evidence, particularly those accumulated in the last two decades, we argue that Zealandia is not a collection of partly submerged continental fragments but is a coherent 4.9 Mkm2 continent," the study concludes. "That a continent can be so submerged yet unfragmented makes it a useful and thought-provoking geodynamic end member in exploring the cohesion and breakup of continental crust."

For anybody with an interest in geography, this is an exciting development. Whether the discovery of a new continent makes up for the decision to exclude Pluto from the list of planets, however, is still up for debate.