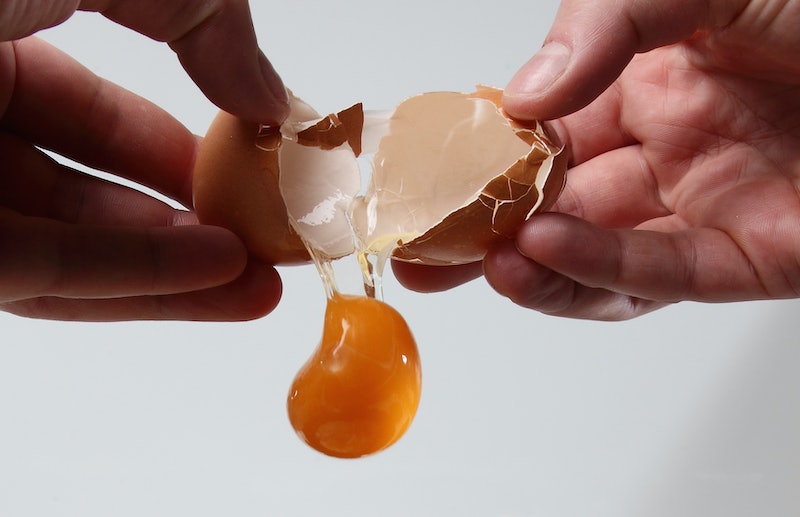 For many, eggs are a reliable breakfast staple, cherished by brunch attendees across the country. The possibilities for making egg-centered dishes are endless, and if we’re being honest, they’re definitely not just limited to breakfast. I, for one, have lost count of the times I’ve assembled a lazy omelette dinner stuffed with the random odds and ends in my fridge. But just like all food, balance is important. And new research suggests that for American adults, eating higher amounts of eggs and dietary cholesterol was significantly linked to an increased risk for heart disease, as well as death from any cause.

Eggs are an affordable and efficient source of proteins and vitamins, but their high levels of dietary cholesterol (one large egg has around 186 mg of cholesterol) mean that researchers have long debated whether they are truly healthy or not. This most recent study, published in the Journal of the American Medical Association (JAMA), assessed datasets collected between 1985 and 2016, with the total analysis involving 29,615 participants. The results indicated that consuming 300 mg of dietary cholesterol per day was linked with significantly increased risks for both cardiovascular disease and death from all causes, even when accounting for exercise and other dietary factors. Eating three to four eggs per week, according to the study, was linked with a six percent increased risk for cardiovascular disease and eight percent increased risk for any cause of death.

"Our study showed if two people had [the] exact same diet and the only difference in diet was eggs, then you could directly measure the effect of the egg consumption on heart disease," said study co-author Dr. Norrina Allen in a statement. "We found cholesterol, regardless of the source, was associated with an increased risk of heart disease." She added that while consuming too much of the cholesterol in eggs had a harmful effect, they can be eaten in moderation.

The new research does have critics, though. Dr. Steven Gundry, heart surgeon and medical director at The International Heart and Lung Institute in Palm Springs, cites other studies that don’t demonstrate an association between dietary cholesterol consumption with cardiovascular death or total cholesterol levels in the body. He tells Bustle, “The problem with the current study, which the authors freely admit in the last paragraph, is that the diet questionnaire was completed only one time during a 17 year study, and that was the basis of their conclusions. That is equivalent to asking if you ever ate french fries at [a] fast food joint, just once 17 years ago."

He also says that “none of the associations held up when animal protein consumption was removed,” suggesting that animal protein, rather than eggs specifically, could be the problem.

Another issue is that, when it comes to food, there is no one-size-fits-all approach, says registered dietitian nutritionist Maya Feller, MS, RD, CDN. Everyone has different eating habits that may work for them, depending on allergies, personal tastes, access to food, and more. But consuming too much cholesterol can pose health risks. “Excess cholesterol in the bloodstream can leave plaque on the arteries leading to a narrowing on the artery reducing blood flow,” Feller tells Bustle. “If a blood clot forms or if these plaques break off, the end result can be a stroke or heart attack.”

She recommends that anyone worried about their cardiovascular health or cholesterol levels should look into their family history, as well as their own genetics. “There are large variations in an individual's cholesterol metabolism,” says Feller. “I would suggest that anyone who is concerned work with a qualified healthcare provider to assess their individual risk.”

While the new study highlights significant associations between eggs, dietary cholesterol, mortality, and heart disease, it doesn't mean you should immediately remove all traces of egg from your life. "We want to remind people there is cholesterol in eggs, specifically yolks, and this has a harmful effect," said study co-author Allen. "Eat them in moderation."