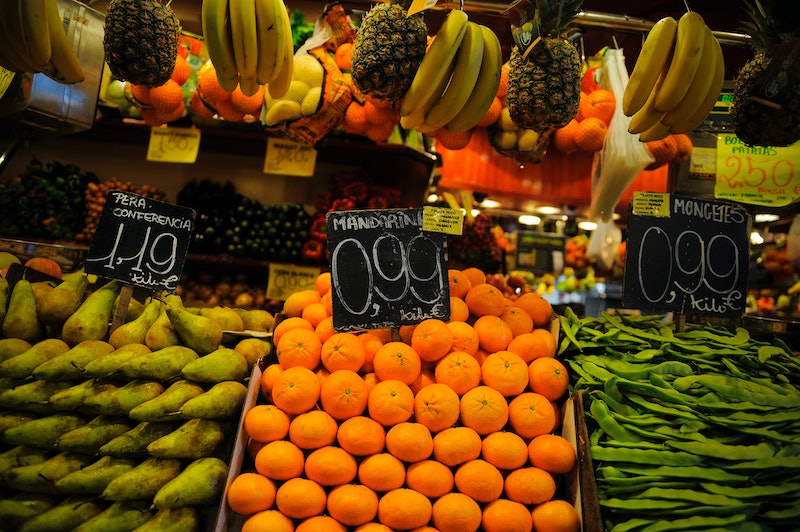 Eating your fruits and vegetables has been a staple of health advice for generations. However, if you've been paying attention to health crazes and scares over the past few years, you'll have noted that fruit has come in for some criticism for its natural sugars, known as fructose. And it's thanks to this sugar that eating lots of fruit can mess with your gut health, though the other nutrients and fiber in fruit make it an important part of your diet.

Science backs up the idea that very high levels of fructose can impact the gut microbiome, the delicate balance of millions of bacteria and other substances in our guts that help us digest our food, regulate our immune system and contribute to many other areas of health.

High fructose levels are undeniably bad for the gut itself, for interesting reasons. If mice eat a lot of fructose, a study found in 2018, their small intestine takes the brunt of the digestion, but some of it spills over into the colon, and that may cause problems for gut bacteria. "The microbiome is designed to never see sugar,” lead author Professor Joshua Rabinowitz said in a press release. “One can eat an infinite amount of carbohydrates, and there will be nary a molecule of glucose that enters the microbiome." However, when you take too much fructose in via your diet, it can filter into the microbiome, and if too much gets past, it can create issues.

So what does fructose do to the gut? There are two areas to be worried about: the permeability of the intestine and the amount of bacteria in the gut itself. Intestine walls are meant to be slightly permeable, but not so much that they let a lot of stuff out, a condition called "leaky gut." Harvard Health says that leaky gut "plays a role in certain gastrointestinal conditions such as celiac disease, Crohn’s disease, and irritable bowel syndrome," and might also affect some autoimmune conditions.

A 2018 study in mice found that very high levels of fructose both increased intestinal permeability and "lost gut microbial diversity, characterized by a lower proportion of Bacteroidetes and a markedly increased proportion of Proteobacteria." A review of fructose studies in mice microbiomes published in 2017 also found that high-fructose diets contributed to liver damage, liver disease, "intestinal bacterial overgrowth", and "pronounced gut barrier dysfunction." And a third study published in 2018 found that high-fructose diets can increase the levels of bacterial viruses in the gut, though it's not clear whether these viruses are good or bad for the microbiome in general.

It's important to note that all of these studies were performed on mice, so it's not yet clear if all of these effects translate over to humans. And there's a big caveat to be placed on all this research: fruit on its own is unlikely to cause these effects. Unless you're ingesting a truly spectacular amount of fruit every day, it's unlikely that your gut bacteria will suffer too much. "You would have to eat very large amounts [of fruit] to reach harmful levels of fructose," noted Healthline. "In general, fruit is a minor source of fructose in the diet compared to added sugars."

The real source of fructose to be worried about, experts believe, is high-fructose corn syrup, which was first introduced as a food additive in the 1960s and is present in a lot of foods nowadays. It's HFCS foods, rather than fruit itself, that are the big risk for ingesting too much fructose.

Fruit also has an added benefit for your gut: it's full of fiber. (Which is why it's a good idea to ingest it whole rather than in smoothies or juices, which can remove fibrous material.) Fiber is known to help boost microbiome diversity and health, and fruit and vegetables are a good natural source for it. Apples, bananas, raspberries, mangoes and guavas are great sources of fiber, as are pears; it's important not to peel the skin off apples or pears, as that's where they contain the majority of their fiber.

If you're really concerned about your levels of fructose, try to keep away from added sugars and foods containing high-fructose corn syrup — but the nutrients and fiber of fruit itself will likely do you and your gut more good than harm.