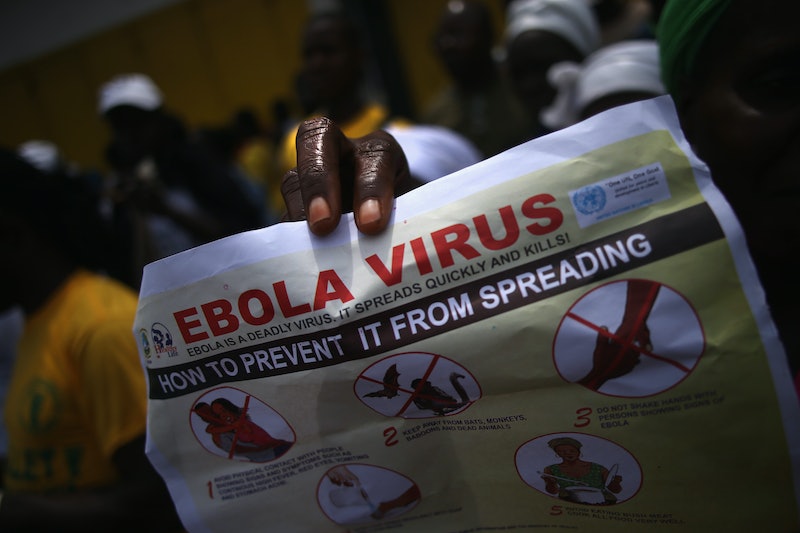 The last time this virus ravaged Africa, borders were sealed and even foreign health care staff were killed. The West African outbreak resulted in nearly 30,000 cases and more than 10,000 deaths. And now Ebola is back in Congo, worrying health care officials there — and around the world.

There are some 45 cases suspected to be Ebola in the Democratic Republic of Congo. So far, 26 people have died, and one of the latest cases is in a city of 1.2 million. The location of the latest cases is troubling because it could make it harder to fight, experts argue. In previous outbreaks in the Congo, the disease has been limited to hard-to-reach areas with smaller, populations. Those who were infected with the virus would not reach any larger cities. But not this time.

The 1.2 million-strong Mbandaka is located on the Congo River, which is one of the main arteries of transportation in the area. It connects Mbandaka with the Democratic Republic of Congo's capital of Kinshasa and the Republic of the Congo's Brazzaville. Another river connects the city to Bangui in the Central African Republic. Just in those three cities live some 12 million people.

Jeremy Konyndyk, who served as head of USAID’s Office of Foreign Disaster Assistance during the last big outbreak in West Africa, told The Hill just how serious this is. "The fact that there are now several cases in an urban center of more than a million people underscores the potential for this outbreak to get out of control," Konyndyk told The Hill.

One potential saving grace could be the decision of the Democratic Republic of Congo's Ministry of Health to administer the Ebola vaccine, which is still in development. "The vaccination campaign begins tomorrow, Monday, in Mbandaka, capital of the province. It will target, first, the health staff, the contacts of the sick and the contacts of the contacts," Minister of Health Oly Ilunga told the AP on Sunday.

That initial group of people is 600, and there are 4,000 doses of the vaccine in the country. The vaccine is still experimental but has shown successful in the past outbreak.

The World Health Organization (WHO) has resisted limiting international travel to the country. In a release last week, the WHO wrote it "considers the public health risk to be high at the national level, moderate at the regional level, and low at the international level." They think that the Congo's response will be successful, and are sending 50 health care personnel to support the vaccination campaign. But it's not officially of "international concern."

The river's role in this outbreak throws a curve ball at officials, who have never seen an outbreak in similar conditions. Pierre Rollin, an expert at the Centers for Disease Control, said it makes the progression hard to predict. He told The Hill:

We don't know what's happening along the river, because the river is used by a lot of barges. None of the outbreaks have been by the river or in the big towns. So we have a lot of caution before claiming we know what's going on.

Rollin also cautioned that the experimental vaccine is not a sure bet. The other precautions must be taken, too. "That part should really add another arm to the response," Rollin told The Hill about the vaccine. "It's not the response by itself, because you still have to do all the rest." Other precautions include limiting contact, ensuring proper burial and more.

It's too early to worry much outside of the region, but given the extent of the last outbreak, every precaution is vital.