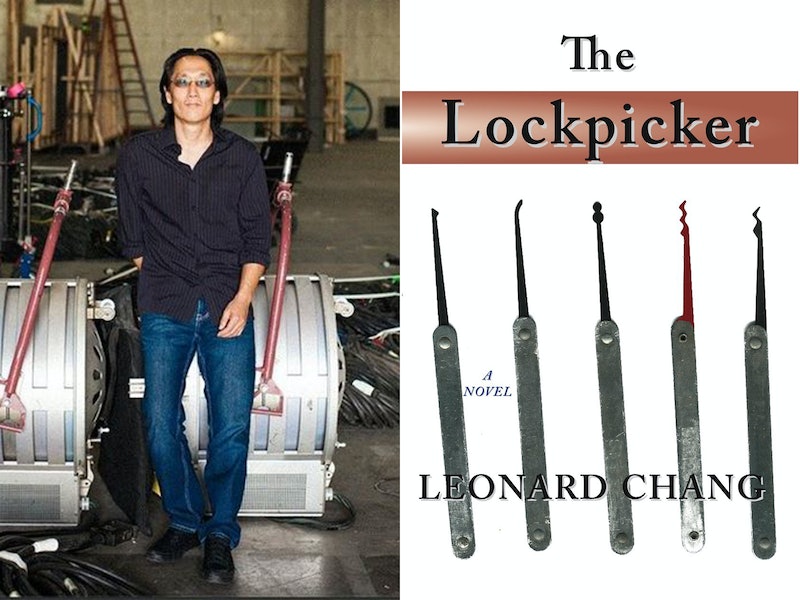 If you are at all involved with the bookish community, you have probably heard the term "diversity" more times than you can count. Because readers, authors, and other publishing professionals have been demanding more books featuring diverse characters and stories that accurately reflect the realities of our world. And while a quick look at the diverse books being published in 2018 is evidence of just how far the publishing community has come, there is still, unfortunately, a long way to go. Unfortunately, celebrated screenwriter and novelist Leonard Chang has made that abundantly clear in a recent article for The Booklist Reader, in which he wrote of his experience with an editor who rejected his manuscript for what would become The Lockpicker because his characters were not "Asian enough."

The story first made waves on social media thanks to a tweet from user @necrosofty, who took a screenshot one of the rejection letters Chang shared in his essay, which reads in part, "We get....none of the details that separate Koreans and Korean-Americans from the rest of us. For example...you don't show how she sees her slanted eyes, or how she thinks of her Asianness."

According to Chang, this was not an isolated incident. He shared another rejection letter which reads, in part, "What fails for me is that it [that] virtually nothing is made of the fact that these guys are Koreans. I suppose in the alleged melting pot of America that might be a good thing, but for the book it doesn’t lend anything even lightly exotic to the narrative or the characters."

Of course, the idea that characters who aren't white need to seem "exotic" or "different from the rest of us" is the biggest reason why the push for more diverse books has been embraced so fully by so many in the first place. The idea that to write a story from a non-white perspective means to create characters who are obviously "other" is the exact opposite of why we need these stories in the first place. We need all different kinds of stories about marginalized communities because there is no one-size-fits-all person.

And, sadly, it's not only Asian and Asian-American writers who feel the brunt of this type of bigotry. Other writers took to Twitter to share their own experiences with rejected pieces that were not "ethnic" enough for their editors.

While writer Jeff Yang made this all-too-familiar comparison, which many women have taken two social media to call out on numerous occasions. Because obviously women cannot exist without thinking about their breasts at every waking moment, just like Asian and Asian-American people cannot pass a mirror without ruminating on the shape of their eyes. *insert eye roll here*

Others simple to took to Twitter to share their outrage and their support for Chang and his work.

And although Chang himself has kept mostly mum on social media, simply retweeting support for his essay from others, author Celeste Ng shared Chang's full essay on not getting discouraged by unenlightened editors.

It's a sad reality that there is still much to do when it comes to insuring that we are embracing diverse stories, without the sterotypes. But with creatives like Chang speaking out, we're only getting closer to that reality. Because, as he writes in his essay, " If I had been deterred or demoralized by the initial rejections, if I had given up then, the manuscript would still be sitting in some drawer. Thank goodness I kept pushing forward, and I hope you, fellow writers, continue pushing forward, too."

The Lockpicker by Leonard Chang, $10, Amazon