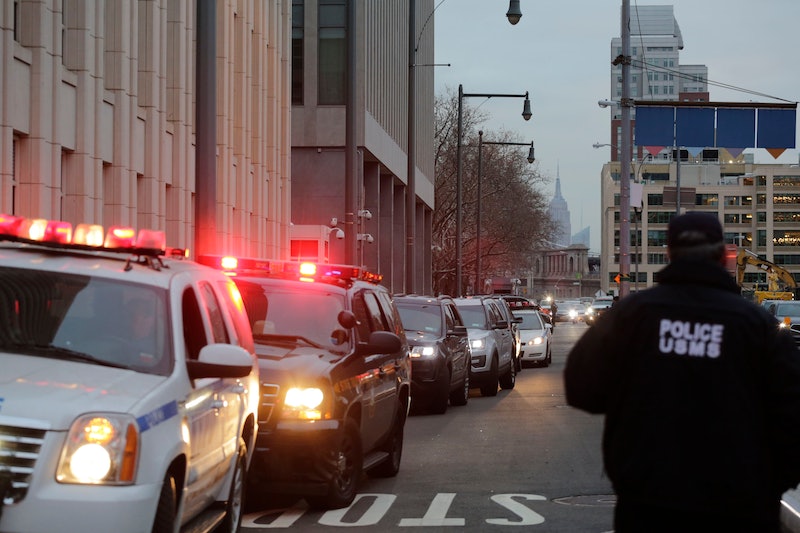 On Tuesday, the notorious drug lord and cartel leader Joaquin "El Chapo" Guzmán Loera was found guilty on all counts. His conviction carries a mandatory sentence to life in prison, according to CNN.

Previously, Guzmán had evaded capture for over a decade, repeatedly escaping prison after being temporarily detained. Twice, he escaped from maximum security prisons. Perhaps most infamously, he tunneled out of one such high-security Mexican prison in 2015, prompting a massive manhunt. After he was caught that time, he was extradited to the United States, where he was convicted on Tuesday morning.

Before the verdict was read, former U.S. attorney John Horn, who has worked on prosecuting Mexican cartel cases, told The Washington Post that a conviction for Guzmán was about more than the drug cartel leader's personal fait. It would also, he suggested, significantly bolster the justice system's reputation.

“There does need to be a conviction of somebody like Chapo Guzmán, both for the symbolism and the pure factor of justice being served,” Horn said. “It does show that . . . for somebody at his level, justice will be done, it will be served. It’s an incredibly powerful victory for DOJ, for law enforcement.”

The trial, according to multiple reports, was teeming with vivid details about the many crimes that Guzman either committed himself or ordered other people to complete on his behalf. The AP reports that his defense case lasted only a half hour.

Guzmán has been working in the illegal drug world since the 1960s, when he first began planting marijuana plants. In the decades since, he has been both a member and a leader of drug cartels, growing in notoriety and infamy.

Quickly, he developed a reputation for ruthless violence. This reputation followed him for the rest of his career in the underground drug world. He became known for both ordering brutal murders and executing them himself.

"Guzmán Loera’s bloody reign atop the Sinaloa Cartel has come to an end, and the myth that he could not be brought to justice has been laid to rest,” U.S. Attorney for the Eastern District of New York Richard Donoghue said after Guzmán's conviction, according to the Post. “Today, Guzmán Loera has been held accountable for the tons of illegal narcotics he trafficked for more than two decades, the murders he ordered and committed, and the billions of dollars he reaped while causing incalculable pain and suffering to those devastated by his drugs.”

He was reportedly stoic when the guilty verdicts were read out. Authorities intend to seize $14 billion from Guzmán, according to an earlier statement released by the Department of Justice but it's not clear when that will happen.