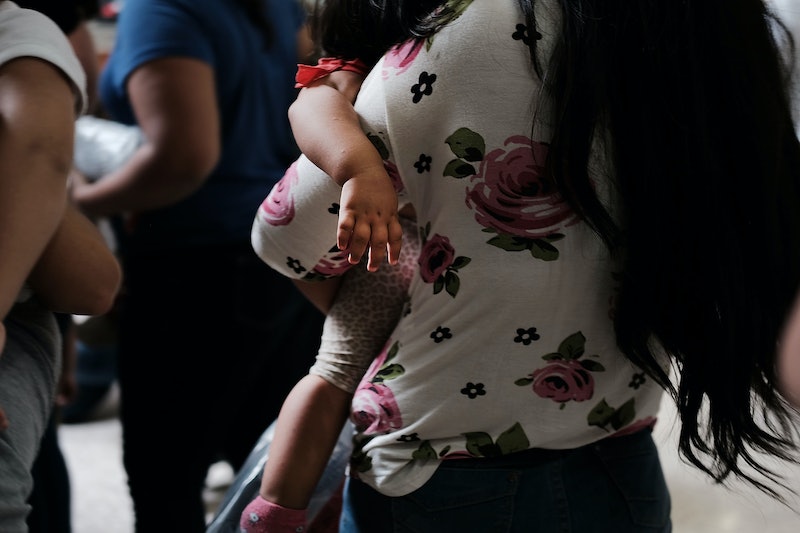 In El Salvador, abortion is illegal in all circumstances — and women who undergo the procedure can face steep criminal penalties. The country's law has always been highly controversial and, once again, El Salvador's abortion ban is sparking renewed outrage worldwide.

This outrage stems from the prosecution of a 20-year-old Salvadoran woman, Imelda Cortez, who was charged with attempted murder after giving birth to her rapist's child. The rapist is the woman's stepfather, who, according to the Citizen Group for the Depenalisation of Abortion (via Aljazeera), has been charged with aggravated sexual assault of a minor.

Cortez has been in custody since April 2017, as The Guardian reported. Shortly before that time, the woman had gone to the emergency room after experiencing severe pain and bleeding. She ended up giving birth to a baby girl at the hospital, who survived. Cortez indicated that she had not known she was pregnant and suggested that her stepfather, who she alleges has sexually assaulted her since she was 12 years old, was the father. A DNA test eventually confirmed the stepfather's paternity.

However, doctors at the hospital reportedly thought Cortez had attempted an abortion and called the police. Cortez was charged with attempted murder and denied bail. The 20-year-old's trial was scheduled to begin on Monday, though, according to Al Jazeera, it was delayed to Dec. 17, after the prosecutor failed to attend mandatory proceedings. If convicted, Cortez faces up to 20 years in prison.

As The Guardian described in an article from April, many other women in El Salvador have also faced attempted or aggravated murder charges after being accused of having abortions — even though, in actuality, many of them had miscarriages or stillbirths. The outlet noted that dozens of women are presently in prison on abortion-related charges and have sentences of 30 to 40 years.

Paula Avila-Guillen, the director of Latin America Initiatives at the Women’s Equality Center in New York, told the paper in November that poor Salvadoran women, like Cortez, are most likely to experience abortion-related criminal charges due to discriminatory enforcement. As Avila-Guillen described:

When you thought nothing could be crueller in El Salvador, you get Imelda’s case, which shows the fierce determination of prosecutors to go after poor women regardless of the circumstances and evidence. By shackling these women to hospital beds and sending them to prison, it sends a strong message: if you’re poor, it’s not safe to seek healthcare.

Many organizations and advocates in El Salvador and beyond are working to free Salvadoran women unjustly imprisoned on abortion-related charges — and to put an end to the country's criminalization of abortion. Advocates are also working diligently on behalf of Cortez, especially to demand that she is freed from jail as she awaits trial next month. If you wish to support Cortez, you can sign this Change.org petition. You can also share her story on social media using the hashtags "#JusticeParaImelda" and "#SalveMosaImelda," as Women in the World reported.