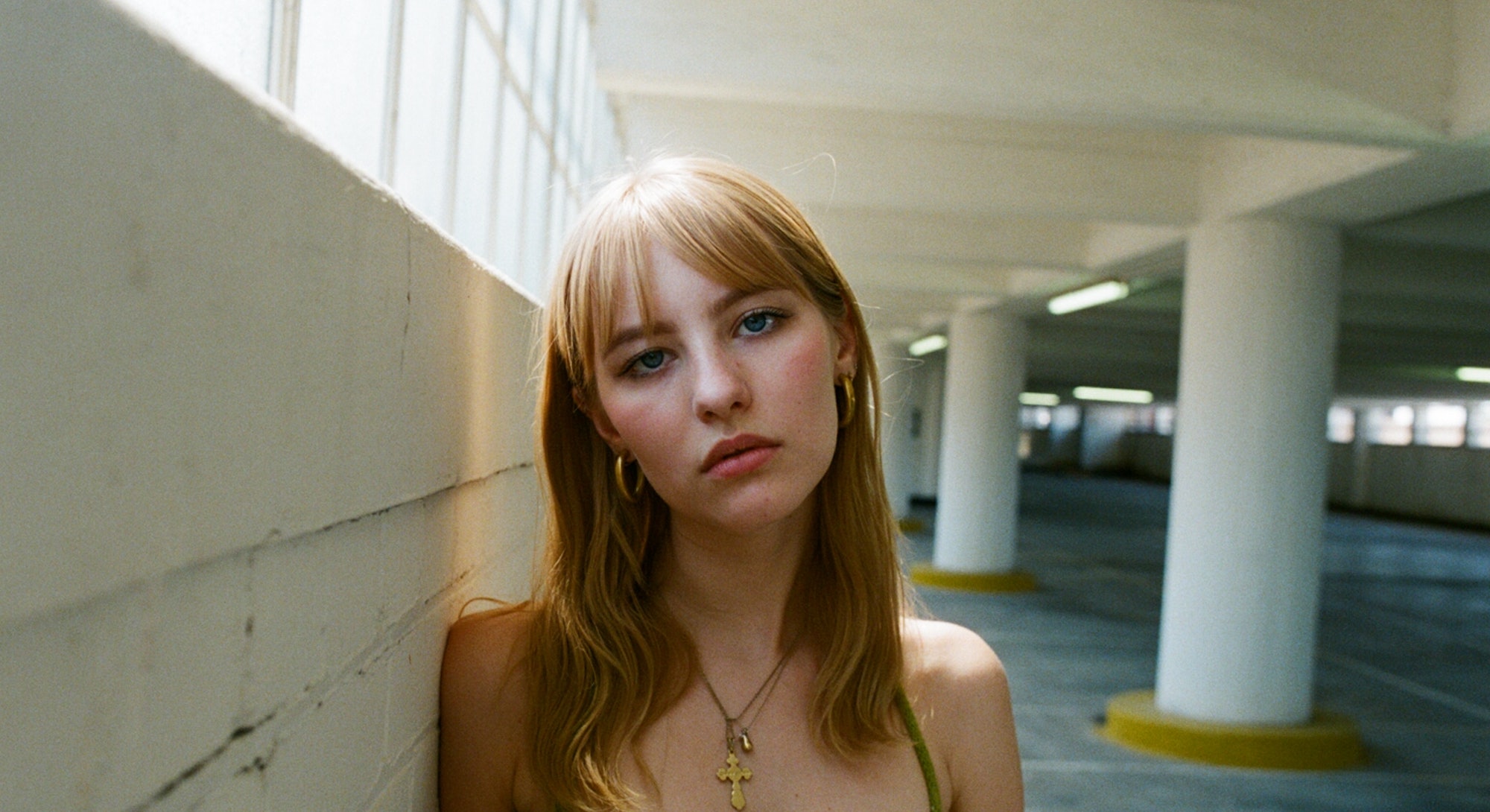 On March 1 2019, the faces of 16 women lit up Colombo’s Town Hall in Sri Lanka as part of a global campaign by the United Nations Population Fund (UNFPA) to combat sexual harassment on public transport. The images on display were taken by Eliza Hatch, a London-based photographer behind the international photojournalism series Cheer Up Luv. Each photograph showed a woman staring unapologetically at the camera, standing in the place where they were abused, taking ownership of that space and their experience.

The campaign in question is Don’t Look Away, which began on November 25 2018 as part of the UN’s sixteen days of activism against gender-based violence. The images Hatch curated for Don’t Look Away were then used in an offline project that focused on raising awareness about sexual harassment on public transport. The project, which took place on International Women’s Day, consisted of an exhibition called Does She Travel Safe?, as well as a series of bystander intervention workshops and self-defense classes, and talks with over 100 bus conductors and school children.

Hatch began Cheer Up Luv in January 2017 to empower women to speak out against street harassment and highlight its prevalence in London. In November of the same year, she collaborated with UK activist Gina Martin, capturing portraits of women who had experienced upskirting for Martin's #StopSkirtingTheIssue campaign.

Two years on, Hatch has spoken to more than two hundred women globally, capturing images in places such as New York, Tokyo, and Sri Lanka, and her next stop is Mexico. However, Hatch has found that, no matter where she is, or what the cultural context may be, street harassment is “very much universal.”

The statistics agree with her. According to the World Health Organisation, an estimated one in three women worldwide will experience physical and/or sexual abuse in their lifetime. In the UK, government reports suggest that 85 percent of women aged 18-24 have confronted some form of street harassment. While, in Sri Lanka, 90 percent of women face harassment on public buses and trains, with 74 percent claiming the harassment was physical; sadly, only 4 percent report it, the UNFPA states. “There is so much victim blaming, stigma, and shame surrounding sexual harassment,” says Hatch. The photographer explains that this is the reason so women internalize and suppress their experiences or brush them off with a laugh.

But it’s not a joke. Harassment is part of the infrastructure that perpetuates gender inequality; it can leave women vulnerable, powerless, and dehumanised. When harassment occurs on public transport, it serves to inadvertently restrict women’s movement and their sense of freedom, preventing them from pursuing certain opportunities.

A young Sri Lankan women called Shanuki, whose photograph appears on the Cheer Up Luv Instagram account, told Hatch that it was “years before [she] was brave enough to get on public transport on [her] own again.” Shanuki said that she never told her family about what happened when she decided to take the bus late one evening after school, but she decided to open up about it for the Cheer Up Luv project.

“I got on the bus and sat right at the back,” the caption alongside Shanuki’s photograph reads. “A little while later, four teenage boys got in. They saw me seated alone at the back and came towards me …. One boy held me back by my shoulders and another ran his hand up my school-dress, whilst the other two stood over me. I completely froze and was unable to comprehend what was happening, until the hand started squeezing my upper thigh.” The other passengers did nothing to help while she was being harassed “except glower at me. Even the bus conductor ignored me.”

According to research conducted by Global Views, an international community of writers and activists, sexual abuse is often seen as the victim’s fault in Sri Lanka. Global Views states that “the issue [of sexual abuse is complicated by] the fact that victims who do make police reports or come forward to talk about street harassment are often targeted themselves, particularly online.” They point to the example of Malki Opatha, whose tweet about her own experience of street harassment quickly resulted in victim blaming, “with many Twitter users asking her why she had chosen to sit near the window on the bus, and others telling her she should have shouted at the perpetrator.” These were the issues Hatch and the UN were looking to address in their Don’t Look Away and Does She Travel Safe? campaigns.

Sadly, however, there was a backlash to these projects, especially from Sri Lankan men, who commented on Facebook saying that the project was “MeToo propaganda,” dismissing the women as paid actresses, and blaming the women them for wearing makeup or short skirts. Some even asked why these women were traveling on a bus if they didn’t want to be touched.

In response, Hatch initiated a counter project, creating a video with the women who were interviewed for Don’t Look Away and Does She Travel Safe? to highlight the online abuse they were receiving and to make it clear that this is one of the reasons why women don’t speak out against harassment. “We [started] a dialogue about it, which was incredible, because it felt like no-one was challenging this issue at all,” she explains. “We were giving these women a voice.”

Giving women a voice is the main aim of Hatch’s Cheer Up Luv project. Through her work, she demonstrates the scale of abuse women can experience in their lifetime. “If you’ve been made to feel uncomfortable or violated in a situation,” she says, “then you have the opportunity and the voice to say that.”

Cheer Up Luv started before the MeToo movement brought down powerful men in media, music, politics, and tech, as “a reaction to growing up in London and experiencing harassment as background noise for most of [her] teenage years.” The whole thing, Hatch explains, “was instigated by a man walking past me and telling me to ‘cheer up.’” She was en route to her friend’s house, where she proceeded to have a frank conversation about harassment and catcalling that went on for hours. One of her male friends said, “What are you talking about? This is a compliment, you know, you should be flattered.”

Hatch realized that, if her close male friends, people she considered to be fairly “woke,” down-to-earth guys, didn’t know the extent of the problem and thought it was complimentary, she needed to do something about it.

What’s important to the photographer is that Cheer Up Luv gives a platform to all women, however different their stories of harassment may be. “A comment people say to me all the time is: how can you have so many of these stories occupy the same space? You’ll have someone saying ‘smile’ to a woman and another person dragged them down a dark alley. The scale of things is so different,” Hatch explains, “but that’s the whole point. Everyone is valid.”

With her Instagram and emails flooded with messages from women and girls around the world, each willing to voice their own story on her platform, it’s clear sexual harassment is still something that many people deal with on a daily basis. All Hatch hopes is that Cheer Up Luv will show that this kind of behaviour is considered “normal, and it shouldn't be normal.” If the project can raise awareness about the innate misogyny and power imbalance behind this kind of abuse, maybe, she says, “it might stop people perpetrating.”