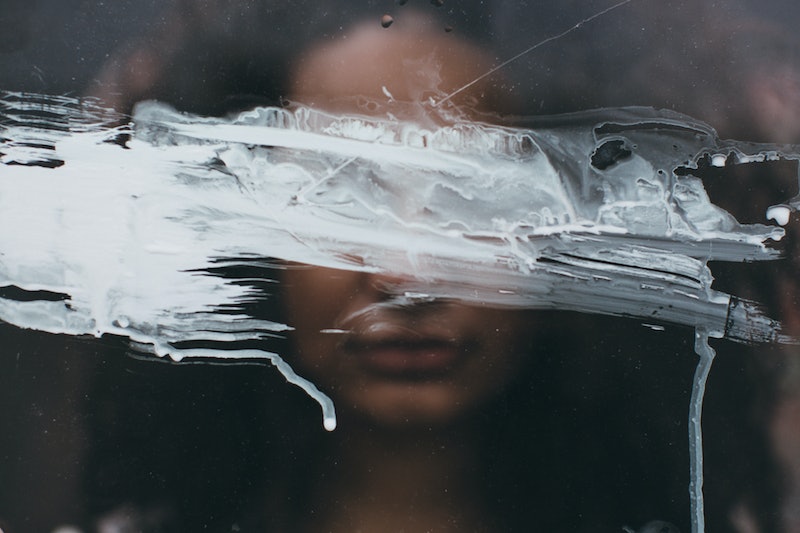 Instagrammer and mental health advocate Elyse Fox's inspiration for her popular "Sad Girls Club" Instagram all started with a small film project. But this undertaking was no small effort! The film, called "Conversations with Friends," aimed to tackle an issue plenty of women deal with: mental health. In the film, Fox documents her year-long struggle with depression, and out of that project came another way to support women just like her. She told Teen Vogue of the project, "I'm working to ignite the conversation and remove the negative stigma around mental health."

Shortly after, Fox mentioned that she received a "wave" of girls and women reaching out after watching. They expressed their need for mentors within their community, and Fox decided to take action. She started the Sad Girls Club as a community-based effort to address the silence and lack of support for women like Fox. "I'm a first-generation Caribbean woman," said Fox to Teen Vogue. "The topic of mental illness was never discussed in my home. I never had the outlook or knew how to speak about it."

A cause worth fighting for indeed. Even though we are aware that there is a negative stigma surrounding WOC and mental health, studies have shown that African-American women are more likely to deal with symptoms of mental illness than their white peers, even though they are less likely to get the help they need. Even if you're educated and ostensibly have better access to resources, studies also show that women with higher levels of education are less likely to seek help.

To create an environment where women can support each other as they deal with the curveballs life can throw at your mental health, Fox started the Sad Girls Club. It's a simple act of bringing women together, and but is a larger gesture that shows they aren't alone in their struggle.

This is why what Fox's club is so important. More women regardless of education, popularity, or socioeconomic background need support. If you're fighting an inner battle between speaking up and not burdening others with your mental illness, you aren't the only one. And we see these examples not just when a new study is released, but also with our internet favorites like Selena Gomez. Gomez shared just last year that she had lupus, a medical condition with side effects that can cause anxiety, depression, and panic attacks.

"I wish more people would talk about therapy," Gomez said in an interview with Teen Vogue. "We girls, we're taught to be almost too resilient, to be strong and sexy and cool and laid-back, the girl who's down. We also need to feel allowed to fall apart."

When asked about how this issue impacts women of color, Fox mentioned that mental health is color blind. She told Teen Vogue, "I want everyone to know about mental health, that it isn’t something that is visible. It doesn’t have a face, no age range. It’s a chemical imbalance [in some cases] and it's something we can cope with — and it's best to do it together rather than alone."

To fill in the gaps, or health disparities, for women of color and mental health, it will take women like Fox and others who decide to stand up on and offline. If you want to take it a step further — and Fox recommends you do — commit to telling a friend, confidante, or trained professional about your challenges. Because believe it or not, your silence says something, too.