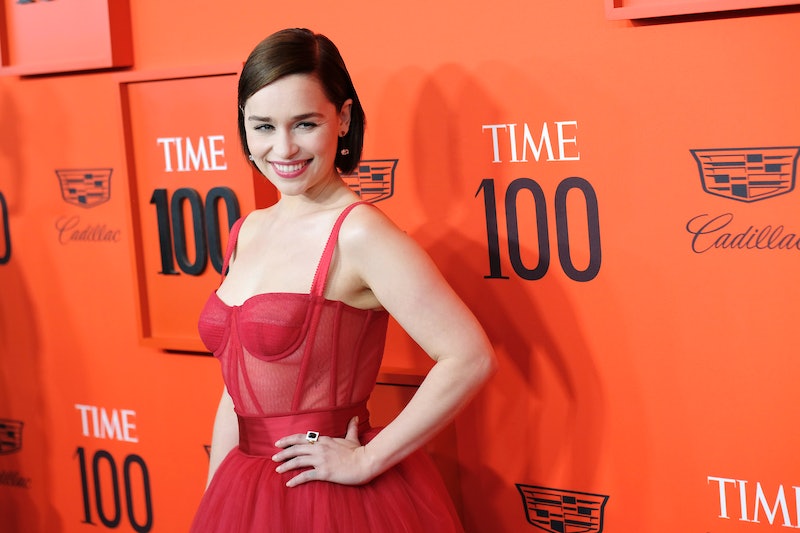 Daenerys Stormborn of House Targaryen, first of her name, Rightful heir to the Iron Throne, Mother of Dragons, etc. (you get the picture) is an iconic character. She's so full of strength and resilience, that Emilia Clarke said playing Daenerys on Game of Thrones saved her life, quite literally.

Daenerys was, hands down, one of the strongest characters on all eight seasons of GoT. She stood up for herself and fought for what she deemed as right, which, for the majority of her story, was right. People tried to kill her from the moment she was born, and they didn't stop until her last breath. Sure, her story took a darker turn and her ending was very tragic, but overall, Daenerys was very much a symbol of strength for fans, so it makes sense that she was a source of strength for Clarke, too.

In a new "Actors on Actors" segment for Variety, Clarke and Regina Hall spoke about their most recent roles, how they got their starts, and everywhere in between. The conversation turned to getting "wild" in your 20s, something Clarke wasn't able to do because of GoT and her brain hemorrhages and surgeries. Hall asked if that changed her at all, career-wise or differently. "I always say that Daenerys literally saved my life, because it puts you in quite the headspace when you’ve had a brain injury," Clarke answered. "Walking in her shoes, I just put so much more into each season because it really was life or death. I felt so powerfully that she was saving me. I could only see her."

Again, Daenerys went through a lot on the show, and was, for the most part, a strong leader in all of her scenes. Acting out those storylines sound like the best type of boost anyone could ask for, even someone like Clarke, who had just gone through life-threatening health issues. "That was my single point of focus that allowed me to not think about anything scarier than just getting on set," she continued to Hall. As Daenerys herself said in Season 7 to Jon Snow, in all she's gone through — exile, rape, violence in general, and captivity — faith in herself and her own strength kept her standing. "Faith. Not in any gods, not in myths and legends. In myself. In Daenerys Targaryen," she said.

This is something the actor has said since revealing her massive health scare back in March in a New Yorker essay. According to Elle, while speaking with CBS Sunday Morning, Clarke revealed just how important going to work was for her mental health and getting through moments where she might not have survived otherwise. "You go on set, and you play a badass, and you walk through fire, and that became the thing that just saved me from considering my own mortality," she said.

Clarke clearly loves Daenerys. A fact made clear in her post-finale interview with Entertainment Weekly interview. Admitting that learning Dany's fate took its toll on her, she said she never abandoned the Mother of Dragons, and never will. “I stand by Daenerys. I stand by her!" she said. "I can’t not.” And after all Daenerys has done for her, it just feels right.