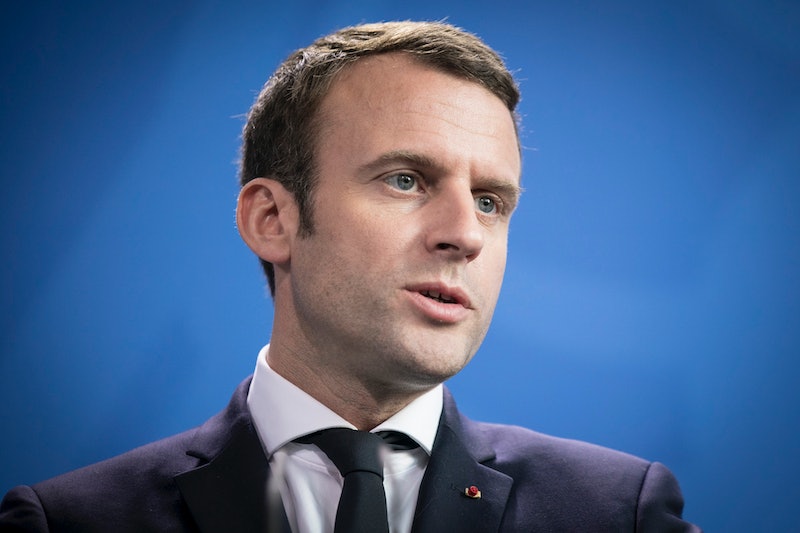 In a statement released on Thursday, Macron characterized Trump's decision to withdraw from the landmark (though admittedly non-binding) international climate agreement as a "mistake." Ultimately, he called on scientists who are concerned with the state of the climate to work alongside France, saying:

To all scientists, engineers, entrepreneurs, and responsible citizens who were disappointed by the decision of the president of the United States, I want to say that they will find in France a second homeland. I call on them, come, and work here with us, to work together on concrete solutions for our planet, our environment. I can assure you France will not give up the fight.

It should come as no surprise that Macron is positioning France as a leader on addressing climate change, as well as in the international community. This is especially true after Trump's behavior at the recent NATO summit in Belgium fueled the belief that American international leadership may be on the wane.

Simply put, any opening for a major EU member state to pick up some of the slack left behind by the United States could be a big opportunity, establishing that country's place in a new global pecking order. Obviously, France is not and will never be the military power the United States is, but on matters of climate and environmental science, there's a wide-open lane to seize global leadership.

Of course, it remains to be seen whether any American scientists take Macron up on the offer. But amid a symbolically dire step back for the United States on climate science, the fact that European allies are standing tall and holding the line is something anybody concerned about the environment, regardless of political party or national origin, should cheer.