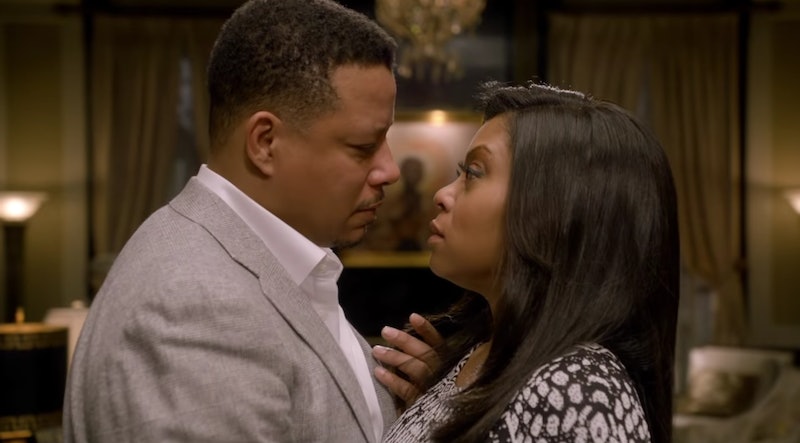 As the novel coronavirus shuts down television productions worldwide, shows are suddenly finding themselves on surprise hiatuses and faced with uncertain futures. But one former juggernaut's future was made certain: Empire won't return for season 7. It will also be taking its bow a bit early, as the production stoppage has effectively cancelled the filming of the show's penultimate and ultimate episodes.

The Terrence Howard and Taraji P. Henson helmed drama about the trials and tribulations of a hip-hop dynasty was set to play out over 20 episodes. But with production completely at a standstill, it will instead end with the premiere of its 18th episode on April 21. Last May showrunner Charlie Collier told Deadline, "We are turning the final season into a large TV event — we are trying to go out guns a-blazing. You allow fans to lean in and have the ending they deserve."

For now, however, Deadline reports that Empire's final episode will also include footage from episode 19, which prematurely ended production due to the pandemic stoppage. Episode 20, meanwhile, will remain in the limbo of pre-production, at least for the foreseeable future.

But that's not to say it'll never be realized. Per Entertainment Weekly, co-creator Lee Daniels commented on the early finale and offered a bit of hope for the show's fans, saying, "I think there’s more to do with these characters, and I’m heartbroken we aren’t getting to shoot the finale we wanted — at least not yet. But you know what they say in television? Stay tuned! To the Empire!" Fellow co-creator Danny Strong also said, "The episode airing on April 21 was never meant to be the series finale, but due to current events it will likely be the last one our fans will see for a while. We had an ending for the series planned that we all loved, and hopefully someday we’ll be able to film it and give the series its proper conclusion."

Disappointing though it may be that the show won't be ending the way the creators and fans might have wanted, there's still a glimmer of hope that the show will live on in some small way. As Deadline reported from the Television Critics Association press tour back in January, Fox Entertainment president Michael Thorn commented on the rumored Empire spinoff starring Henson's character, Cookie Lyon, saying, "We have talked about it but there has been no pitch, and there has been no deals. Would we like to keep Taraji [P. Henson] on our air for as long as possible? Of course!" He went on to say, "We have talked and continue to talk with the producers about spinoffs all the time, but when you have a show that’s iconic, if we are going to do it, it’s got to be great and hopefully worthy of being in the same sentence as the original."