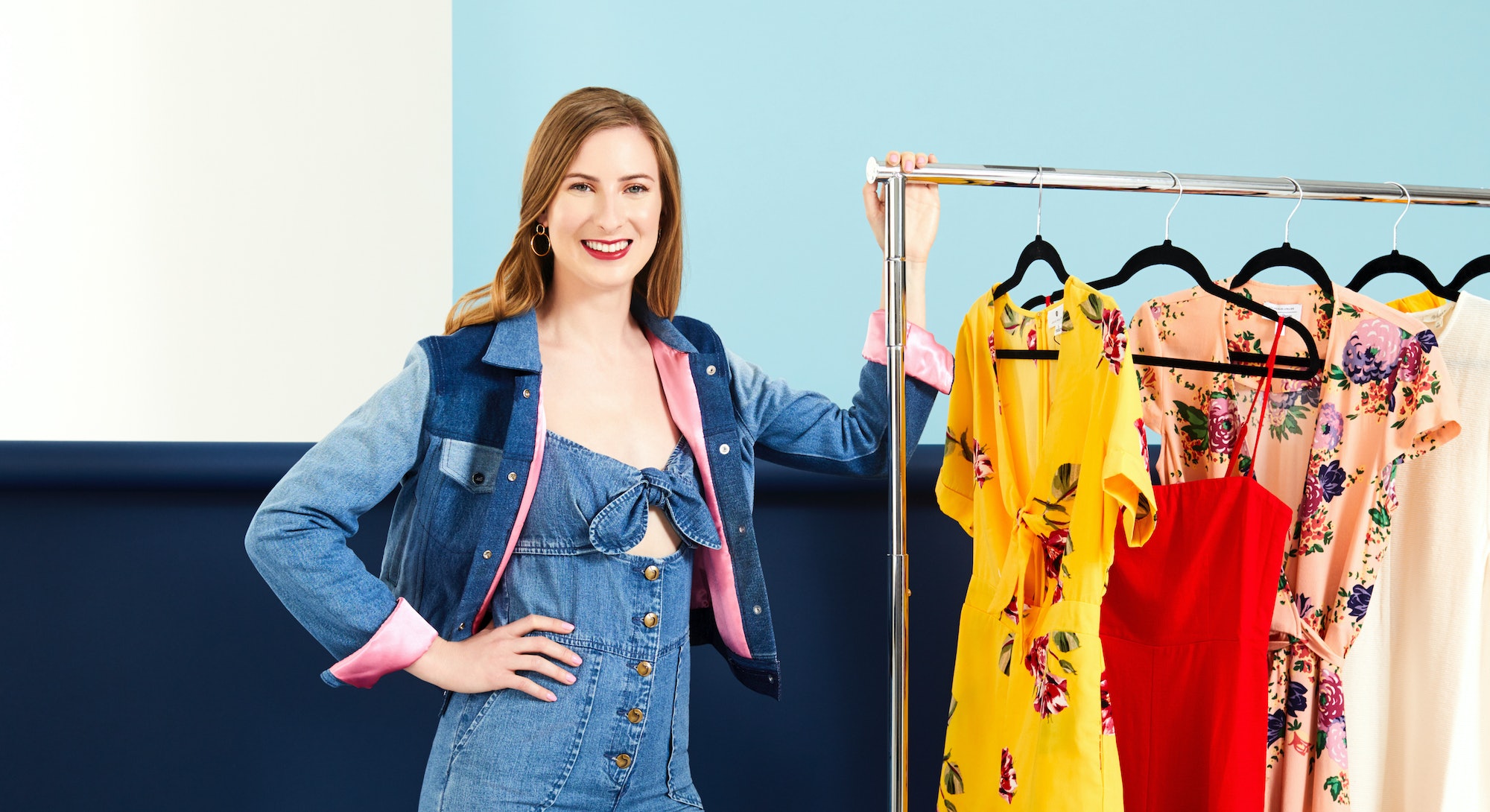 If you hear that someone is an engineer, it's likely that a few characterizations come to mind: left-brained, reserved, someone living in the glow of a computer screen, and most likely male. Twenty-eight year old engineer and style blogger Katherine Quigg breaks that stereotype.

"A lot of people have this idea that if you're an engineer, you’re a certain type of person," says Quigg, as we sit knee-to-knee while she gets her smooth blonde hair blown out. "The idea is that you're an introvert who doesn’t like hanging out with people, who prefers to sit behind a desk and crunch numbers. I want to show that there are a lot of engineering paths to go into, and you don’t need to be a specific type of person."

In her case, you can be a math whiz, a woman in STEM, and also a writer, blogger, and fashion aficionado. By day, Quigg is a civil engineer who focuses on structural engineering. Her 9-to-5 involves building sound, sustainable bridges and buildings. She currently works as a trade representative for American steel companies, but in the past, has overseen construction sites.

Katherine wears a jumpsuit by Joe's, shoes by Aquatalia, earrings, by Baublebar, jacket by Mighty Company in hero

By night — or rather, with any free time she has — she runs the style blog Engineering in Style.

On one level, her blog is a place where she can be creative outside of work, showcase her personal style, and have fun. Perusing her feed, you'll see her style is effortless, casual, girl-next-door everyday realness — nothing too fussy, with just the right amount of girly flair combined with a huge dose of confidence.

On another level, the blog gives a face and voice to people who break the STEM stereotype. "When I first entered the work force, I met people on jobs who were surprised that I was an engineer, which I found weird," says Quigg. "In my field, I’m usually the youngest in the room, and typically the only woman. Within engineering, I want to show that there are a lot of paths to go into, and you don’t need to be a specific type of person. There’s no reason we should be surprised that anyone can do anything!"

Katherine wears: a top by Madewell, jeans by Joe's, sandals by Sam Edelman, a necklace by Baublebar

From a young age, Quigg knew that she wanted to be an engineer. Her grandfather was a civil engineer, and her dad a math professor, so STEM is in her blood. While she's always loved math, she also wanted to be social and work in the field.

Not coincidentally, she also has fashion in her blood. "My mom has a degree in fashion design. She taught me to sew, to knit and weave, all these other crafty things when I was younger, so that really had an influence on me!"

With the perfect balance of left-brained planning and right-brained creativity, starting a fashion blog wasn't much of a jump for her. In October 2013, she launched the blog that became Engineering in Style. She tells me that she was initially hesitant to start it on her own, so she enlisted a friend and they got to work. And while her outfits are meticulously planned, the brand and tone of Engineering in Style came to life organically.

"Our process was pretty quick!" she tells me. "At the beginning, we brainstormed, spent about three weeks coming up with a name, launched our page, and within a week we were posting. There was almost no pre-planning that went into it."

Katherine wears a dress by ASOS, her own bag and shoes.

The posts started off as personal and style profiles of other engineers, again expanding on what people believe an engineer looks like. And like any creative project, the content and mission have evolved very much over the years. "I ended up really enjoying the process, and ended up writing most of our posts. From there it developed into a lot of personal style, which was a lot of fun to do."

And while balancing both her day job and her after-school passion takes a lot of focus and discipline, there are plenty of ways that her side-hustle makes her better at her day job, and vice versa.

"As far as writing content, I’m known as one of the best writers at work. I had a big voice in developing our website," Quigg says. "As for my blog, my day job gives me the work ethic. Being a STEM person, I also have the ability to figure out some of the coding issues that other people might not have."

Katharine wears a dress by ASOS, a cuff by Tribe + Glory, shoes by Sam Edelman, a bag by Loeffler Randall

Just as it is with any work project, every person brings their unique passion and skill set to their particular side-hustle. But if you're wondering just how to start, you don't always need to have a plan.

Her advice for starting a passion project? "Just do it! Sometimes you have a very concrete idea of what you want to do beforehand, but it’s likely to change. You might as well just start and see what it develops into. There’s never gonna be a 'right' time. Just start, and go with it."