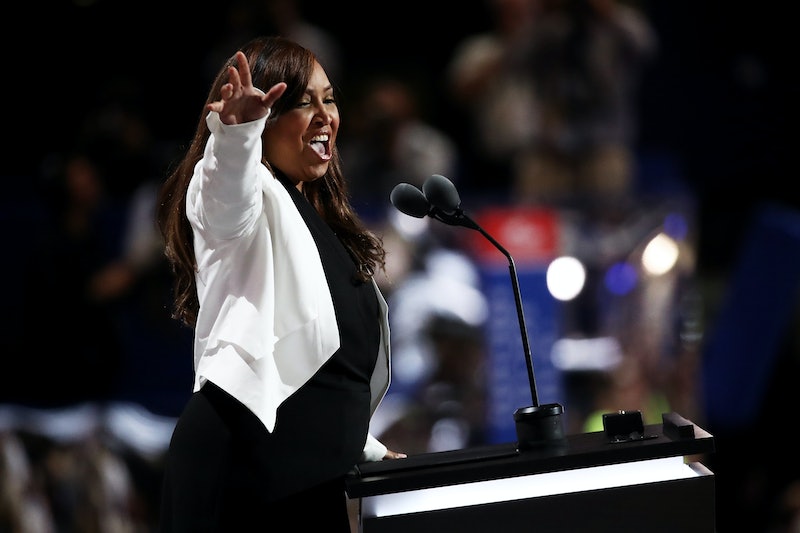 Longtime Trump family friend and loyalist Lynne Patton will lead New York's federal housing program, according to multiple news reports. Donald Trump reportedly appointed Patton to the position of Regional Administrator of Region II for the Department of Housing and Urban Development, an area which also includes the state of New Jersey. Patton's alleged underqualification for the position is causing controversy online, along with a slew of allegations against Patton and one of the organizations she used to work for.

For the last six months, Patton has served as the Senior Advisor & Director of Public Engagement for the Department of Housing and Urban Development, but that's her only experience in public housing or federal government so far. According to her Linkedin page, Patton's work prior to January of this year was exclusively with the Trump Organization and Donald Trump's presidential campaign.

She's served as the an event planner for the Trumps' business events, the family liaison during the campaign, and Vice President of the Eric Trump Foundation, which the New York Attorney General's Office is currently "looking into" after reports of alleged self-dealing to family members via The Trump Organization. Patton posted on her Twitter shortly after that news broke, denying the claims and saying that "any journalist can interview terminated employees or align data to serve a false narrative" and the organization was only guilty of "trying to save too much money for the children of St. Jude" by "relying heavily on donated professional services."

It's unclear what Patton's responsibilities are at HUD currently or how the experience may have prepared her for the billion-dollar budget management she's about to take on. As Region II Administrator, Patton will be in charge of distributing the multi-billion budget, which includes the vast majority of the money that New York City relies on for public housing. Although she has been serving as a Senior Advisor for the last six months, there are no mentions of her anywhere on the HUD website, nor is she listed among the department's principal staff among other senior advisors. The department of Public Engagement doesn't exist, and Patton isn't listed in the Department of Public Affairs staff page either.

One news story claimed that she was sent by Carson on a trip to New York City, a huge part of the area she will now oversee. The Real Deal reported that New York City Housing Authority chair Shola Olatoye contacted Carson three times and did not receive a response. "Olatoye claimed Patton showed no interest in visiting any housing units or discussing a federal program to improve affordable housing stock. Instead she visited a community center in the Bronx," The Real Deal stated. However, a source close to the Housing Authority who chose to remain anonymous told Bustle that Olatoye was unable to attend the trip with Patton, and that Olatoye was commenting only on what she was told from her representatives who had accompanied Patton.

Upon the news of Patton's appointment to the HUD position, The New York Times reported that Olayote had released a statement saying that the NYCHA "[hopes Patton] will continue HUD’s commitment to public housing and Section 8 as we strive to provide safe, clean and connected communities for New York City." The NYCHA reiterated the statement in its comment to Bustle.

The final aggravating factor behind Patton's appointment is that the HUD budget was slashed by about 13 percent. That means Patton will have to learn to operate a trim budget very quickly, and has little room to make any false step. Patton may be unexperienced, but for the sake of the marginalized people who will be under her care, everyone should be rooting for her to manage her region responsibly and efficiently.