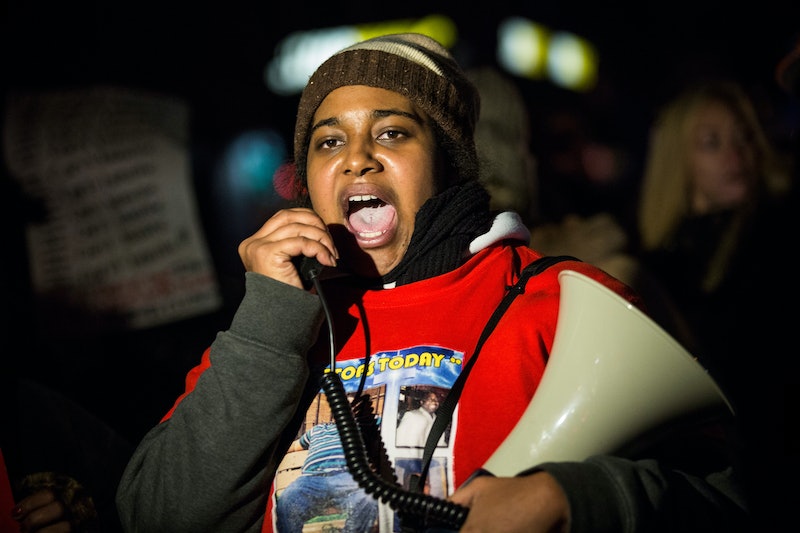 America is a country heaving with millions of bleeding Black hearts, and until we eradicate the issues of police brutality and an archaic criminal justice system, our hearts will continue to bleed and break from the injustice of it all.

A year ago, on Dec. 30, 2017, Erica Garner passed away from a heart attack at just 27 years old. She spent the last few years of her life becoming a prominent figure in modern activism after the death of her father, Eric Garner, at the hands of a New York police officer.

“Even with my own heartbreak, when I demand justice, it’s never just for Eric Garner,” Garner wrote in her 2016 op-ed in the Washington Post.

Her father’s fatal encounter with the New York Police Department brought national attention to the unresolved epidemic of violence and subjugation that African Americans disproportionately suffer at the hands of law enforcement, and Erica Garner was a warrior who made it her life’s mission to make sure we never stop having that critical discussion. But more importantly, she wanted those thoughts and feelings to evolve from mundane discourse to actual policy reform.

As “I can’t breathe,” Eric Garner’s now-famous last words, became somewhat the slogan of a movement for police accountability, Ms. Garner initially hesitated to step into the shoes of an activist. But selfless as she was, she patched up her bleeding heart and became the face of resistance.

An outspoken critic of law enforcement and politicians alike, Ms. Garner organized “die-ins” in the very spot her father was killed, and openly condemned New York City Mayor Bill de Blasio and even President Barack Obama. In her eyes, anyone that should be held accountable for criminal injustice against African Americans would be held accountable.

Now, a year after her passing, who do we hold accountable for her death?

Just three weeks before she died, she spoke about the enormous toll she was under. “I’m struggling right now with the stress and everything,” she said in an interview with Benjamin Dixon of Like It or Not. “This thing, it beats you down. The system beats you down to where you can’t win.”

But justice does not come overnight, and through her legacy, Erica Garner inspired us to keep fighting until it does.

The system beat Erica Garner down. The same way it beat Venida Browder, Kalief Browder’s mother down. The system is not just killing or locking up Black men, it is also bringing trauma, pain, and death to Black women, too. It’s breaking our hearts. Literally.

The Black community cannot afford any more martyrs. We’re tired of seeing our names become hashtags. Because of Black women like Erica Garner, America knows our lives matter and it knows we can’t breathe, but still, because there are many people who want the system to remain broken, we continue to die.

When you look at the political climate in the country since Eric Garner’s death, it’s easy to give up hope. When dash-cam video after dash-cam video show the brutal way Black people die at the hands of cops and yet no indictment is made, it becomes difficult to imagine police accountability will ever be realized.

But justice does not come overnight, and through her legacy, Erica Garner inspired us to keep fighting until it does.

Unfortunately, Ms. Garner died before justice could be served to her father, but we all need to be her warriors and continue to fight for her and for all Black women who have had to carry a similar burden.

We have to believe, too.