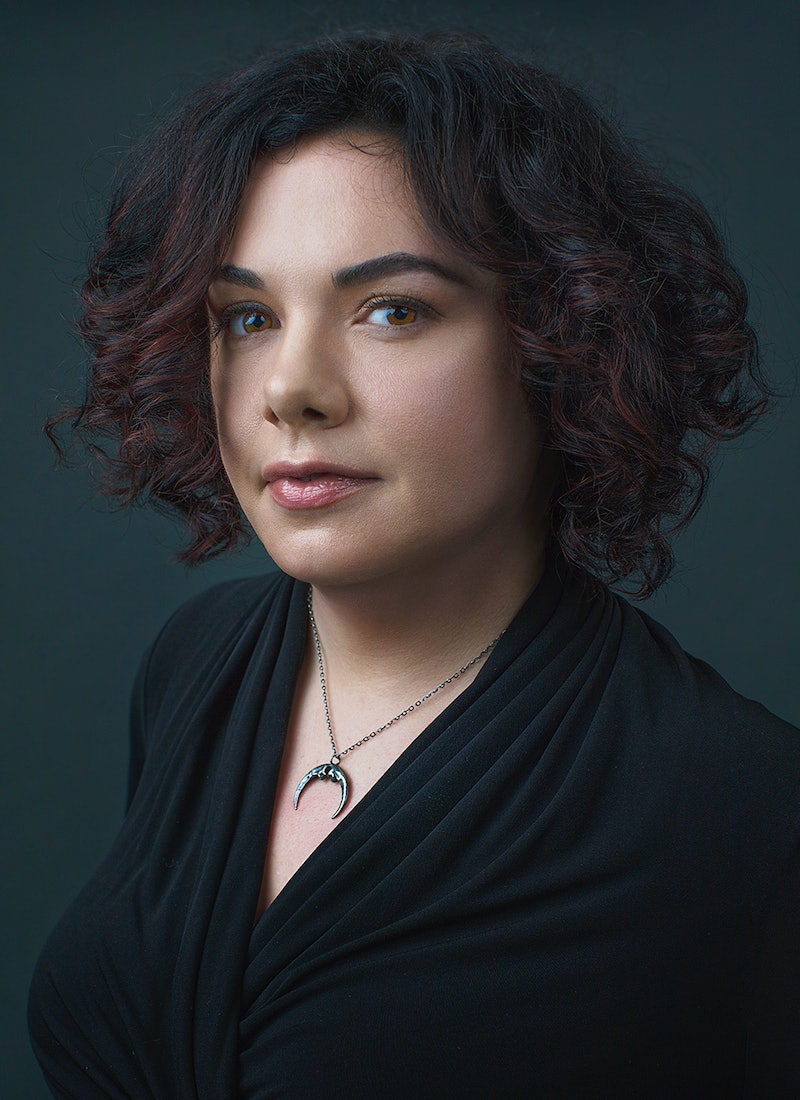 Not long after Erin Morgenstern’s first book, The Night Circus, came out in 2011, she found herself bombarded with questions about her next book. That second book would take her many years — so long, in fact, that some people on Twitter called her a "one-hit wonder" — and many drafts to complete, but The Starless Sea is finally here.

"It’s that sophomore novel terribleness!" she says, with a laugh.

The Night Circus spent seven weeks on The New York Times bestseller list and was translated into 37 languages. A film adaptation is in the works, to be produced by the same man who secured the film rights to the Harry Potter series. Head to #TheNightCircus on Tumblr or Instagram and you’ll see that fans of this book are as dedicated as fans of J.K. Rowling’s series.

“You have something very large to live up to," she says. "I had to try to forget that as much as I could."

This all came as a surprise to Morgenstern. "I thought it was going to be a weird book that maybe a few weird people would like and that would be fine," she says. There are certainly more than a few weird people; two million copies of the book have sold in the United States alone.

Which makes releasing a follow-up even harder.

“You have something very large to live up to," she says. "I had to try to forget that as much as I could."

Her solution? Log-off Twitter, and ignore the internet. She was able to drown out all the noise when she and her husband moved to the Berkshires, in Western Massachusetts, in 2016.

"We did not have cable or internet for two years," she says. "It was a very weird time to not have cable or internet, in that 2016 to 2018 window. But on the positive side, it really did allow me to get into [a mindset] that it’s just me and this book and I don’t have to think about what's outside this building and what people are going to say to me on Twitter, because I don't have enough cell service to check Twitter right now!"

The lack of cell service in her new home was key to writing, rewriting, and finally finishing that "terrible" sophomore novel: The Starless Sea.

The novel is worth the wait. At its core, The Starless Sea is a story about stories. The main tale centers on Zachary, a graduate student in Vermont who discovers a very old book of fairy tales, which mysteriously contains a story about his childhood. Zachary, surprised and confused, sets out to discover how his life ended up in a centuries-old book and, in the process, discovers a magical underground world — a library meets an art museum — called The Starless Sea.

"When I started writing the book, I thought it would be very much about books and it ended up expanding into a book about stories," Morgenstern says. She wanted to address the idea that life doesn't need to be “story shaped,” despite the fact that so many people search for “that arc and that neatness” of stories in their own lives.

I start with a place in my head, and my writing process is about trying to find the narrative that can tell the story of that place.

“It was hard, at some points, to be writing this big sprawling meta-book about these giant ideas, and try to have it be even vaguely coherent,” she says.

The Starless Sea functions as both an ode to those who love books and an engrossing fantasy epic. Morgenstern balances multiple stories, some of which are set in an entirely fantastical universe, others in a world that is very familiar to our own.

When I asked about how she plots a book like this, Morgenstern laughs and says, “You don’t.”

“I'm not a plotter," she says. "I start with a place in my head, and my writing process is about trying to find the narrative that can tell the story of that place. This one was a big sprawling mess for a very long time, and I probably wrote the whole thing over three or four times. It was a lot about coming up with more story than I would ever need, and then chiseling it away to figure out where the important pieces were.”

The magical otherworld of The Starless Sea, she says, "just showed up in her head."

"It's like you have a dream location," she says, "and it makes sense in your dream. Then when you’re awake, you have figure out what was that place?”

From there, she attempted to understand every single aspect of the world. "When it’s just sort of imaginary architecture, I always try to explore every level that I can," she says. "What does this space smell like? How is it lit? What does it really feel like to be in it? Because that helps me get into it.”

Scent and lighting are key to making a fantasy world feel real, Morgenstern says. "Scent is so underrated in writing in particular, because writers so rarely will describe how they smell. I was a lighting design student when I was a theater major in college, and so I always think about that. Lighting changes the mood of a space so drastically! A room lit with overhead fluorescent lights feel so different than the same room lit with candles. So those are [the] things I like to layer in for making it really feel like a real space."

The novel also feels "real" because the main character does. Zachary comments on everything happening to him, as anyone who has ever read a fantasy novel and then became the main character in a fantasy novel would. "Is this a quest or a sub-quest?" he asks himself at one point. In another scene, he is confronted with a glass that is carved with the word "drink." "Zachary recalls innumerable fairy-tale warnings against eating or drinking in underworlds and at the same time realizes he is incredibly thirsty," Morgenstern writes. "He suspects this is the only way forward." So he drinks, and continues on.

“I always wanted Zachary to be that self-aware fantasy novel character,” Morgenstern explains. “It’s something I heard Lev Grossman say once, 'Why wasn’t Harry Potter reading the heck out of the Narnia books?' He would've been in his closet under the stairs reading Narnia! I definitely wanted that slight awareness of 'This is weird, but this is familiar.'"

The experience of reading The Starless Sea will be both weird and familiar, and probably evoke many other feelings from readers, too.

"I hope that each reader finds something about the book that resonates for them personally," she says." That’s one of the best parts about writing for me: I get to put it out there, but the reading experience is collaborative between the reader and the book, so they get to make it their own."

The Starless Sea by Erin Morgenstern is available now.

More like this
Netflix Shut Down 'Bridgerton' S3 Rumours About A “Very Dark” Storyline
By Bustle
Jessica Simpson On The Time She Was Pursued By A Backstreet Boy & An *NSYNC Member
By The Editors
We’ve Entered The Hot Boy Reader Era
By Samantha Leach
'That '90s Show' Star Callie Haverda Got Advice From Mila Kunis & Ashton Kutcher
By Brad Witter
Get Even More From Bustle — Sign Up For The Newsletter
From hair trends to relationship advice, our daily newsletter has everything you need to sound like a person who’s on TikTok, even if you aren’t.