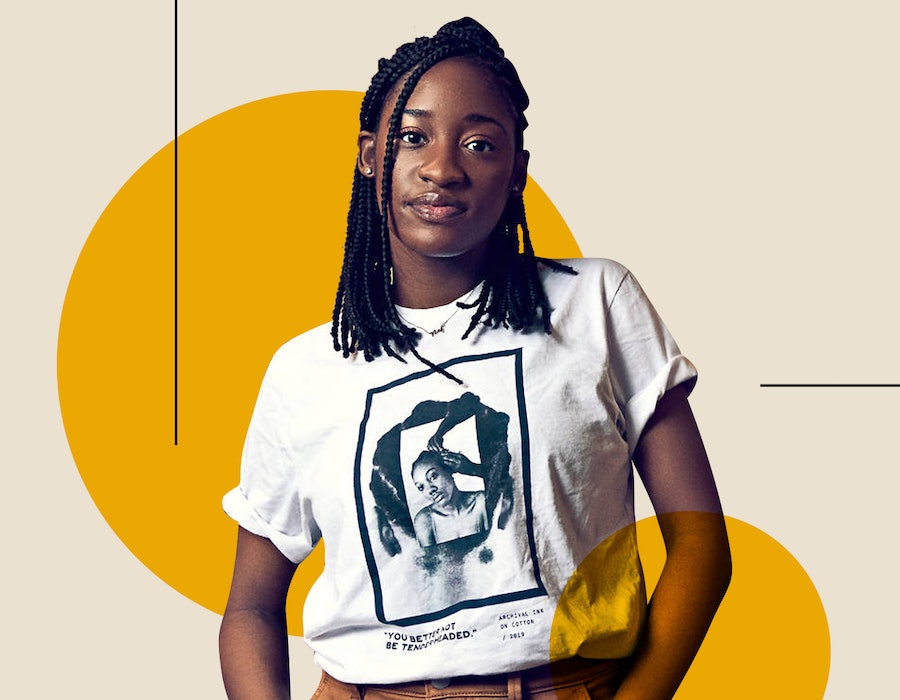 Following the police killings of George Floyd, Breonna Taylor, Tony McDade, and countless others, thousands of people have taken to the streets to protest police brutality and systemic racism. And just as necessary conversations are happening about how exactly to eradicate these traumas, many are focused on how Black people can heal in the face of this widespread grief and anger.

Naj Austin, founder and CEO of Ethel’s Club, decided to offer one solution in the form of free virtual healing and grieving circles. The wellness space for people of color pivoted to online programming once social distancing restrictions closed their Brooklyn, New York, clubhouse in March. The digital event — a therapist-led workshop with meditation, song, and more — received such an overwhelming response on Instagram that the app broke. (They can’t see notifications, and they’re trying to get through their flooded DM inbox.)

Bustle spoke to Austin about how she’s helping to create community through traumatic times, and what comes next.

My way of escaping my feelings has always been to work, which is very aligned with what’s going on in the world right now. I’ve felt a lot of sadness, usually at night when I can't work anymore and I have to confront how I'm feeling.

Members of our team have gone to protests, though I have not. It’s a complex discussion we need to have in the Black community — feeling like if we’re not doing one of the many things, we’re failing, or not doing our part. But I’ve told my team, look, let’s focus on what we’re really good at, which is making Black people and people of color feel seen and heard in ways that they've never felt before.

Going to these protests means being in a space with like-minded people working towards one common goal. It’s been really frustrating for me to not have that community because of COVID, and not be able to touch other people.

Hearing from Ethel’s Club members who’ve joined our grieving sessions in the past has helped me keep going. The last one we had was right after Kobe Bryant died. There was a very palpable sense of grief and sadness. Mental health was an issue before the current protests — it was always affected by systemic racism. But this is compounding it, and I think everyone's in a different place than they were a week and a half ago. And you’ve got all the fallout from COVID that hasn’t been met.

Originally, the virtual grief circles were supposed to be for 75 people, and that’s what we told the therapists facilitating them. Within a minute of announcing them on Instagram, we had 75 DMs from people asking if it was full. We just added people until we got to 500. We had to add another night of 500 slots, and then a third with 600. That filled up in six hours.

Even I was overwhelmed by the response and this is my entire business model. We gained over 100,000 followers since Friday, and there are so many that I can’t see the notifications. If you need intimate programming of 12 people, I'm your girl, but 500 people on Zoom is totally out of my comfort zone. Now, we’re trying to figure out ways to make this programming more accessible, and also make it easier for people who believe in the work we’re doing to donate.

People are very focused on what can be done now, which is totally fine. But we’re thinking a lot about what’ll come after. I’m trying to prepare for what Black people are going to need in September. I’ve reached out to different organizations leading the protests to see if we can work with them. After everyone donates and posts to Instagram, how do we keep up the level of engagement and education around what's happening? I'd love for there to be more conversation about that.

It feels like there's always something I can be doing. Craft emails for people to send out to their local community, help people make Google documents with shareable resources. When you see this mass mobilization, it's hard to not want to help in all of the ways. The other night I was thinking that we should figure out a way to feed protestors on the ground. How are they getting food? I hadn’t seen any donation funds that help with that. That was me at 2 a.m. two nights ago. Was that bad? Probably, because then I didn't sleep. But it's hard to tamp that impulse down.

I've got a lot of work ahead of me. But if I can help give people space to unburden themselves, if I could have that feeling resonate across the country, that would maybe help me sleep at night. Maybe.