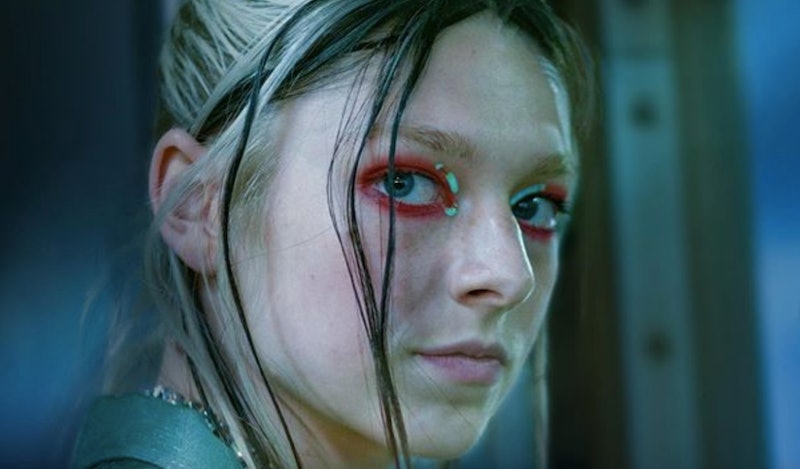 Even if you’ve never watched a single episode of HBO’s Euphoria, you couldn’t have missed all of the incredible makeup looks (and recreations) that trampled all over your social media timeline. If you ever wanted to wear the looks on before actually baring it on your face, a Euphoria makeup Instagram filter is here to test the waters for you.

For those who aren’t sure if the looks on Euphoria are a fit for your face, YouTuber and filter-creator Igor Saringer just saved the day.

According to Nylon, the filters sprouted up by Saringer, inspired by makeup artist Doniella Davy's looks on the HBO show, came in after Facebook expanded the bandwidth of what creators could do on Instagram.

According to Tech@Facebook, the platform announced earlier in August that it was going to allow anyone to create and share their augmented reality (AR) effects on Instagram. Now that the effects are out of beta testing, creators like Saringer are serving up a bunch of ways to show off Euphoria looks.

Currently, there are only 10 filters in total, and many of them reflect Jules and Maddie's style. However, to find all of Saringer's Euphoria-inspired makeup filters, there are a couple of ways to do it. You can either scroll to the end of the Effects Tray under Camera and search the Effects Gallery using "Maquiagens Euphoria by igorsaringer," or you can go straight to Saringer's Instagram and scroll to his effects tab and click on the same search term.

Once you're in the preview of the filter with Saringer trying out Maddie's look, you can click the "try it" button in the bottom left corner to view all the other Euphoria makeup filters labeled one through 10.

Here are two of Jules' simpler eyeshadow looks that you can play with on Instagram Stories. The left features the cloud makeup Jules wore in episode 3 and the right is Jules' easy-to-do yellow and white crease cut.

The makeup on Euphoria is basically up for grabs for any one of your moods. In fact, Euphoria's lead makeup artist Doniella Davy spoke with Interview Magazine to break down how the makeup on the show is a reflection of what each character is going through in that moment in time.

"Her [Jules] school looks are meant to be very of-the-moment, not over-thought," Davy said. "They’re meant to be cheeky and playful, and sometimes darker and more weird. They’re definitely like a mood ring to her emotion. Each of those looks absolutely is directly tied to what she’s going through in that particular scene. The cloud eyeliner—she’s totally head in the clouds in that moment. Then, as the season progresses, her looks get a little bit darker."

Although the first season of Euphoria has come to a close, the makeup, as well as these amazing filters, have kept the magic alive. Here's to hoping more of these iconic filters come into fruition as the series' seasons renew.