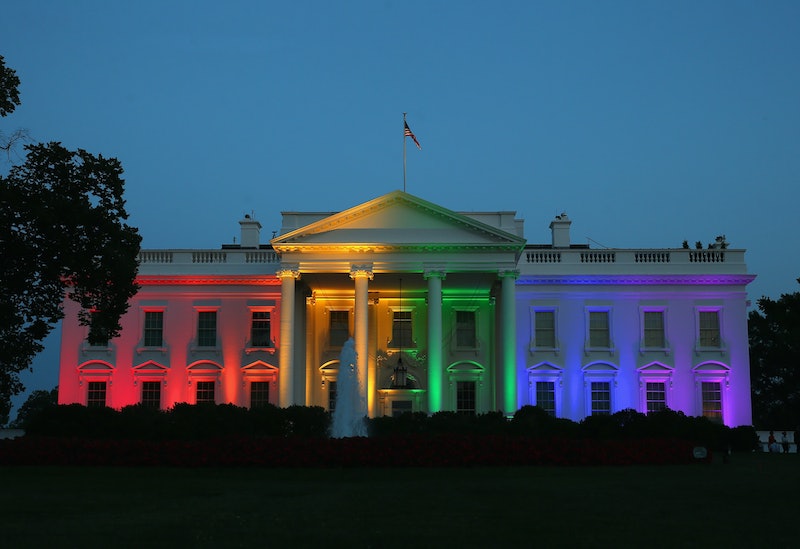 With the Trump administration rolling back a number of protections for LGBTQ people, the outcome of the 2020 election will be hugely consequential for issues of equality and LGBTQ rights. But while nearly every White House hopeful has described themselves as a supporter of this particular issue, each 2020 presidential candidate's LGBTQ rights positions differ somewhat.

It was only four years ago that a historic Supreme Court ruling legalized same-sex marriage across the county. Yet, despite some advances in issues of equality, LGBTQ people continue to face violence and harassment every day. According to Human Rights Campaign, at least eight transgender people have been violently killed in the first six months of 2019.

What's more, legislation enabling discrimination against the LGBTQ community on the grounds of religious freedom continues to be introduced across the country. The Trump administration has opposed the Equality Act; banned transgender people from serving in the military; expanded regulations enabling health care providers to refuse LGBTQ patients treatment for religious reasons; and rolled back existing protections for transgender prisoners. In fact, it's largely due to the Trump administration's recent efforts to rollback discrimination protections that LGBTQ rights have come to play such a major role in the 2020 presidential election. Here's what the 2020 presidential candidates have said about their plans for advancing equality and LGBTQ rights, if elected: