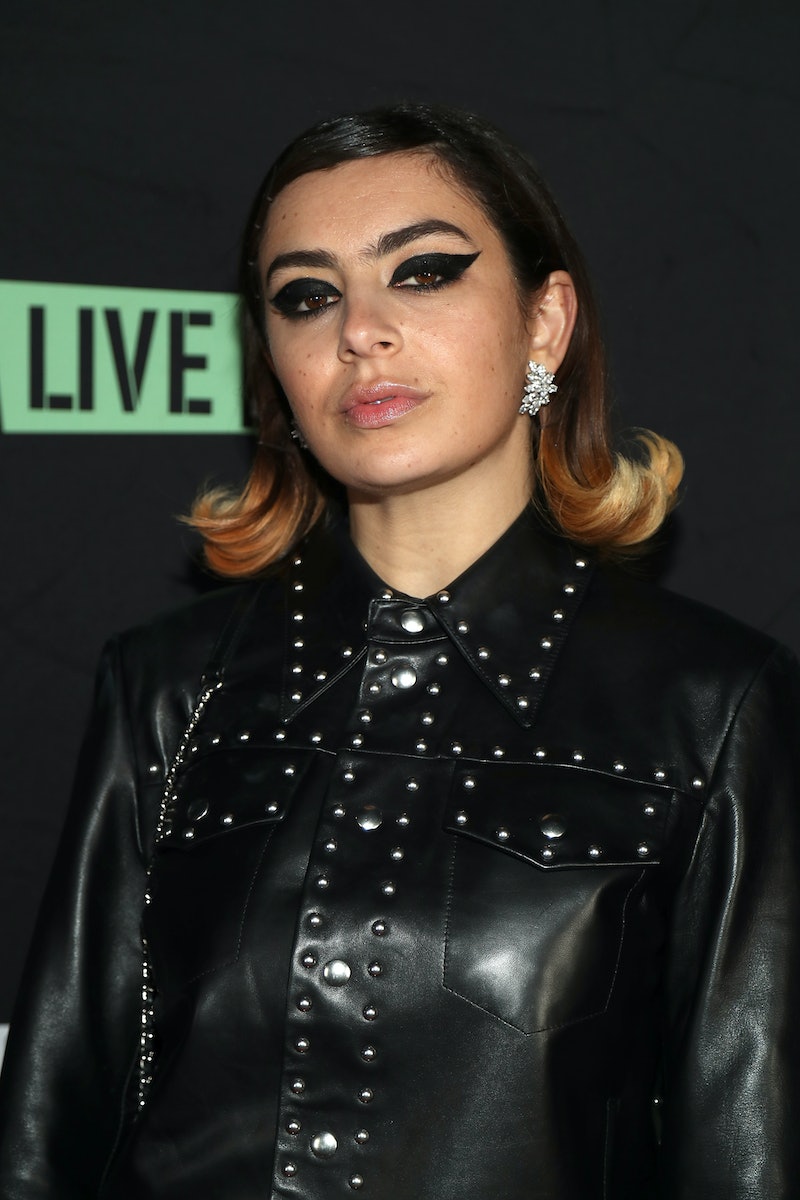 Memos are important. Memos let everyone know what the plan is for big nights, but hardly anyone was prepared to find everyone at the Grammys After Party wearing all black. Nearly everyone you could imagine stepped out into the darkness decked to the nines in head-to-toe black. In the event that there was a arrival who didn't wear an all black get-up, you can probably guess they stood out like a needle in a haystack. For the ones that did, it's what you'd call glam vamp at its darkest hour.

Once stars traded in their art installation gowns for other short, but movable outfits, it was time to go off and have a ball. Interestingy enough, the common theme for the night was all black everything, to which, many celebs followed for the most part. If Morticia Adams threw a party with her 500 closest socialite friends, it’d probably look a lot like these Grammys after party looks coming together in one space.

Across pop, folk, R&B and performers outside the music industry altogether, famous folks gathered at Republic Records Grammys after-party, including Shay Mitchel, Joe Jonas and fiancee Sophie Turner, and Ashley Tisdale. For some of the true party animals, the party continued into the night at Universal Music Group’s Grammy after party where stars like Hailee Steinfeld and big Grammy winner Kacey Musgraves were in attendance.

Others opted in for showing up to Lady Gaga and Mark Ronson's shindig where performers like Charlie XCX and Rick Ross took the stage in all black ensembles.

Charlie threw her look all the way back to the '90s in this faux leather studded skirt set. This outfit looks like it came from the underground, but that's exactly why you'd want it. You might also want the shoes in, like, every color.

Rita Ora's look screamed gothic chic in this black lace gettup with a panty and bra set to match. It's both parts fierce and a tad frightening.

Ashley Tisdale also chose to wear something black and see-through, leaving her in head to to chiffon and a pair of silver open-toed pumps.

When two celebs are spotted donning the same head-to-to black, there's an obvious reason for a paps to snap a full body pic. This photo is a double shot that's actually easy to down in one gulp.

Shay Mitchell's all black look was just as sophisticated as the character she played on Netflix's You. She wore a low cut blazer dress with a pair of black and gold strap heels.

Sophie Turner came through dripping in a pair of faux leather cigarette pants and an off-the-shoulder sequin top, matching the same all black theme as the after party attendees before her.

Keiynon Lonsdale may be fighting crime on the CW as Kid Flash, but he can tear up a red carpet in a loose fitted look and matching black beret any day.

No one will be able to get Maren Morris' voice out of their heads fro a while since "The Middle" became the summer's mpst played song. She, too, donned a black look consisting of a furry sweatshirt and a double slit skirt.

Once you go black, you can't get the color out of your system. So for those days you're on your goth swag, look to these stars for inspo.