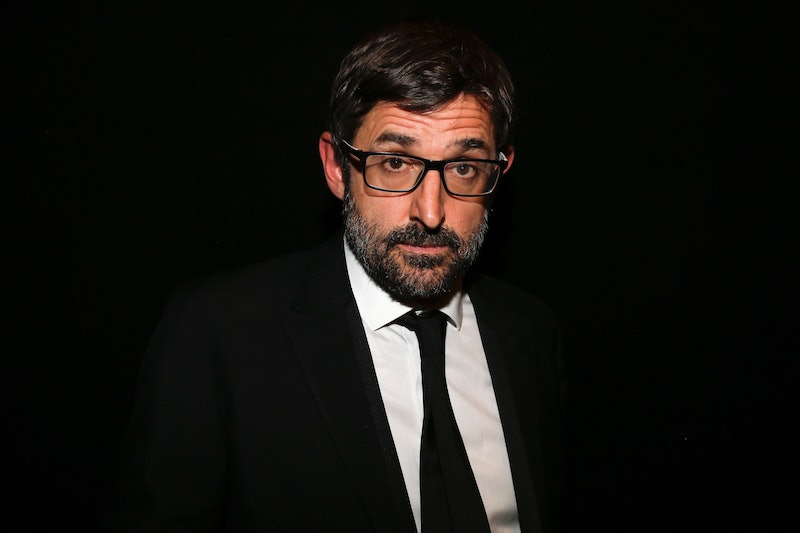 With the UK remaining in lockdown for at least another three weeks, it’s likely you too are wondering what you'll fill the time with. Turns out, there's a lot of hours in the day when you aren't busy commuting, going to the gym, or the pub... Luckily for us, Louis Theroux has taken a productive approach to lockdown, launching his very first podcast, Grounded, with Radio 4 and BBC Sounds.

If you’re anything like me, you’ll have already worked your way through Theroux’s catalogue of documentaries at least once over the last month. Grounded provides a new well of content for us to dive into. Each episode will document the time he is spending in lockdown as he tracks down high-profile people he’s been longing to talk to.

Theroux has been entertaining fans with his quirky interview style and gritty subject matter for 20 years and has won several BAFTAs in the process. Grounded is his first podcast and radio series and will be available on BBC Sounds from today (April 20), with the first full episode dropping on April 27. It will be broadcast on Radio 4 on May 6 at 8 p.m, too. Subsequent episodes will be released on Mondays via BBC Sounds, and then be broadcast on Radio 4 the following week.

In the first episode of Grounded, Theroux speaks to writer and documentary-maker Jon Ronson, who is isolated in Upstate New York. There’s no denying that you can draw parallels between Ronson and Theroux’s careers, and they talk about their professional rivalry, inhabiting similar worlds and how Ronson is handling the lockdown. Later in the series Theroux will talk to Boy George, Miriam Margolyes, and Lenny Henry, to name a few.

Speaking about the podcast Theroux said, “I've really loved doing these interviews. It's been a chance to speak to people I admire and have in-depth conversations with them, about their lives, their careers, and their most intimate feelings. Making a podcast and radio series is very different to my usual way of working. And for that reason, I've found it very fun and refreshing."

It feels like such a fitting time to release a podcast and Rhian Roberts, Radio 4 Commissioning Editor for Digital and Podcasts, said in a statement, “it feels like such a treat in these times to settle down with a podcast full of warmth and mischief - and a lot of insight. Louis is such great company, as always.”

If you don’t want to miss an episode of Grounded, you can subscribe now via BBC Sounds.