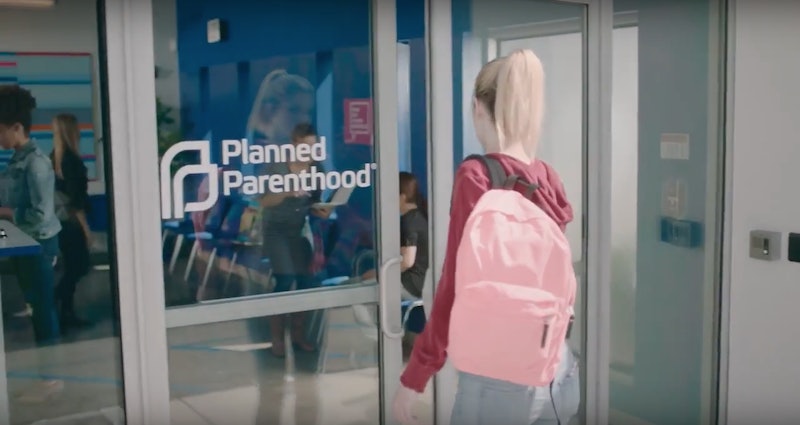 Joss Whedon/YouTube
By Sarah Friedmann
May 17, 2017

Since the start of 2017, Planned Parenthood has faced a new wave of threats from both the Trump administration and Congressional Republicans. For example, under the American Health Care Act, which passed earlier this month in the House of Representatives, Planned Parenthood would be barred from receiving funding under Medicaid But Planned Parenthood and its supporters are fighting back by showing how integral the organization is to so many Americans' lives. "UNLOCKED," a powerful new video released by Planned Parenthood from writer and director Joss Whedon, shows exactly what the United States would look like if those wishing to defund Planned Parenthood got their way.

Planned Parenthood provides a myriad of reproductive health services to women all over the United States every year. These services include tests and treatments for sexually transmitted diseases, cervical and breast cancer screenings, family planning and contraceptive services, and education programs, among others.

The first scenario shows a woman dying of breast cancer, after she was unable to have a regular cancer screening at Planned Parenthood that would have potentially saved her life. The second scenario shows a student contracting an STD; her friend had wanted to counsel her on the risks of unprotected sex, but did not feel comfortable doing so (though she would have had she been able to attend a peer education training at Planned Parenthood). The final scenario shows a pregnant high school student crumbling up college acceptance letters. The student had wanted to take birth control, but because she could not attain it from Planned Parenthood, she become pregnant and forever altered the course of her life.

The video then reverses the scenarios and shows what would have happened had these women's local Planned Parenthood clinic been open. The woman previously dying from breast cancer would instead survive and joyously celebrate her next birthday with family and friends. The young lady previously unsure of how to counsel her friend about STDs would instead attend a peer education seminar at Planned Parenthood and run an educational program at her own school, counseling her friend and others and preventing them from getting STDs. The high school student who was pregnant would have instead attained brith control from her local Planned Parenthood clinic.

This impactful video highlights just a few of the many ways in which Planned Parenthood profoundly impacts women's and men's lives. If you were moved by this video and want to support Planned Parenthood, consider standing with them by adding your name to their email list as well as by sharing this video using the hashtag #IStandWithPP. If you are so inclined, you can also donate directly to Planned Parenthood via this link.

More like this
Michigan’s Governor Is “Going To Fight Like Hell” To Protect Abortion Access
By Andrea Zelinski
How The City Healed Five Years On From The Manchester Arena Attack
By Ella Glover
Plan C Vs. Plan B: What's The Difference?
By Lexi Inks
The Little Princess Trust Is Accepting Afro Hair Donations For The First Time
By Tomi Otekunrin
Get Even More From Bustle — Sign Up For The Newsletter