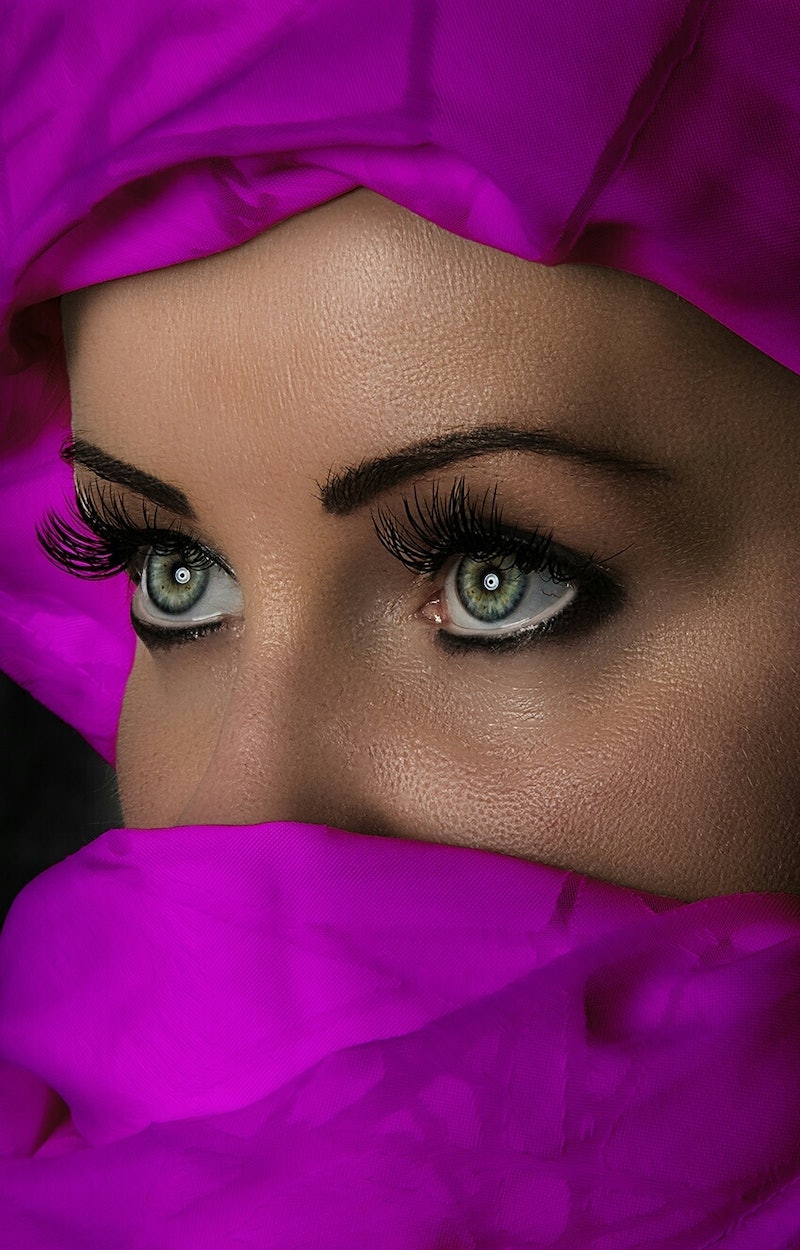 If you think working with a bottle of glue and a shaky hand is torture, you have no idea what our Victorian sisters put themselves through in order to have a thicker lash line. Eyelash extensions in the 1800s were on a whole other level. The Independent Journal, a Kansas newspaper, ran a story in 1899 that broke the new beauty technique to its readers.

“If your eyes are unattractive you may make them irresistible by transplanting the hair. Transplanted eyelashes and eyebrows are the latest things in the way of personal adornment," the newspaper reported. "An ordinary fine needle is threaded with a long hair, generally taken from the head of the person to be operated upon."

In order to numb the eyelid, the doctor rubbed cocaine on it (!!!), and then proceeded to thread the hairs through the edge of the lid with a needle, like he was patching a hole in a sock.

"The needle passes in and out along the edge of the lid leaving its hair thread in loops of carefully graduated length," The Independent Journal shared. He then took scissors, snipped all the hair strands to the same length, and voila, the woman was left with lusher lashes.

Since it was just head hair, though, you could imagine that the new lashes stuck straight up in an unnatural and stiff way.

"When they are at first cut they stick out in the most singular fashion, giving the person operated upon the most uncanny look," The Independent Journal reported. "The operator’s next step is to take curling tongs, made of silver, and no larger than knitting needles, and to give them the curve which is essential to perfect beauty. Then the eyes are carefully bandaged, and kept so until the following day."

Nothing like bringing a pair of hot tongs to your eyelid after they've been rubbed in cocaine and poked with a needle.

In 1901, a beauty manual written by a Countess entitled Beauty's Aids, Or, how to be Beautiful, touched on the procedure, sharing, "Recently, it appears, a successful experiment has been made by which a fallen eyelash can be replaced by grafting a hair of the same person, cut to the required length, into an incision previously made in the borders of the lids."

But, as the Anaconda Standard wrote in 1899, only the "brave and rich" could patronize the new method, seeing how painful and costly it was.

While getting glue all over your lashes might be annoying when you're trying to glam up your eyes, it's definitely a hell of a lot better then this Victorian version. From now on, you'll look at your falsies with nothing but gratitude.

Editor's Note: A previous version of this piece did not meet Bustle's editorial standards. It was updated on March 13, 2018 to meet those standards.