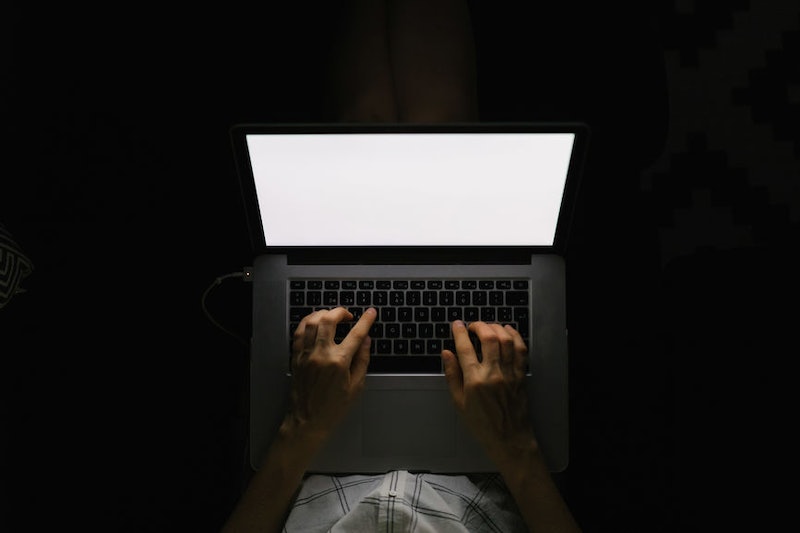 Here's an unsettling thought to disturb a perfectly pleasant Sunday: according to a new study by the Oxford Internet Institute, Facebook could have more dead users than alive within the next 50 years. Which raises some unsettling questions beyond the immediate horror of a half-deceased friend list: should this "digital graveyard" be preserved? Who should have access to the online records of billions of lives? And how do we prevent this data from being exploited for economic gain?

After analysing the data, the researchers established two extreme scenarios, with the reality expected to sit somewhere in the middle. In the former, which the researchers call "highly unlikely," no new Facebook users join the platform as of 2018. In 2060, the number of dead profiles worldwide exceeds 500 million; by 2079, that figure tops a billion. 1.4 billion users die by 2100 — 98 per cent of the network's estimated 1.43 billion users.

By the end of the century, 44 per cent of dead profiles come from Asia, with India and Indonesia contributing almost half that: 279 million dead profiles. And by 2070, dead users outnumber the living on Facebook.

In the second scenario, Facebook keeps accumulating users, expanding at its current global rate of 13 per cent per year until pretty much everyone has a profile. The number of dead users won't equal the living until the first decades of the 22nd century — but by 2100, there'll be a staggering 4.9 million dead profiles on Facebook.

So what's the significance of this data? Lead author Carl Öhman, a doctoral candidate at the Oxford Internet Institute, said in a press release, "These statistics give rise to new and difficult questions around who has the right to all this data, how should it be managed in the best interests of the families and friends of the deceased and its use by future historians to understand the past."

"The management of our digital remains will eventually affect everyone who uses social media, since all of us will one day pass away and leave our data behind," Öhman explained. "But the totality of the deceased user profiles also amounts to something larger than the sum of its parts. It is, or will at least become, part of our global digital heritage."

Co-author David Watson, another doctoral candidate, added, "Never before in history has such a vast archive of human behaviour and culture been assembled in one place. Controlling this archive will, in a sense, be to control our history. It is therefore important that we ensure that access to these historical data is not limited to a single for-profit firm. It is also important to make sure that future generations can use our digital heritage to understand their history."

Or to put it bluntly: there's more at stake than simply determining who can see your embarrassing teenage profile photos after you die.