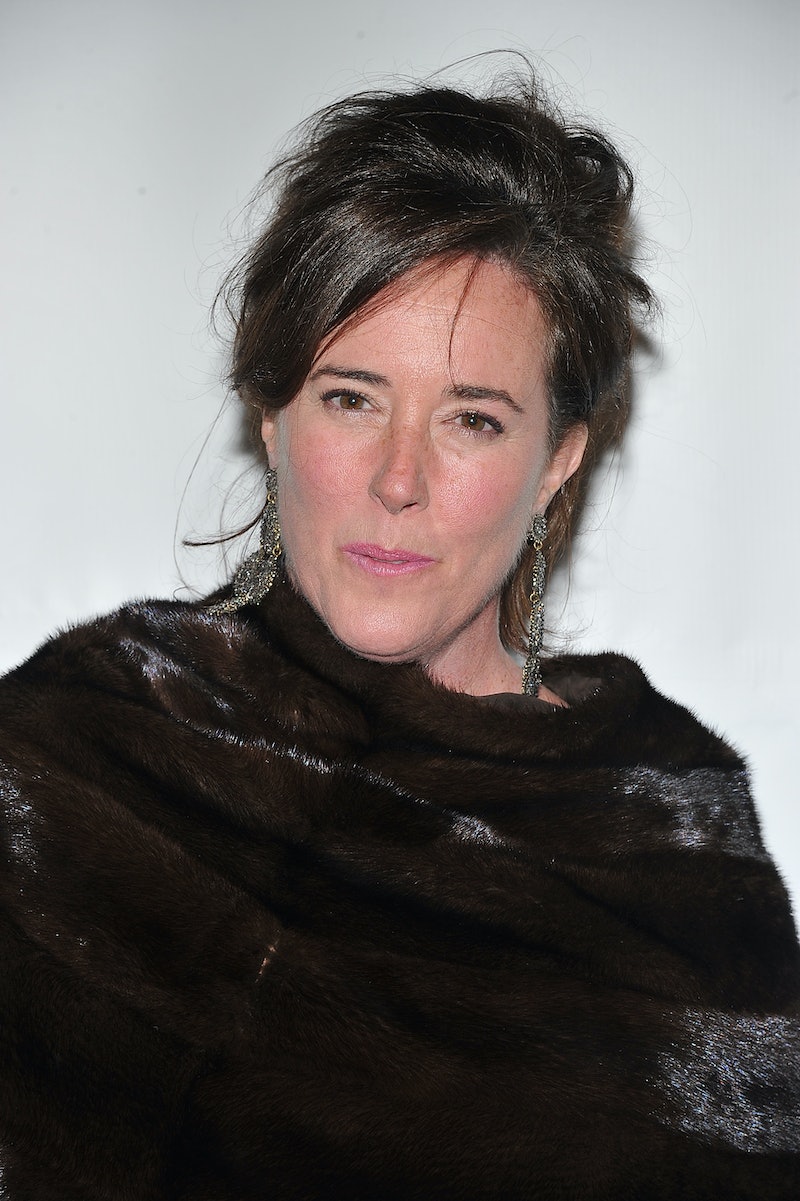 Fashion designer Kate Spade has reportedly died of suicide on June 5 in her New York apartment, according to the Associated Press. The cause of death is reportedly suicide. Spade was 55 at her time of death.

The iconic handbag and fashion designer started her career in 1991 as the senior fashion editor of Mademoiselle magazine. According to Racked, Spade, who went by Kate Valentine, got bored with seeing boring, "stiff classic" handbags, so she decided to start her own line with then boyfriend Andy Spade, whom she married in 1994.

Kate Spade New York has been known for its' fun approach to accessories since the very beginning. According to Racked, "sales jumped from $100,000 in 1993 to $1.5 million in 1995," before hitting $27 million in 1998. Although it started as a handbag line, it quickly grew to include jewelry, clothing, notebooks, and other accessories as well.

In 2000, the San Francisco Examiner reported that the Kate Spade as a brand had "joined the status signature company of Gucci's double-Gs, Chanel's double-Cs and Louis Vuitton's LVs." Kate and Andy Spade owned the company until 2016, when they sold Kate Spade New York to Coach. Jack Spade, the menswear line which was started by the couple in 1999, permanently closed its doors in January 2005.

After selling the company to Coach, Spade took time off from fashion designing to raise her daughter, according to TMZ. She then started Frances Valentine, named after her daughter, with her husband, and longtime business partners Elyce Arons and Paola Venturi. The brand currently offers shoes, handbags, and jewelry.

During her life, Spade received many fashion accolades, from CFDA honors to national awards, according to her website.

"In 1996, The Council of Fashion Designers of America (CFDA) honored Kate’s classic designs by awarding her America’s New Fashion Talent in Accessories," the Frances Valentine website reads. "She was honored once again by the CFDA in 1998 as Best Accessory Designer of the Year. In 1999, the Cooper Hewitt Museum exhibited Kate’s designs in the first National Design Triennial. Additional accolades include an Elle Decor International Design Award and House Beautiful’s Giants of Design, both in 2004."

Sticking to her quirky-meets-fun style of designing made the brand an instant hit to people who were looking for something different than the classic high-end bag. Kate Spade New York, which is now owned by Coach, still offers quirky handbags, like it's pineapple and flamingo designs. Spade continued the trend with Frances Valentine.

"The purses became something of a handshake," says Wall Street Journal fashion reporter Christina Binkley, according to Racked. "When two women met and saw they were both holding Kate Spade bags, they'd nod at each other and understand they were on the same page. It was very chic."

More like this
13 Exciting Spring Fashion Trends That Feel So Fresh
By Allie Fasanella
25 Cute Ski Outfits That Look Hot & Keep Away The Cold
By Bella Gerard
Harry Styles Has Become An Accidental Vinted Model
By El Hunt
TikTok Is Raving About Primark’s Affordable North Face “Dupe"
By Sam Ramsden
Get Even More From Bustle — Sign Up For The Newsletter
From hair trends to relationship advice, our daily newsletter has everything you need to sound like a person who’s on TikTok, even if you aren’t.