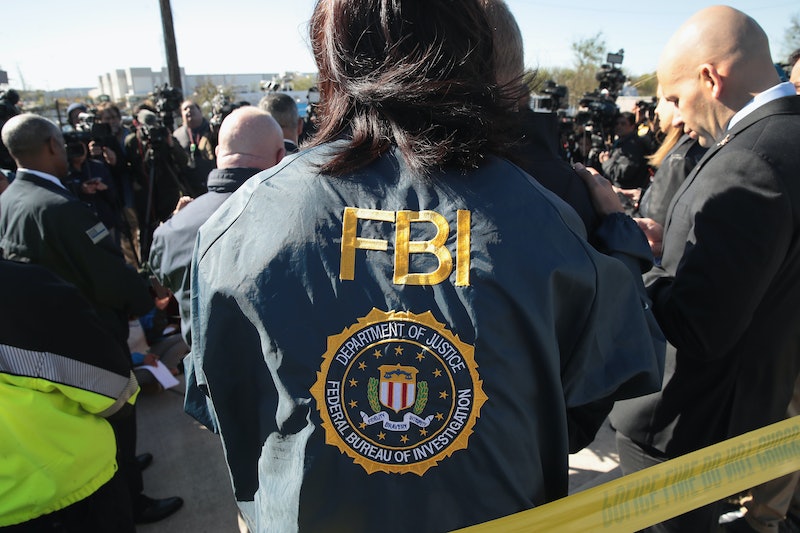 In a 72-page report shared to Twitter on Tuesday, anonymous federal agents detailed how the government shutdown is affecting the FBI. Published by the FBI Agents Association, which advocates for thousands of current and former FBI agents, it offers a glimpse into the minds of those who work for one of the government's most high profile agencies.

“The demoralization of employees is impacting operations because employees now have a significant point of stress distracting them as they perform their normal duties," one anonymous official from the agency's central region said, according to the report. "The shutdown has also created a safety concern because when employees should be laser focused on an operation, they have the distraction of worrying about making ends meet is in the back of their minds.”

Approximately 5,000 FBI employees have been furloughed because of the shutdown, The Atlantic reported earlier this month. This means that while they are required to report to work, they are not currently being paid. This is placing serious stress on many federal employees, including those who work within the FBI, per the report.

"The government shutdown is causing my wife and I undue stress, as we are expecting our first child soon and worry that money could be an issue once our savings are depleted, despite our pride in being financially responsible," one agent from the northeast region is quoted in the report.

The government has been shut down since late December, and as of Tuesday evening, there is no clear end in sight. At the root of the issue is President Donald Trump's insistence that Congress must approve $5.7 billion in funding to pay for a wall on the U.S.-Mexico border. Democrats have stalwartly refused to comply, and all attempts at negotiating have so far failed.

But as the shutdown continues and both sides remain at an impasse, government-backed programs are running out of funds, and thousands of federal employees are not receiving pay, including the FBI agents quoted in Tuesday's report. This is impacting the functions of the IRS, national parks, and the TSA, just to name a few groups.

"The shutdown has eliminated any ability to operate," an employee from the agency's western region said in the report. "It’s bad enough to work without pay, but we can only conduct administrative functions while doing it. The fear is our enemies know they can run freely."

Other anecdotes suggested that FBI employees weren't the only ones having personally negative experiences because of the shutdown. One agent, for example, remarked that "a crimes against children investigation is stalled because the forensic interviewer is unable to travel here to interview potential victim children and we are unable to ship evidence back to the case agents because pouch shipments have been postponed."

The government shutdown's known effects having been piling up in recent weeks. The extent of the financial, personal, and professional damage will likely not be known until the government reopens its doors.