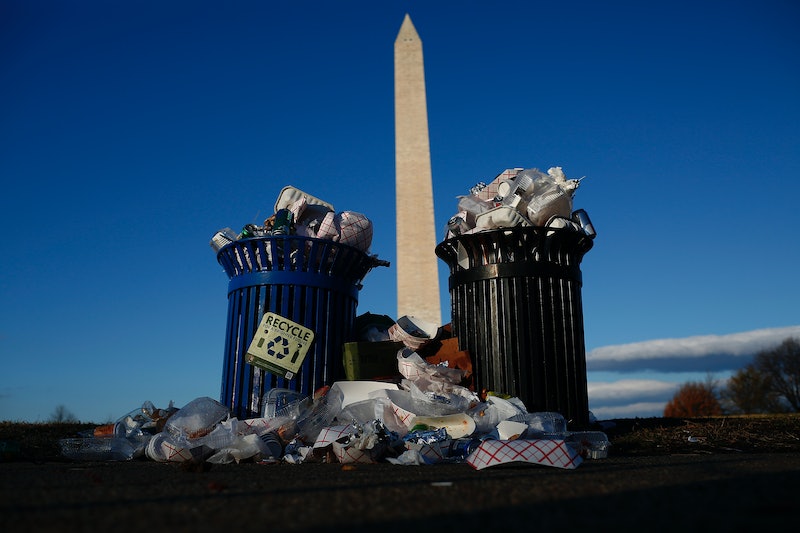 As the federal government enters its second week of a partial shutdown, its effects are starting to hit furloughed employees harder and harder. According to CNN, nearly one-quarter of the federal government will start the new year unable to go to work or working without pay, leaving many of those who live paycheck-to-paycheck scrambling to make ends meet. Federal employees who are going without pay are sharing heartbreaking stories about how the shutdown has affected them, and it reveals the human cost of partisan battles.

The partial shutdown began about a week ago after the Senate passed a stopgap funding bill with bipartisan support, but without funding for President Trump's border wall, according to CNN. Republicans expected the president to sign the measure, but he reportedly told GOP leaders that he would refuse to sign any bill without the $5 million in funding. The House later passed a bill with $5.7 billion in border wall funding, but it didn't have the bipartisan support required to pass the House, according to The Hill.

The new Congress doesn't begin until Jan. 3, which leaves an estimated 380,000 federal employees furloughed (or forced to stay home from work), and 420,000 working without pay, according to CNN.

And the effects are dire: one federal employee at the Bureau of Prisons in Texas who is working without pay told CNN she is planning her wedding, and this week she missed payments on her wedding reception venue and the church. If she puts those payments down now, she told CNN, then she might not be able to pay her rent or other bills if the shutdown continues. "My well-being is not at stake, but my dreams and hopes for something in life are being fractured and highly possibly shattered," the employee told CNN.

Raekwon Snyder, a government contractor for the U.S. Food and Drug Administration (FDA), told ABC News he doesn't agree with Trump's claim on Christmas Day that many unpaid federal employees support the shutdown. “I mean border security is great, but basically, that feels like extortion when he is holding our jobs hostage for this shutdown," Snyder told ABC News.

He said he's focused on providing for his girlfriend and their 8-month-old baby. "I got to make sure I keep a roof over their head and food in the fridge," Snyder said in an interview with ABC News on Tuesday night. "Basically, got to act like nothing's going on."

An unnamed employee with the Department of Homeland Security said she couldn't buy as many Christmas gifts this year ahead of the shutdown. "My son made a comment where he said Santa didn't give us as much as he did last year, and that was heartbreaking," she told BuzzFeed News.

The testimonies go on and on. Dena Ivey, a single mother who works in the Anchorage office of the Bureau of Indian Affairs, told The New York Times,

We’re sort of being held hostage in the middle, and we have families and obligations. I don’t know if I’m going to be able to make rent. I’m basically living on credit now.

Federal employees going without pay are staring down deadlines for January bills, regardless of Trump's claims that most of them support the shutdown. For many of them, the shutdown is putting their livelihoods at stake.