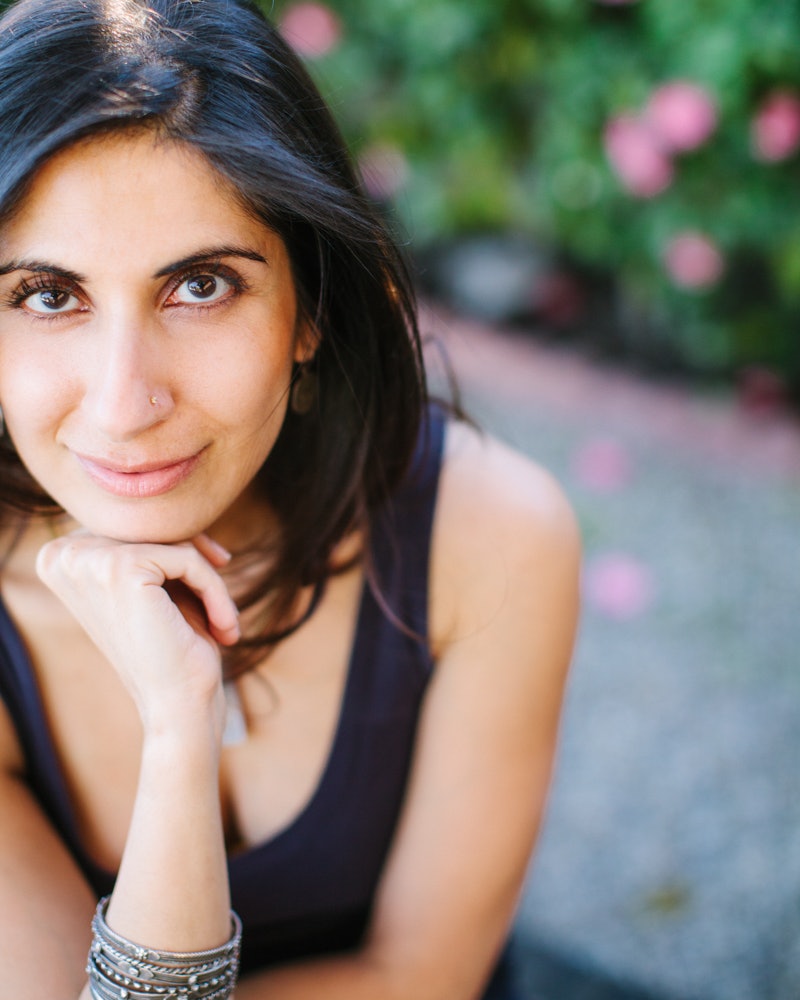 In the summer of 1947, all four of my grandparents (along with their own parents and countless brothers and sisters) boarded four separate trains in Lahore, Pakistan, and made the dangerous and fraught journey to New Delhi, India. They packed little — some clothes, a handful of their favorite books, family heirlooms, and tiffin boxes full of snacks for the journey, I imagine. By the time they crossed into the border of a newly Independent India and arrived at Delhi Junction Railway Station, they were all refugees. That’s all it took–crossing a border, seeking to escape the brutal violence that had broken out all around them, wanting nothing more than safety, and they were no longer just… people living their lives. Over the course of that journey they had become people who had no home to return to.

Like many refugees, the pain of this new reality didn’t hit them at once. They were focused on survival, of course, and deep down, they believed that their situation was temporary, that they would eventually return to their respective villages and cities, where they had locked their possessions into almirahs and cupboards.

Their memories of home were vivid and sometimes wistful, and these remembrances never left them.

Little did they know that they would never return to the place they called home, the place of their birth, and their parents birth, and their parents birth before that – really the only place my family — had ever known. They would spend the rest of their lives wondering about those homes they were born into, those spaces that shaped their earliest memories: Who lived there now? Did they tend the hibiscus plants in the front verandah? Did they cook barefoot in the kitchen with brick floors?

Their memories of home were vivid and sometimes wistful, and these remembrances never left them. They spoke of old friends they never saw again, neighbors who brought them kitcheree when they were sick. Occasionally, snippets of this former life would haunt them in their dreams. My grandfather once drew me a map of his neighborhood in Pakistan — “the corner store was here, and right here, there was a chai-wallah who had the best chai.” They spoke of this time sparingly, but with such detail and feeling that I couldn’t help but wonder if their narratives shaped my own experiences as an immigrant in a foreign country.

I came to the United States when I was three years old, but my memories of that arrival are just as vivid as my grandparents’ memories of the fateful trip they took across an arbitrary boundary. I remember traveling by air for the first time, flight attendants (back then, they were stewardesses) in red and blue uniforms, arriving at JFK airport in New York City and seeing a sea of white faces, and recognizing my father’s familiar face standing out in that sea.

It was winter and having lived in Delhi, I had never experienced snow. I had never felt the slap of New York cold on my face. I had never had the opportunity to ride in a yellow taxi cab. I think back on that cab ride to Queens, sitting between my mother and father, and I wonder now if in that moment, my parents believed — just as my grandparents had — that one day we would return home, too.

I spent a lifetime straddling two cultures, two worlds and like many immigrants, wondering about that parallel life I might have lived...

Still, ours was a different kind of story. There was separation, yes. After my arrival in the US, I only saw my grandparents once a year rather than every day. My mother was unable to return to India when her father died, six days after the birth of my sister. I spent a lifetime straddling two cultures, two worlds and like many immigrants, wondering about that parallel life I might have lived, had my parents chosen differently, or had another set of circumstances redirected our destiny.

That feeling of not quite belonging doesn’t follow you every day, like a shadow, but there are moments where the sense of dislocation becomes hard to ignore.

What I am trying to say here, by sharing the specifics of my own story, and my grandparents’ is that the movement of people across the globe is certainly not a new concept. Since humans have inhabited this planet, they’ve traversed it, settling in places either by choice or by the exigencies of their circumstances. But the stories of these journeys are deeply personal, complex and identity-forming. And while I want to draw a distinction between those who move to another part of the world by choice, and those who do it because their very lives are in danger, I believe that for many immigrants and refugees, “home” is a fraught concept. It is, and will never be simple after that journey.

That feeling of not quite belonging doesn’t follow you every day, like a shadow, but there are moments where the sense of dislocation becomes hard to ignore. For years, I had moments where I felt different, stereotyped, marginalized–because I’m brown, because I’m an immigrant: someone making an inappropriate joke about Indians, or complimenting my English or assuming, when I was at the doctor’s office that I am in fact, a doctor.

But in the aftermath of the election, after living in this country for thirty-something years, I truly felt like an exile in my own country. Whatever misgivings, hurt and outrage had till then, largely resided underneath the surface, coming to the fore now and then, now erupted in the form of an uncontrollable moral outrage. Immigrants, the hardworking people who struggled to make the journey into this country, adapt to its norms, learn its language–both literal and cultural, brush aside their own pain, ignore the epithets and stereotypes and microaggressions, integrate themselves and their families into a world where every now and then, they are reminded of their second-class status, were now being vilified as rapists, terrorists and druglords by a man who has never struggled, never paid taxes and is a sexual predator who is now willfully terrorizing the nation and seeking to separate innocent families.

I spent weeks in a therapist’s office after the election, my outrage so white hot that I could barely form the words to express it.

In moments of desperation, I’ve always turned to books to make sense of my outrage or loneliness. My thesis in college was, (unsurprisingly) about the literature of Partition, and I went back to the place, seeking the words of those who had experienced this feeling of exile before me.

Like many of the authors I read, I was already feeling nostalgia for another time, however imperfect that time might have been. But it was late one night, reading essays by Robert Bolanos that I came upon the kernel of truth some part of me had been seeking all along:

I know what it is to be displaced or alienated, but to be adrift in a world you can’t recognize is an entirely different thing, and regardless of your background or faith, we are all there now. We are all exiles, adrift in a new world.

I never considered that the path before us is always fraught–not just when you arrive on a new shore, but that time and time again, there are reminders that you are navigating unfamiliar terrain.

I always thought the greatest challenge of being an exile was the constant looking back, remembering the past, wondering about what you left behind, but I never considered that the path before us is always fraught–not just when you arrive on a new shore, but that time and time again, there are reminders that you are navigating unfamiliar terrain.

Even more terrifying than the sadness of what’s left behind is the uncertainty of what lies ahead of us: that dark mystery of the unknown, calling out to us. As an immigrant, as a writer, I know that the only thing to do when faced with that unknown is to delve into it headfirst, be flexible, change course when necessary, and learn from my mistakes.

And so it is with the #resistance. There will be times like that day at the women’s march when we all felt as though we were being carried by spirit of that crowd, and times when we will feel as though we are drowning. We don’t have a roadmap yet for how to feel, or what our days should look like, or how we can be there for those we love, because like any exile, we’re navigating entirely new territory.

But our empathy and compassion for those who have had to start over, those who have travelled great distances to find new versions of themselves can be our greatest guide. Now we are all exiles seeking a different future, a better one. And no matter what the regime tells you, this is the very definition of being human.

Aditi Khorana is the author of Mirror in the Sky and The Library of Fates, out July 2017. She lives in Los Angeles.