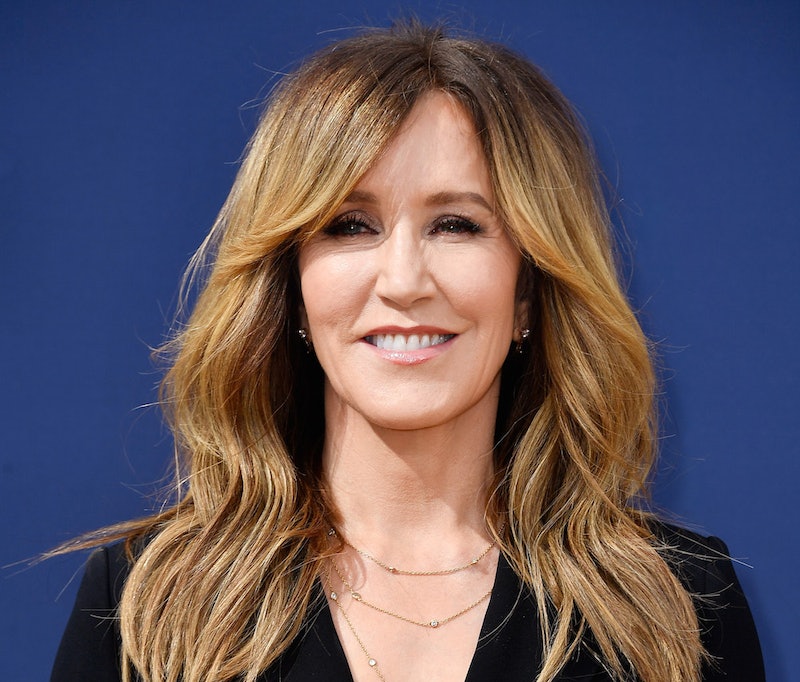 On Tuesday, Desperate Housewives actor Felicity Huffman reported to prison for her role in the high-profile college admissions scandal. Huffman is expected to serve a 14-day sentence at the Federal Correctional Institution in Dublin, California, a low-security prison for women in the Bay Area, according to USA Today. In addition to her prison sentence, a federal judge in Boston ruled that Huffman would need to pay a $30,000 fine, perform 250 hours of community service, and serve a year’s probation upon her release.

Back in May, Huffman, one of 51 people charged in the scandal, pleaded guilty to fraud and conspiracy for paying now-disgraced admissions consultant Rick Singer $15,000 to alter her daughter’s SAT test scores. Four months later, she was sentenced to prison, and is among 13 other parents who have agreed to plead guilty to the scam, while 17 others, including Full House actor Lori Loughlin, submitted not guilty pleas.

News of the college admissions scandal first broke in March when federal prosecutors uncovered an alleged criminal conspiracy to influence college admissions at top universities through bribery and other forms of fraud. Singer, the architect behind the whole ordeal, allegedly took $25 million in bribes between 2011 and 2018. He pleaded guilty to money laundering, racketeering conspiracy, conspiracy to defraud the U.S., and obstruction of justice. Singer faces a maximum of 65 years in prison and is still awaiting sentencing.

Prosecutors claimed that Huffman's husband, actor William H. Macy, as well as Loughlin and her fashion designer husband Mossimo Giannulli, were involved in the scheme that allegedly falsified test scores and bribed coaches to recruit their children as athletes for sports they weren’t involved in. Several others — such as university coaches, CEOs, and executives — also allegedly played a role in the scandal involving schools such as Yale, Stanford, USC, and Georgetown.

While Macy had initially been swept up in the scandal, he was not charged in the case for reasons undisclosed by authorities, according to the Los Angeles Times. Prior to pleading guilty in May, Huffman released a statement in early April, which read in part, “I am in full acceptance of my guilt, and with deep regret and shame over what I have done.” She continued, "I am ashamed of the pain I have caused my daughter, my family, my friends, my colleagues and the educational community," while also extending an apology to those individuals and "the students who work hard every day to get into college." She also claimed her daughter “knew absolutely nothing” about the situation.

Huffman is the first parent to be sentenced in the scandal, and she noted in her April statement that she will carry this "transgression" with her for the rest of her life.