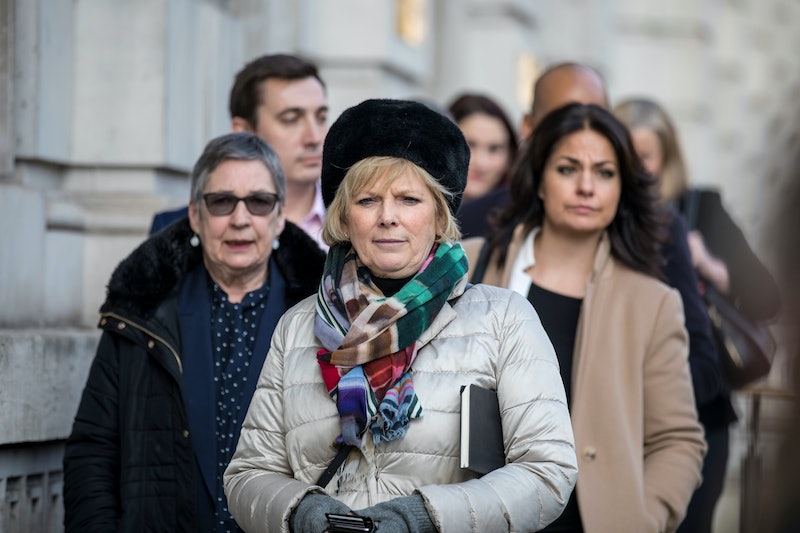 Entering politics as a woman can be an intimidating prospect. Despite the fact that women have been able to stand as an MP for 100 years, Parliament is still dominated by men. A new report by the Times has revealed that the day-to-day life of women in politics is perhaps even worse than people realised. According to the paper, female MPs are being harassed over Brexit to such an extent that they have been forced to move house and hire personal security.

Brexit has been a contentious issue in the UK ever since it came into the public's consciousness, but the level of harassment directed at politicians — particularly women — seems to be escalating as March 29 2019 draws nearer. The Times report reveals that police have advised one female politician not to drive herself, while another has been warned against travelling by herself at night. One female MP has even been advised against jogging in a park close to her home.

Speaking about the harassment that MPs face, Labour's Harriet told the Times: "What is at stake here is not just people’s safety but democracy — the victim here is not just the MP but also our democracy. It makes more of them more remote, it inhibits them from speaking out, and there is clear evidence with some MPs it is affecting the way they vote. We need to nip this in the bud."

Harman is one of many MPs that believes police are not doing enough to help protect the politicians who are being harassed. She told the Times: "I think the police have seen it as their job to protect the threatener rather than the threatened in the name of free speech." As the Guardian reports, dozens of MPs have already written a letter to the Metropolitan police commissioner urging for further action.

In early January, footage emerged of Conservative MP Anna Soubry being surrounded by pro-Brexit supporters chanting that she was a "Nazi," reports the Evening Standard. A week later, a man left Soubry a death threat via voicemail. As Nottinghamshire Live reports, the man was given a community order. And, earlier this month, a man was arrested for allegedly making death threats towards Labour MP Yvette Cooper, reports the Guardian.

The most horrific example of such behaviour occurred in June 2016 when Labour MP Jo Cox was murdered by a right-wing extremist. Fellow MP Paula Sheriff told the BBC: "There has been a huge increase in far-right abuse since the death of Jo." Sheriff has been targeted with death threats and had swastikas left outside her office last summer. She added that she has "no faith" in the police.

A few months after Cox's murder, the Inter Parliamentary Union released the results of a survey examining the abuse female politicians around the world face, the BBC reports. Over 80 percent of respondents said they had experienced some form of psychological or sexual harassment or violence. A female European member of Parliament said she had once received more than 500 rape threats on Twitter over the period of just four days.

In November, The Fawcett Society released a study that showed how many obstacles women who are looking to enter the political world face. Many female candidates and elected MPs reported experiencing harassment and threats of violence from the public, media, and people in their own party. Some women — especially those from marginalised groups — were even discouraged from running because of the potential for such threats.

The Fawcett Society's findings could help explain why men still outnumber women two to one in Parliament, as campaign group 50:50 Parliament reports. 50:50 Parliament — which was set up to encourage women from all backgrounds to consider becoming an MP — states that, at the current female-election rate, it will take more than 50 years to achieve gender equality in Parliament.