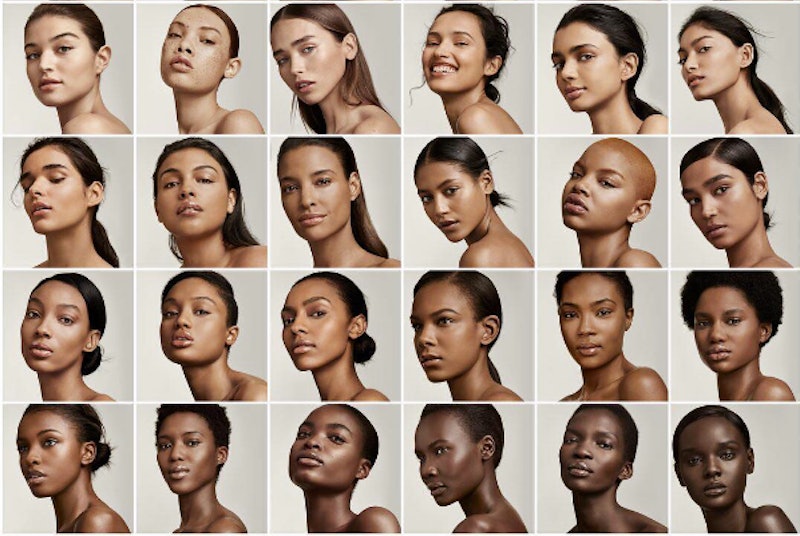 Fenty Beauty was the makeup launch heard around the world — literally. Rihanna started out with a bang by releasing all 90 products in 17 countries at 1,600 stores. Despite the hype and the instant-popularity of the products, the brand has yet to sell out of a single product online.

With a million followers on Instagram just days after the launch and a wide variety of products, it's hard to believe that every single one of the newly released products is still up for grabs on the Sephora and Fenty Beauty websites.

Fenty Beauty came prepared for a major launch, and all the planning and prepping that comes with it. In fact, it could just be the most successful celebrity brand launch ever. The growth of the beauty industry in the past year was a whopping 6 percent. That makes the beauty industry one of the fastest growing industries in the U.S. It surpassed the food industry, known typically as one of the largest, which only had a growth rate of 5.5 percent this past year. It's no surprise that celebrities want their hands in the beauty pot.

When it comes to comparing celebrity beauty lines, a few things come into play. The biggest factor, of course, is the products. There's no denying that Fenty Beauty is already more inclusive out there than other celebrity-made brands.

With 40 different shades and a gloss that was designed to look good on everyone, this brand set out with a mission to be inclusive.

People have already started comparing celebrity product ranges just days after Fenty Beauty's launch. For instance, fans of Rihanna's line roasted Kylie Jenner on Twitter after Kylie Cosmetics posted a photo of a model of color in the wake of the Fenty Beauty release. Critics were commenting that the brand only posted the image to show that they had some shades for dark skin, which didn't sit well with a large majority of the makeup community.

That's not the only reason that people have been comparing the two brands. Makeup lovers have also noticed stocking differences between celeb brands. It's almost unbelievable to think that Fenty Beauty is still in stock after all the hype surrounding the products. It's a fact that has all eyes on other celebrity brands, like KKW Beauty and Kylie Cosmetics.

How is it that Kylie Cosmetics can sell out its stock of Lip Kits in less than a minute, but Fenty Beauty can stay available for days — maybe even weeks — after its initial launch? Well, there are a few reasons.

Fenty Beauty is a partnership between Rihanna and Kendo, a beauty developer that is responsible for brands like Kat Von D Beauty and Marc Jacobs Beauty. The developer is know for its successful launches just about as much as Kylie Cosmetics is known for its super-fast sellouts.

Jenner works with the company Spatz Laboratories in Oxnard, California to make her products. (Yes, that's the same factory that produces ColourPop, but that's for another time.) It's quite possible that Jenner's brand cannot produce as many products as Fenty because Spatz splits its' 80,000 square foot lab with other companies.

It's also worth factoring in that Jenner sells her products directly on the Kylie Cosmetics website, while Rihanna's went to 1,600 stores and multiple Sephora websites.

Bustle reached out to both Sephora and Fenty Beauty to see how well the products were selling, but neither could comment at this time.

If you make inclusive products, more people will wear them. It's just a fact. And that means the models you can feature are of all different backgrounds and experiences — not just cut from a single mold,

Because Rihanna took inclusivity into account when she made and teased her products — not just when they were already on the market — she got a vast and loyal audience. That, my friends, is how it's done.

When Fenty Beauty was teased on the Sephora website before launching, the line featured the slogan "the future of beauty." Since the release of the products, the brand has ditched the saying and instead let the products speak for themselves. And, indeed, the wide-ranging beauty items are saying the exact same thing.

Fenty Beauty is the future of beauty — as a celebrity-created brand or otherwise.