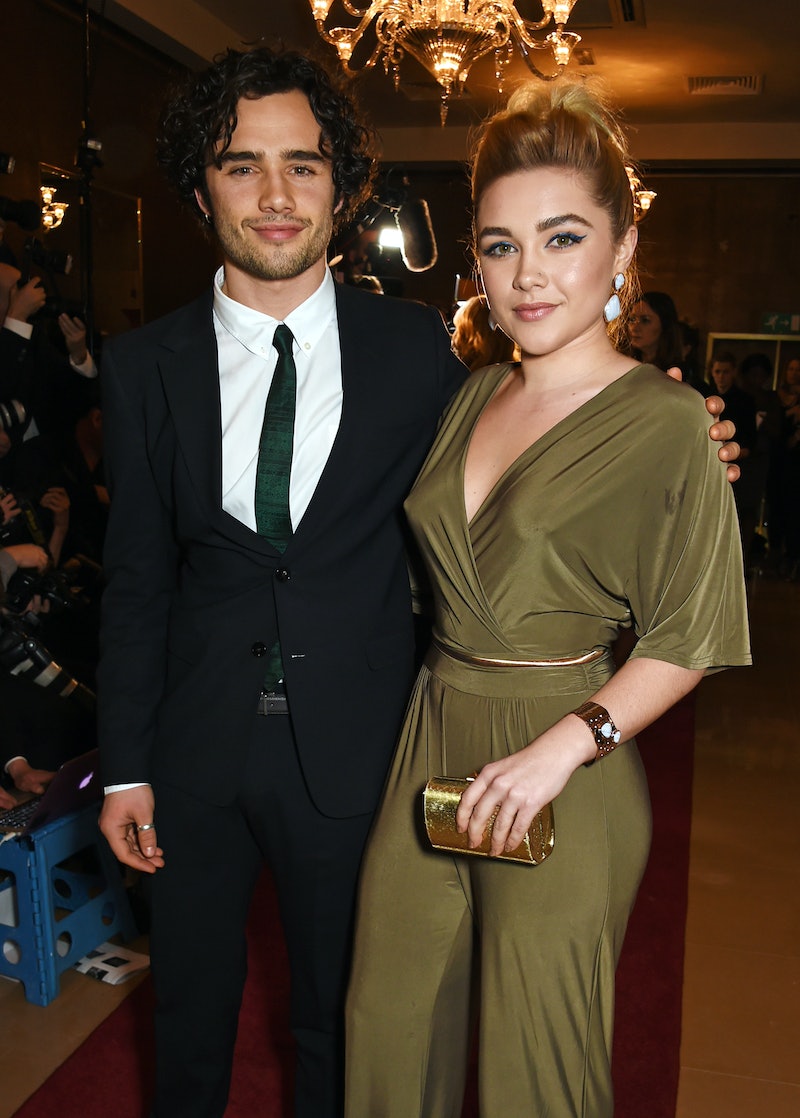 Florence Pugh has written a huge wave this past year with rave reviews for her horror film Midsommar and an Oscar nomination for her performance in Little Women. But did you know her sibling has been on our screens for years now? Neither did anyone else. Florence Pugh's brother was in Game of Thrones, and his character on the HBO show even almost married into the Lannister family. Talk about a complicated family situation.

Pugh's older brother Toby Sebastian appeared in the series as Prince Trystane Martell, the oldest son of Prince Doran Martell of House Martell, who ruled over the kingdom of Dorne, as initially reported by Entertainment Tonight on Wednesday, Jan. 15. He was only in five episodes, but fans may remember him as the poor soul who was set to marry Myrcella Baratheon, daughter of Cercei Lannister. He was murdered in Season 6. What a shame.

The actor's birth name is Sebastian Toby Pugh, so he actually shares the same last name as his famous sister, but little did fans know that he was actually on one of the most popular shows in the world before Pugh's rapidly growing rise to stardom. The last name thing really tripped us all up, didn't it?

Not only are Pugh and Sebastian siblings, but they're pretty open about sharing their brother-sister bond. The two often appear on each other's Instagrams, whether they're supporting each other's projects or just having some good ol' family fun. Most recently, Sebastian congratulated Pugh after she received her first Oscar nomination, and paid tribute to her by posting a photo of the two of them mock-fighting, as siblings do. "You have worked your arse off and you’ve been exquisite in every single one of your performances," he wrote. "Proud doesn’t cover it. Congratulations fatso, I love you," he concluded, complete with a heart emoji that basically cancels out the rude nickname.

Pugh is similarly supportive of her brother, even encouraging her Instagram followers to listen to his new single back in June. Yes, GoT alum Sebastian is also a musician, who released a slew of singles and an EP named Hamliar in 2019. Can he convince his sister to record music as well? Pugh would make a great pop star, Oscar nominations and all.

More like this
Alicent's Green Dress In 'House Of The Dragon' May Be An Act Of War
By Kadin Burnett
'House of The Dragon' Episode 6 Will Take Place A Decade After Episode 5
By Kadin Burnett
Nicola Coughlan Shared A Lady Whistledown Excerpt From ‘Bridgerton’ Season 3
By Grace Wehniainen, Alyssa Lapid and Sam Ramsden
The 'Andor' Timeline, Explained
By Gretchen Smail
Get Even More From Bustle — Sign Up For The Newsletter