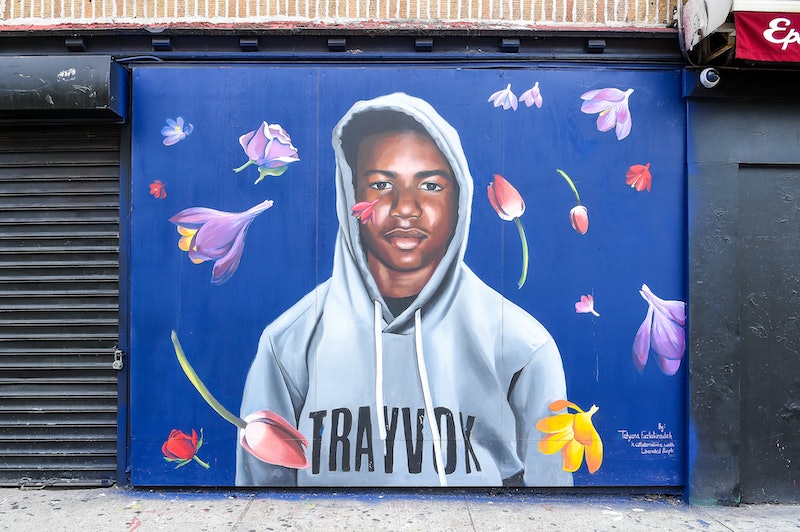 The law in Florida protecting people who shoot another person in self-defense rose to national prominence in 2012 following the death of 17 year-old black teen Trayvon Martin. Now, following a court ruling, Florida's "stand your ground" law will protect police officers in addition to private citizens. This will come into play in wrongful shooting cases, reports say, making it even more difficult to potentially prosecute police officers.

The Stand Your Ground law in Florida offers immunity to those who can claim that they killed another person in an act of self defense, according to The New York Times. As the Times explained, a successful claim under the Stand Your Ground law during the pretrial phase of the case means that the defendant can avoid prosecution entirely. Up until today, only private citizens had ever attempted to claim Stand Your Ground immunity — but now it's an option for police officers as well.

The case that expanded Stand Your Ground began in 2013, as CNN wrote. Peter Peraza, a sheriff's deputy in Broward County, killed Jermaine McBean, a 33-year-old black computer engineer who was carrying an air rifle across his shoulders. As The New York Times explained, Peraza swore under oath that McBean had ignored his shouted orders to drop the rifle, and that Peraza had only shot McBean after that.

Later, the Times wrote, photographic evidence revealed that McBean had been wearing earbuds when Peraza shot him, which went directly against Peraza's sworn testimony that there had been nothing to prevent McBean from obeying his orders to drop the gun. According to a disposition from the case, McBean was mentally ill, and the air rifle was not loaded. However, CNN wrote that Peraza believed McBean to be aiming the rifle at him.

When Peraza's case came in front of a grand jury, it indicted him for manslaughter, according to The New York Times. A judge at a pretrial evidentiary hearing, however, found that Peraza's case didn't need to go to trial, because Peraza could claim immunity under the Stand Your Ground law.

Before the claim in Peraza's case, though, CNN wrote that Stand Your Ground had never been applied in a case regarding a police shooting where the facts of the shooting were disputed, as they were for Peraza. The state appealed over Peraza's right to Stand Your Ground immunity, and the case eventually made its way to Florida's Supreme Court — which ruled 7-0 that it covers police officers as well, according to ABC.

The potential repercussions of this ruling are significant. As The New York Times explained, it shifts the court's power from juries to elected judges, who often gain their positions with support from local police unions.

“Every unscrupulous law enforcement officer in Florida who kills a civilian now in suspicious circumstances will say he feared for his life," said David Schoen, a lawyer representing McBean's family in a civil rights case, speaking with the Times. "Even with eyewitnesses saying otherwise, he walks and can’t be arrested or charged or brought to trial after this decision. It’s an injustice, it really is.”