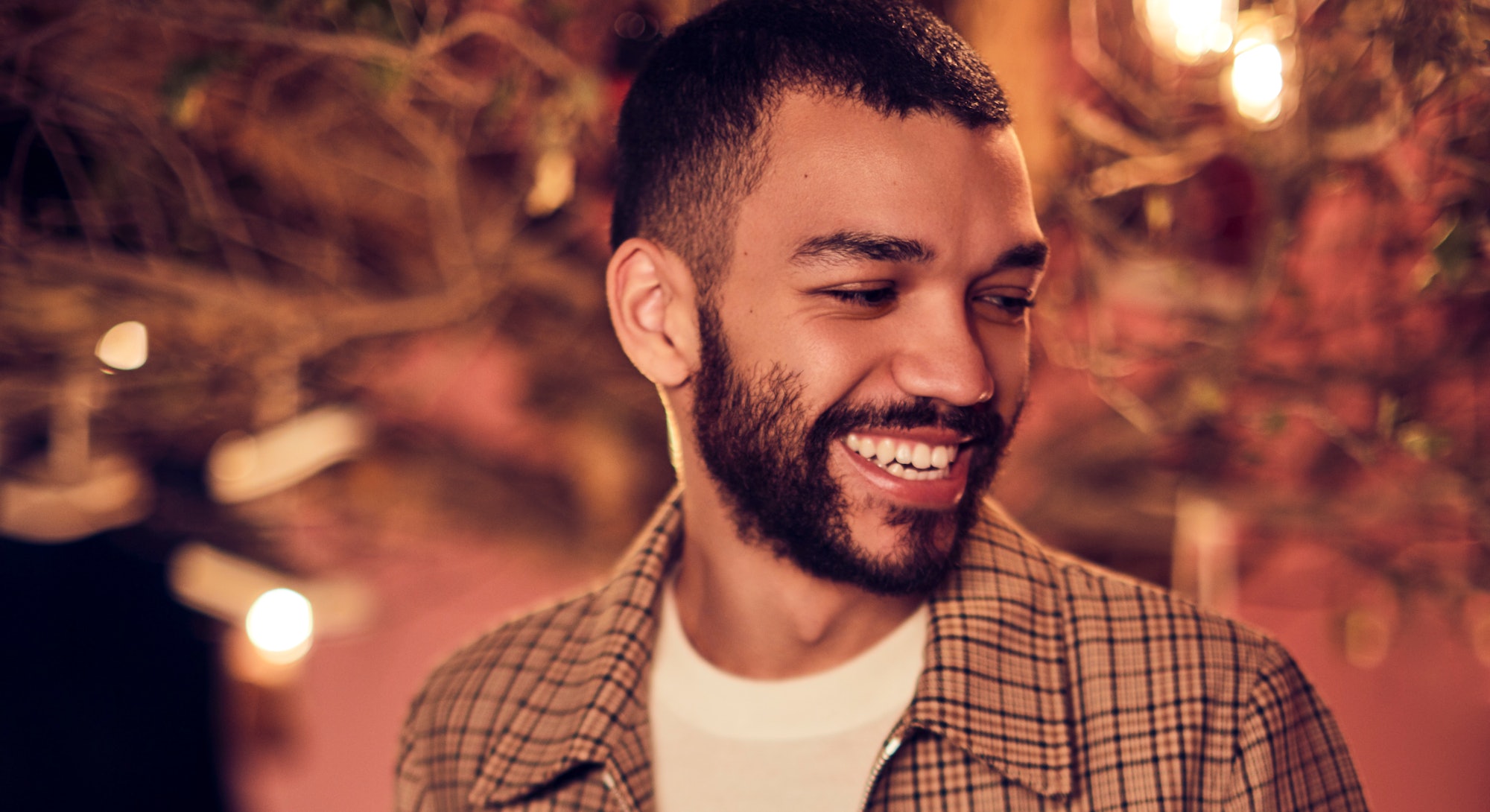 When Justice Smith first took the role of Theodore Finch in All the Bright Places, it felt personal. Finch is a lot like the Smith I saw when we were in high school together at the Orange County School of the Arts in Santa Ana, CA: hyper-introspective, selfless, with an uncanny ability to make people laugh even in the darkest moments. “The whole movie just felt I was in high school again, not in a general sense, but my life in high school,” Smith tells me when we sit down to discuss the novel-turned-movie now out on Netflix. Getting inside Finch’s head meant revisiting a time riddled with uncertainty and anxiety, but Smith, 24, felt it was important to tell this particular story.

“He acts like he is all knowing about pain and struggle because he does it alone. But in reality, he needs somebody to help him,” Smith says. “There were certain [days] that were hard for me because of how close to home they were.”

All the Bright Places, based on the book of the same title by Jennifer Niven, is both a love story and an exploration of adolescent trauma. Violet (Elle Fanning) is mourning the loss of her sister. Finch is also grappling with his mental health. As the two partner up on a class project that takes them on an adventure throughout Indiana, Finch is determined to pull her out of sadness. He sings her songs, makes her laugh, and never expects her to pretend that she’s “ok.” But as Violet starts to heal, Finch begins experiencing dark depressive episodes, shutting himself off from the world for days on end. (The book more explicitly calls out about his bipolar disorder, while the movie leaves it unnamed.)

“He acts like he is all knowing about pain and struggle because he does it alone. But in reality, he needs somebody to help him,” Smith says. “There were certain [days] that were hard for me because of how close to home they were.” While it was easy for him to relate to the character, the actor also did a lot of work to get into Finch’s headspace. Smith began running — one of Finch’s preferred activities — and listened to a ton of Sufjan Stevens, whose songs like “I Want To Be Well” reminded him of the character. But some of Finch’s other traits Smith just felt more intrinsically.

Smith is one of eight children born to Duilia Setacci and Wayne Smith, both performers in their own right. Growing up with artistic parents, Smith always threw himself headfirst into all his creative pursuits. He found refuge in Shakespeare and Bert V. Royal plays and would do just about anything for an improv bit. He was known to be a singular talent — able to totally lose himself in the characters he played on stage. But he never internalized the praise. “I felt very abnormal in high school,” says Smith. “I didn’t realize my abnormality was being celebrated until after I got out.”

Where Smith and Finch diverge is in the support they had in difficult moments. Smith had mentors, friends, siblings and parents who were there for him, unlike Finch who only really has his sister and Violet — and pushes the two away when things get tough. Smith also had the tools to seek help when he needed it, in large part because of the community that surrounded him. “[Our school] was so liberal, it was all about self-care and expression and I was fortunate to learn how important it is to reach out, how important it is to not struggle through something alone,” he says.

These days, Smith is no longer that “abnormal” feeling kid, but rather an exciting talent to watch. He’ll follow up his role in All The Bright Places by starring alongside Euphoria's Sydney Sweeney in The Voyeurs, and appearing in the upcoming Jurassic World: Dominion. But as his star continues to rise, playing Finch will always remain an important experience for Smith. One that afforded him the opportunity to reflect on those crucial teenage years, and also solidified all the ways he’s grown since.