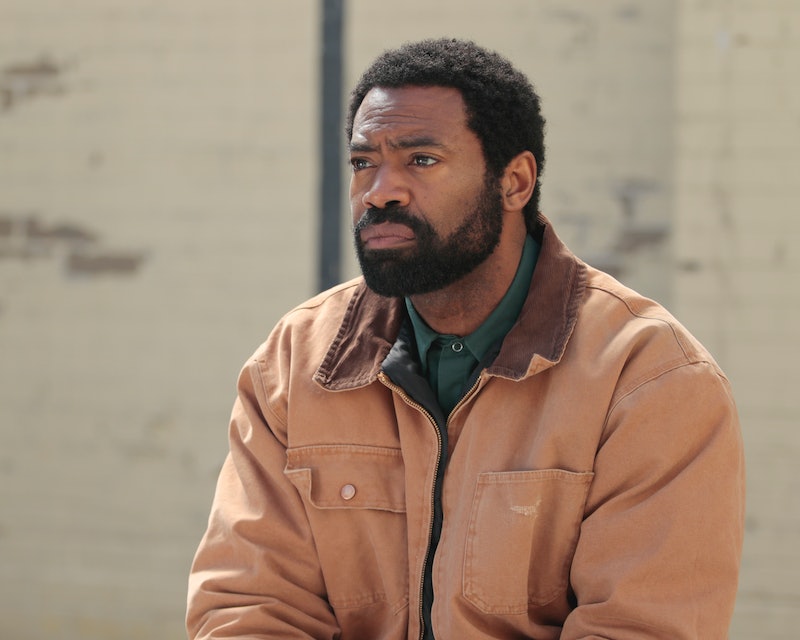 ABC's newest drama, For Life, takes everything you know about legal dramas and flips it inside out. Rather than following lawyers duking it out in the courtroom, it centers on a wrongfully convicted man working as a lawyer in prison, both to advocate for himself and to help his fellow inmates. The kicker? For Life is based on a true story.

Though a fictionalized retelling, the show takes inspiration from the life of Isaac Wright Jr., who serves as an executive producer alongside 50 Cent. According to the legal site Justia, Wright was charged in 1989 for leading a cocaine trafficking ring. Though he maintained his innocence, he told Esquire that he "knew early on" he was going to prison and that "there was nothing that no one was going to be able to do to help" him. In 1991, he was convicted.

While in prison, Wright decided to take matters into his own hands and teach himself about the legal field. He used his knowledge to work on his own case, as well as to help his fellow inmates; per Deadline, he assisted 20 people in getting their charges dropped.

In 1996, Wright was able to successfully exonerate himself, too. After New Jersey prosector Nicholas Bissell was convicted on charges including embezzlement and abuse of power earlier that year, the New York Times reported Wright and his lawyer were able to prove that Wright's conviction "was based in part on an illegal seizure of cocaine by Mr. Bissell's detective squad and on perjured testimony by three co-defendants who had been offered leniency by Mr. Bissell." The judge ordered a new trial, but the new prosecutor delayed it "indefinitely," and Wright was released.

Afterward, Wright graduated from college and law school, eventually passing the bar in 2017 (he originally passed in 2008, but was investigated by the New Jersey Bar's Committee on Character for nine years). Wright told Esquire he now works as a general practitioner who specializes in criminal law for the New Jersey law firm Hunt, Hamlin, and Ridley. Making the show, he said at a Television Critics Association panel, was "therapeutic" for him.

Despite the painful ordeal, Wright has a positive outlook today. "I became the system in a way that was triumphant," he said. "I was a victim of the system and ultimately became a better part of the system."