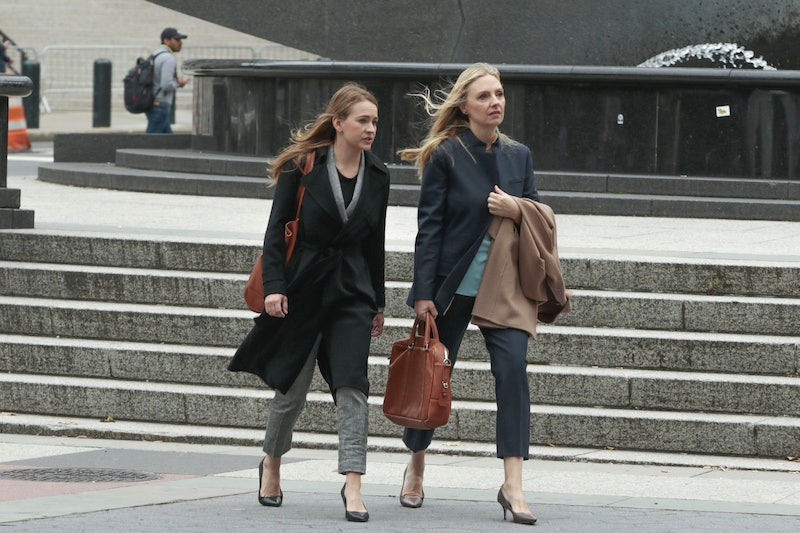 For The People Season 2, Episode 1 spoilers ahead. Many cases in the first season of For The People drew inspiration from real events going on, and Season 2 is no different. The For The People "swatting case" is based on a real crime trend that has become popular within the online gaming community. According to NPR, "swatting" is when someone makes "a false report of an ongoing crime so serious that a SWAT team or large group of officers shows up."

The Economist reported that, in some cases, gamers appear to time these "swattings" to when the target is livestreaming so that they can witness the chaos go down live.WIRED reported that the "goal" of swatting another person is to terrify and surprise them when the SWAT team unexpectedly shows up at their house. An anonymous former Call of Duty player and reported swatter told WIRED that he believed using swatting helped fellow players realize their actions online weren't consequence-free.

"When you’re on the internet and your actions have little weight in real life, and then suddenly that translates into something as physically heavy as a swatting, it makes you realize the weight of your actions on a computer ... [swatting does] reestablish boundaries on the internet for them and remind them that just because they were behind a computer talking sh*t, it didn’t mean they were untouchable.”

In For The People, the swatting occurs when one online gamer called in an active shooter threat to what he believed was his target's house. But the address was actually the New York senator's son's house. When the senator came out the front door, he was shot and killed by police — who believed him to be the supposed active shooter. The fictional case is actually eerily similar to a real one that unfolded in Wichita, Kansas in 2017.

According to WIRED, in that instance Tyler Barriss made a 911 call to claim that he'd just shot his father and was holding his mother and brother hostage as well as considering burning down the house. Barriss believed he had directed officers to his target's address, but he had the wrong house. A confused Andy Finch opened his door to see scores of officers with their weapons pointed at him. He put his hands up, but one dropped a bit and an officer fired, thinking he was going for a weapon. Finch was later pronounced dead.

NPR reported that Barriss pleaded guilty to "making a false report resulting in a death" — one of 51 total charges he accepted in a plea deal. NPR reported that, according to the Wichita Eagle, the prosecutor in the case will recommend 20 years in prison at Barriss' sentencing. According to the Cincinnati Enquirer, Barriss' sentencing is March 29.

The Economist reported that swatting used to be reserved more for attacks on celebrities. Stars like Justin Bieber, Tom Cruise, Miley Cyrus, and Paris Hilton have all been subject to false SWAT raids. But now the online gaming community has taken up the trend. Former FBI swatting expert Kevin Kolbye told The Economist that he estimates that there are now over 1,000 swatting incidents per year — a huge jump from the estimated 400 in 2011.

On the show, the incident seems unbelievable — but it's all too real. And utilizing the world around us to inspire fictional cases is something For The People has done since its inception. "The federal judiciary has been more prominent in the news ... since Trump was elected, and that to me is something that’s important for us to contend with," show creator Paul William Davies told the Los Angeles Times. "We live in our own universe on TV, but a lot of these real-world issues that are coming up are ones we have an opportunity to engage with."

In other words, don't expect this swatting case to be the last one with real-world ties that the show addresses and spreads awareness about. It may be a fictional series, but the cases it deals with can be scarily real.