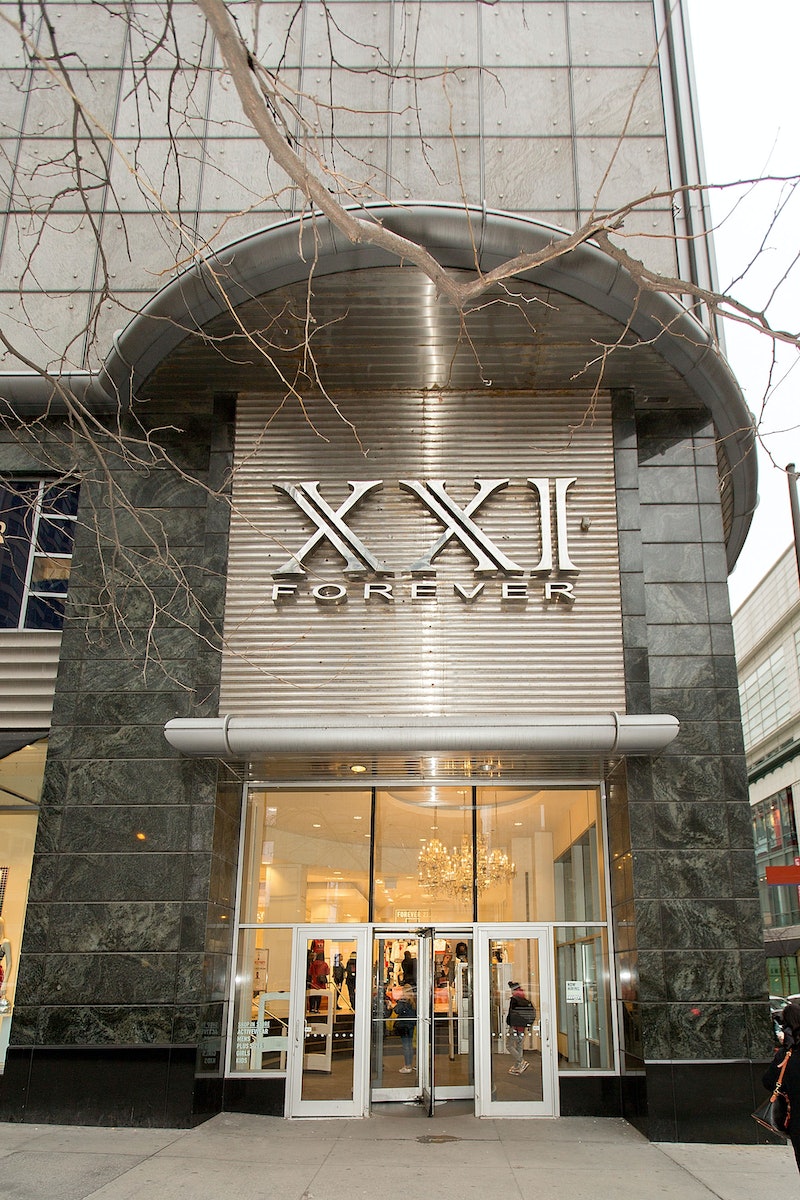 Forever 21 might be a staple for many budget-conscious shoppers, but that might not be for long. Forever 21 is preparing for bankruptcy filing, according to Bloomberg. The fast fashion store is reportedly considering the filing after struggling with sale drops.

According to Bloomberg, Forever 21 has been trying to secure additional financing, but negotiations with lenders have stalled. The company also brought in a team of advisers this month to help restructure and manage debt, as well as look at and evaluate its 800+ stores worldwide. According to Forbes, an industry analyst estimated that sales dropped by 20% or 25% in 2018.

Filing for bankruptcy wouldn't mean that all of the Forever 21 locations would close though, so shoppers wouldn't lose the brand completely. Instead, the financial move would help Forever 21 close under-performing locations and restructure its finances to move forward.

While it might sound like a potentially easy fix, closing stores across the U.S. can have a ripple effect. Mall owners will be affected by this location shuttering, since Forever 21 is one of the biggest mall tenants in the country. In the mid-2010s, when many retailers were shrinking their mall presence or filing for bankruptcy, Forever 21 swooped in and bought the retailer's closed store fronts. The brand went from 480 stores in 2010 to 600 stores in 2014. Now it has 800 stores in 2019.

Because of this, the mall landlords could have trouble filling the empty Forever 21 storefronts with new shops. This could potentially endanger shopping centers.

According to data from Green Street Advisers, a third of shopping malls are at risk of closing as a result of store closings. Major retailers like Gap, Toys R Us, JCPenney, and Sears have been closing multiple locations, and this liquidation has a ripple effect.

This can mean that malls could become obsolete in the near future. So if you like driving to the mall and wandering around its levels like you did back in the early-2000s, that might be a thing of the past soon.

This is partly in thanks to online shopping. More and more people are buying everything from clothing to groceries online, which makes driving to the mall an unnecessary task. Brick-and-mortar is no longer as appealing as getting a purchase sent directly to your door.

Forever 21 is now part of a phenomenon called the "retail apocalypse," which captures how retail stores are closing in record-numbers. In 2019, retailers have announced more than 8,000 store closures.

Not even department stores are immune. JCPenney is closing 27 stores, Henri Bendel is shuttering 23 stores, Barneys is retiring 15 stores, and Macy's is closing nine stores.