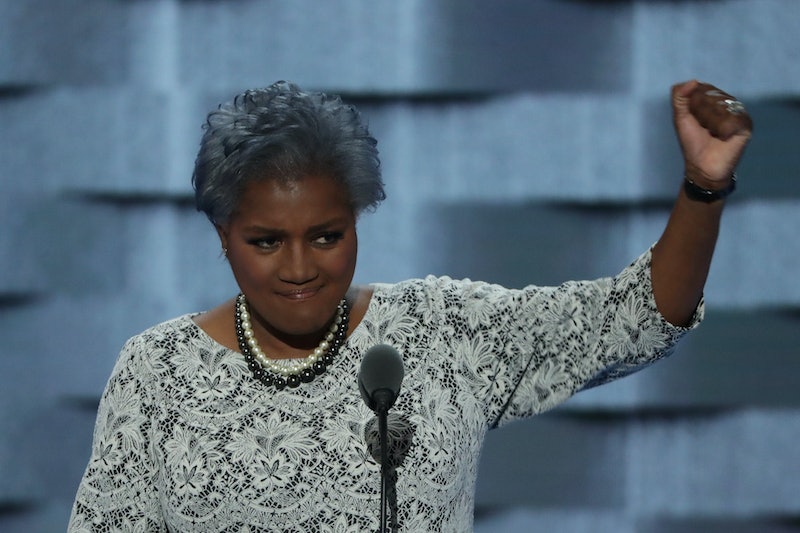 Titled Hacks: The Inside Story of the Break-ins and Breakdowns that Put Donald Trump in the White House, the book will hit shelves November 7, 2017. In a release from publisher Hachette, who acquired the world rights earlier this week, the book is "equal parts campaign thriller, memoir, and roadmap for the future," and will document the “missteps, miscalculation and crimes of 2016.”

In 2000, Brazile became the first African-American woman to run a major presidential campaign when she stepped into the leadership role for Al Gore. Following a brief stint in 2011 as interim DNC chair, Brazile served as vice-chair to Debbie Wasserman Schultz. Following Schultz's resignation on July 24, 2016, after an email hack implied Schultz's bias against Bernie Sanders' campaign, Brazile once again stepped up as interim Chairperson until another email hack revealed she had leaked a question in advance to the Clinton campaign. The aptly titled Hacks will be Brazile's second book. Her first, memoir Cooking with Grease: Stirring the Pots in American Politics, was released in 2004 by Simon & Schuster.

Hacks will reportedly detail the Russian hacking of the DNC, President Donald Trump's tactics, and Hillary Clinton's response to, well, all of it. The book "will not only set the record straight, but also provide a cautionary tale for future elections," says Hachette Books publisher Mauro DiPreta.

"At a moment when our democracy is in crisis, it’s time to tell the truth about what went wrong in 2016," said Brazile in announcing her latest book. "Our nation is under unprecedented assault, and if we don’t get the facts out, it will happen again — and worse than you can imagine.”